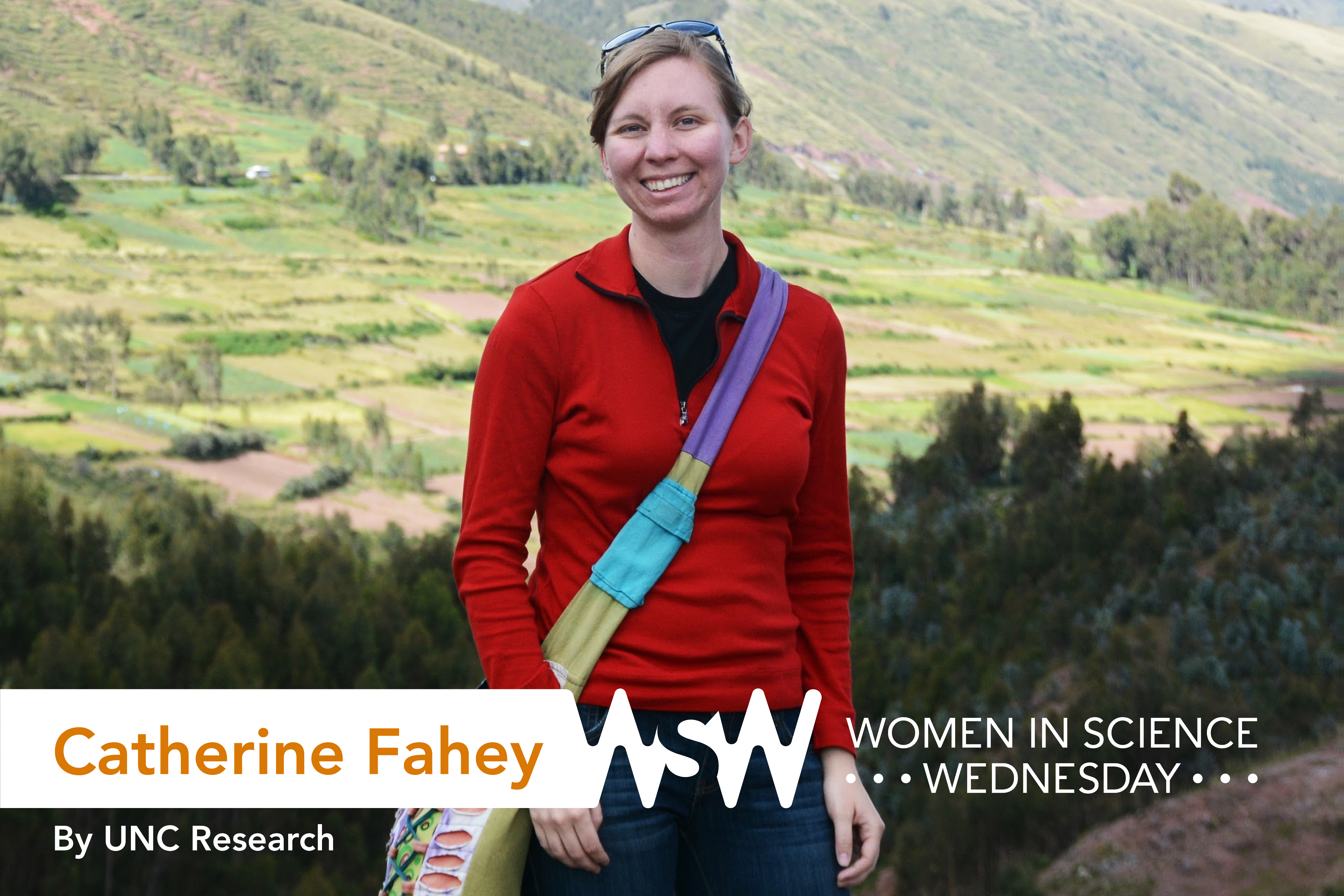 My response to that question was all over the place growing up. In kindergarten I wanted to be a teacher. In elementary school, a lawyer. In middle school, a performer.

I took AP biology as a junior in high school with an instructor named Mr. Long — my favorite teacher. All the honors and AP biology students attended a lecture given by an Indiana University professor who discussed what was going on in scientific research at that time. He spoke about personalized medicine, new opportunities for gene therapy, and understanding the role of mutations in cancer development. I had never been so engrossed by a lecture before. Afterward, I asked Mr. Long how I could pursue the things the professor had discussed. On his advice, I asked about research opportunities at every college visit I went on. 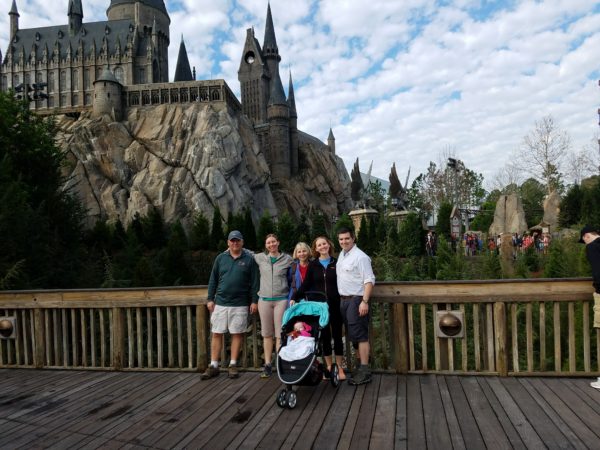 Fahey (second from left) and her family celebrated her successful dissertation defense with a trip to the Wizarding World of Harry Potter at Universal Studios.

Lots of funny things happen when you put intelligent creative people in a stressful environment together. One day my colleague Kate was having a bad day, and I offered to tell her a joke to cheer her up. It was not a good joke, but it did the trick. She then appointed me the lab morale officer, and my job was to tell a joke every day. I did this for almost three years — until after she graduated and stopped asking for the joke of the day. Now, anytime someone tells a bad joke, I have most likely heard it (because I had to look up a ton of them).

For journal club one week, my principal investigator selected an article on subtle gender bias in science faculty. This study showed professors rated “John” higher than “Jennifer,” and offered John more money, despite the fact that they had identical resumes. We need to continue breaking barriers to increase the presence of women in science, so that one day real Jennifers will not be assumed to be less competent than Johns purely because of their gender.

Have confidence in yourself and your abilities. It can be hard to believe in yourself when experiments are going badly and nothing makes sense, but you didn’t get where you are completely by luck. Things are not always going to work, and it’s going to be hard, but try not to let that shake the foundation of who you are, what you are doing, and why you are doing it.