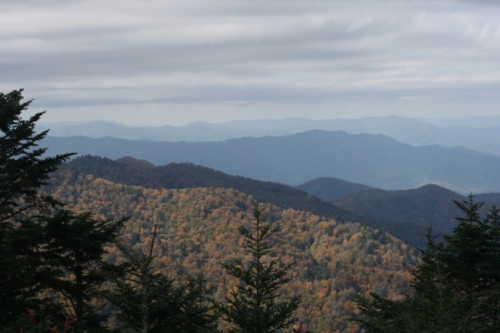 Over the past two decades, U.S. forests have grown denser. More wooded lands are being protected from development, and more logging companies are replanting forests to grow back thicker than before they were cut. Trees pull carbon dioxide out of the air, and some scientists think that more trees will mean slower global warming. But trees may also be blunting the effects of climate change, says UNC plant ecologist Peter White, just by blocking the sun’s rays.

Every type of plant or animal has a range of temperatures it likes best. “We all know that we like to sit in the shade on a hot summer day,” White says. Just like people, some plants need both sunlight and shade to thrive—even certain trees, such as the eastern hemlock, rely on the cover of taller trees to block excess sunlight. About 60 percent of land in North Carolina is forest, meaning that many of the state’s plants, animals, and people are using the tree canopy for shade.

With a team of researchers from Europe, the United States, and Canada, White revisited plots of forest that had been studied decades ago—on average, about 35 years—to see how they’ve changed as temperatures have risen. (Winter 2014 cold snaps notwithstanding, the average temperature in North Carolina has gone up by about two degrees Fahrenheit since 1970.) White contributed data from North Carolina’s Great Smoky Mountains, where back in the 1970s he and students studied a blight that was killing dogwood trees. 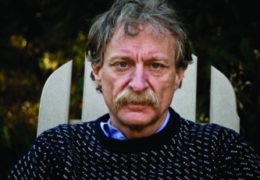 This means, White says, that “the thickness of the forest is intervening to make climate change look more mild than it is. If there’s a disturbance—such as a hurricane, a fire, or harvesting—then you’ll see stress and rapid change.” Global warming, already felt in the forest canopy and in openings and disturbed areas, could spread into thicker forests as the demand for wood pellets increases. Classified by the European Union as a renewable energy source, wood pellets are made from whole trees and the demand for them is increasing logging up and down the east coast, White says.

“All over the eastern forests of the United States, before the wood pellet issue, the rate of harvest compared to the thickening of the forest has been relatively low,” White says. This is in part because of more vigilant forest fire prevention—and having fewer fires, scientists say, has actually decreased diversity in our forests. Some species use the heat or smoke from fire as a trigger to release their seeds. When there are fewer fires, forests grow more densely, apparently protecting some species against the effects of global warming while hurting others.

One of White’s students, Bianca Lopez, may help us predict what that warmer future will do to North Carolina plants. For her dissertation, she’s comparing plots of forest in more populated parts of the Triangle—Chapel Hill, Durham, Raleigh—with more rural sites in places like Butner and Creedmore. By coincidence, Lopez says, the temperature difference between urban and rural forests—about 3.6 degrees Fahrenheit—is comparable to the increase in temperature that scientists expect to see between now and the end of the century. In some ways, urban forests are a model for what rural forests will look like as temperatures rise.

Lopez goes to these plots of forest around the Triangle and counts plants from tall pines to tiny wildflowers. So far, she says, she’s finding that the minimum winter temperature—the coldest it gets on the coldest night of the season—is the main factor that explains differences in which plants are found where. White, too, has looked at temperature graphs and thinks that minimum winter temperature has the largest effect on plants. As that coldest winter temperature rises, plants that don’t do well with heat, like the beloved dogwood, could be in trouble. Others, like the southern magnolia, will multiply and spread northward. White’s student Jennifer Gruhn, now a grad student at Washington University, has already found hints that magnolias have multiplied around the UNC campus since temperatures started rising in the late 1970s.

A once healthy forest that could recover from a fire, a hurricane, or logging may not be able to do so as temperatures rise. “If we want to understand the threat of climate change to North Carolina,” White says, “we can’t just put out a thermometer to see whether it’s getting warmer.” The density of a forest and the rate of harvest will tell us which forests are most at risk, and which can better stand up to rising temperature.

Peter S. White is a professor of biology in the College of Arts and Sciences, and director of the North Carolina Botanical Garden. Bianca Lopez is a graduate student in the Curriculum for the Environment and Ecology. One of Lopez’s advisors, ecologist Dean Urban at Duke University, came up with the idea to find warmer and cooler forests in the area by looking at satellite maps of radiation.