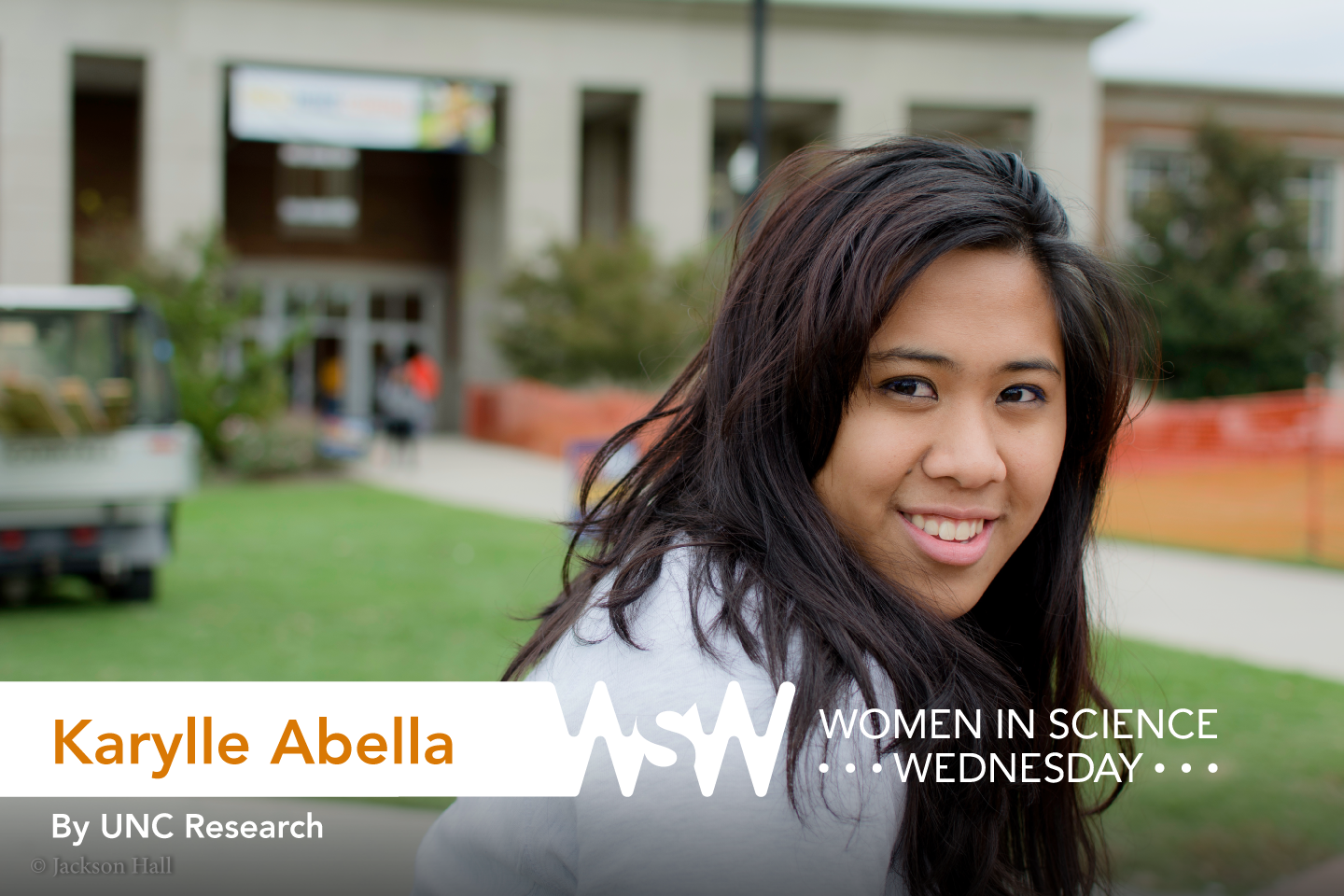 photo by Jackson Hall
By endeavors
Women in Science Wednesdays

“The functions of ocean microbes.”

This changed often. In kindergarten, I wanted to be a lawyer — there’s even a photo of me wearing a pant suit and wielding a gavel. In sixth grade, I wanted to be president, but since I was born in the Philippines that was out of the question after I learned about the Constitution. Disappointed, I watched documentaries with my siblings about the discovery of the Titanic and planet Earth. Inspired by the films, I knew I wanted to be a biologist.

I didn’t exactly have a light-bulb moment. At the end of my sophomore year, my graduate research consultant (acquired through the Office of Undergraduate Research) asked if I was interested in a research position in a chemical oceanography lab. For the past two years, I’ve been working in marine science researcher Carol Arnosti’s lab. During my second year at Carolina, I took analytical chemistry. At the time, I was struggling after recently transferring in from UNC-Greensboro. I reached out to my professor, Leslie Hicks, and to this day, I think her support was the push that I needed in order to realize research was for me. 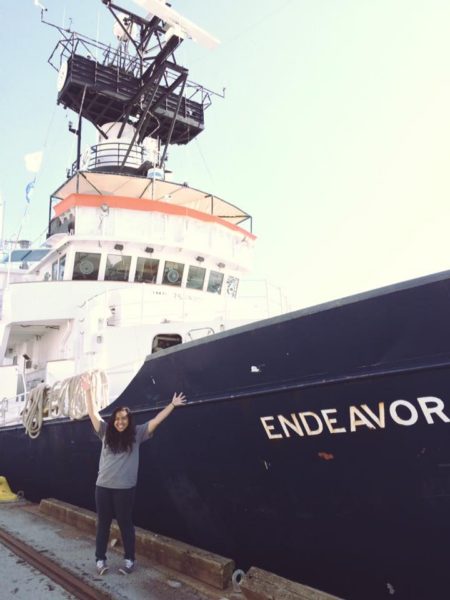 This past summer, I went on my first research cruise on the R/V Endeavor headed for the North Atlantic. It was surreal! While collecting ocean water, acid-washing, labeling, and working in a 4-degree Celsius room, two thoughts lingered in the back of my head. First, traversing open waters, immigrants and seafarers feared becoming lost, but now we’re able to navigate the open ocean easily. Secondly, 95 percent of the ocean is still unexplored — and I’m one of many scientists uncovering a vast unknown.

Richard Dawkins once said that, “Science is the poetry of reality.” We tend to forget the relationship between the arts and sciences. In a field bent on discovering the unknown, accessibility can be an issue, causing students to hesitate delving into the world of science. Part of it, in my opinion, is the dense jargon. I think that the best way to explain abstract scientific ideas is through metaphors. Teaching physics, biology, and chemistry to second and third graders, I’ve had to consider their scientific experience and use metaphors to augment their understanding. In short, my advice is to read and take a prose/poetry class. Metaphor, analogy, storytelling — these are methods by which abstruse concepts can be condensed and made comprehensible. Science illuminates our understanding of the world, so why not use language to illuminate our understanding of science?