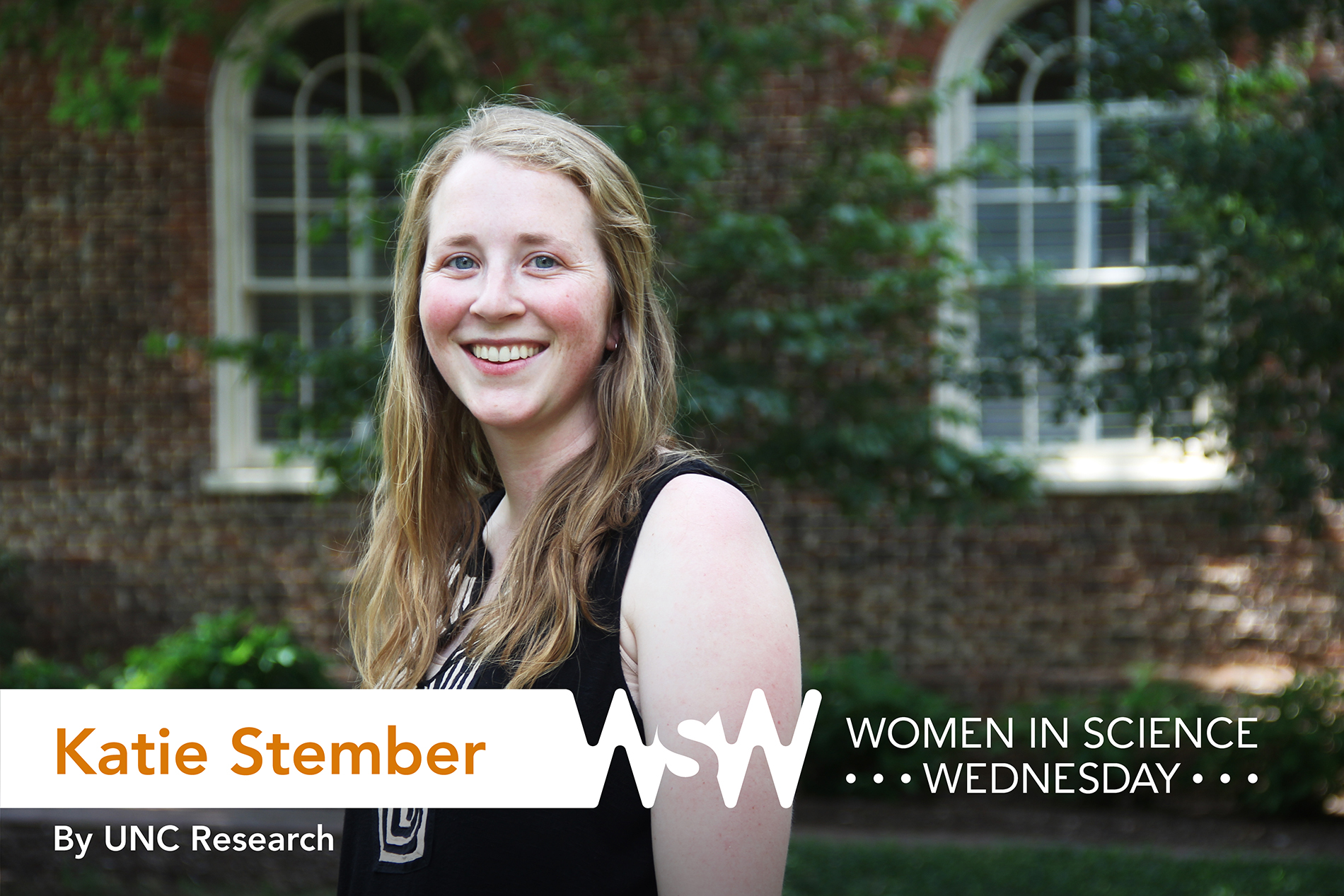 A veterinarian — but then I realized that would mean animals dying in my care, and I wasn’t really on board with that.

I’ve always loved science and, for a long time, I thought loving science meant being in the medical field (nurse, doctor, etc.). When I was in college, I had the opportunity to work full time at Mass Eye and Ear in Boston, and prep patients for surgery. It was a great experience, but I learned quickly that it wasn’t for me. It forced me to explore other options in science and within a week or two of doing research in the lab, I was hooked. 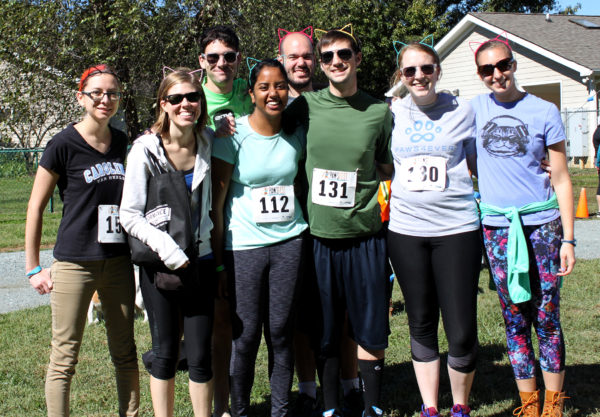 Stember (second from right) and friends participated in the 2016 PawsFest walk/run in Mebane.

What’s an interesting/funny story from your time doing research?

One Friday night, I was doing experiments late after everyone left for the day. I headed to Marsico Hall to use some of the equipment there — but when I arrived, all of the fire alarms were going off. Officials in the lobby told me everything was fine and that I could go into the basement to do my experiment. The elevators weren’t working, so I had to take the stairs and for whatever reason the basement door wouldn’t unlock. I was stuck in the stairwell until one of the guys heard me and was able to open the door! I finished my experiment and everything was all fixed by the time I left for the night, but for a moment I was very worried I would be stuck in the stairwell until someone found me.

Have a life outside of science. Find things (hobbies, people, etc.) to help you get through the hard days when science doesn’t work because there will be a lot of them. Research is a marathon — not a sprint — and the easiest way to get through it is to have a strong support system.