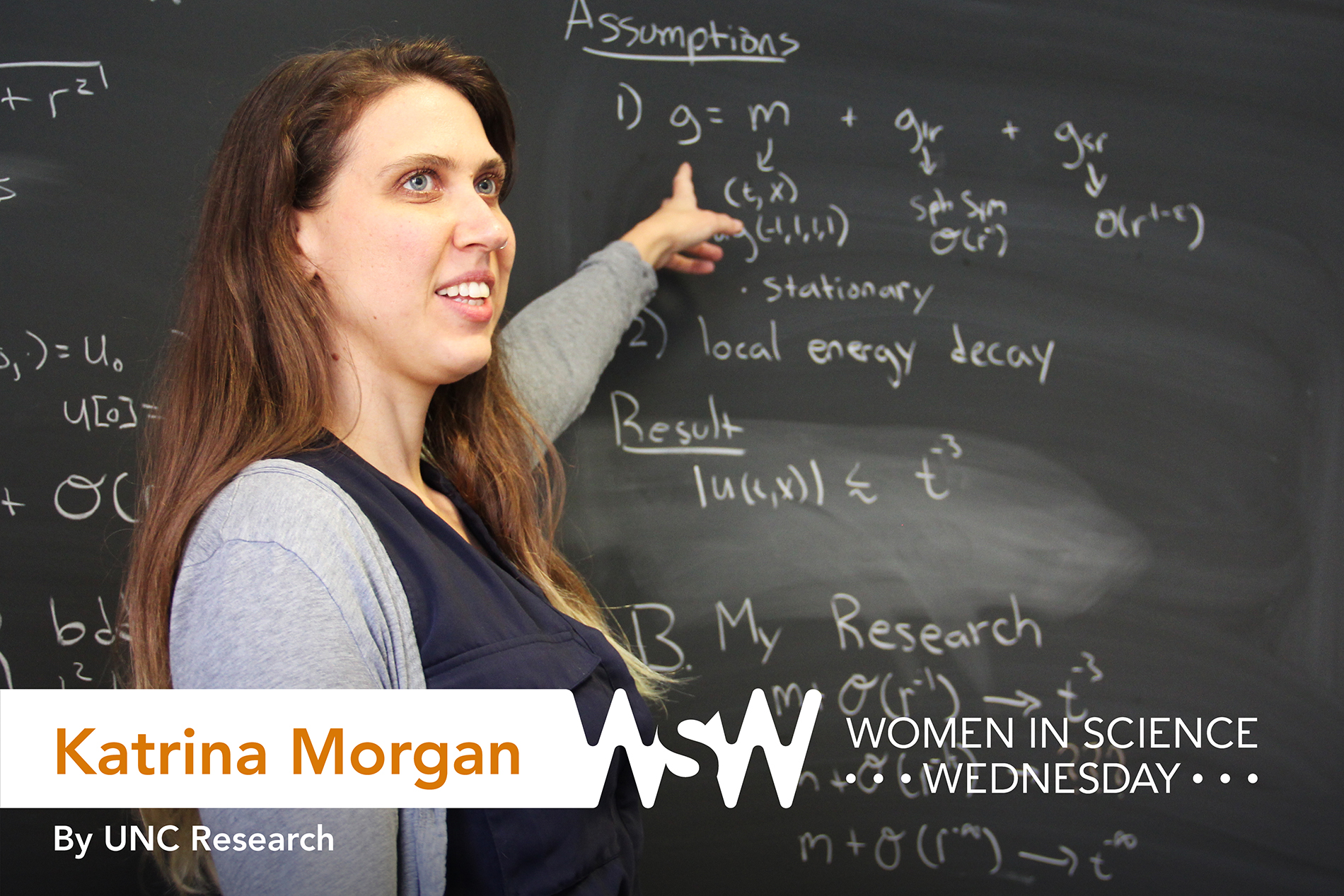 In third grade, I wanted to be a teacher. But, eventually, it occurred to me that teachers’ days didn’t look quite like mine. They taught the same class multiple times each day — and they definitely didn’t get recess! I like teaching, but I love that academia also allows me to do research and other projects.

I come from a math family. My dad has a PhD in math, and my mom had a dual master’s degree in math and physics. They always talked about math as being creative and dynamic, which was often not what I got from my math classes in primary school. Their enthusiasm for the subject helped me develop my own love of mathematics.

Tell us about a time you encountered a tricky problem. How did you handle it and what did you learn from it?
The first draft of a blog post I published with Scientific American came back from the editor with a note at the top saying something like: “I stopped writing comments because there would be too many, and they would all say the writing sounds too much like a textbook. It should be conversational, and I really hope that’s not how you talk!” I had to laugh at the criticism, because I knew it was true! Somewhere along the line I had decided this style of writing made me sound smart. But I realized my goal in the piece was to communicate with people, not to impress them, which meant writing something they might actually want to read.

What are your passions outside science?

Throughout most of graduate school, I volunteered with Girls Rock NC, a youth empowerment program for girls and gender-variant youth. I’ve been less involved since co-founding my own summer camp, Girls Talk Math, though I was able to collaborate with them by having their teen group write and record an intro song for our campers’ podcasts. It’s important to me to stay connected with and help the community around UNC. Research can sometimes feel isolated from the rest of the world, but academics are community members just like anyone else.

Women in Science Wednesday highlights UNC researchers at all levels of their careers across dozens of fields. From nursing to economics to computer science, women at Carolina excel in research, mentorship, and advocacy. Click here to nominate an exceptional scientist.