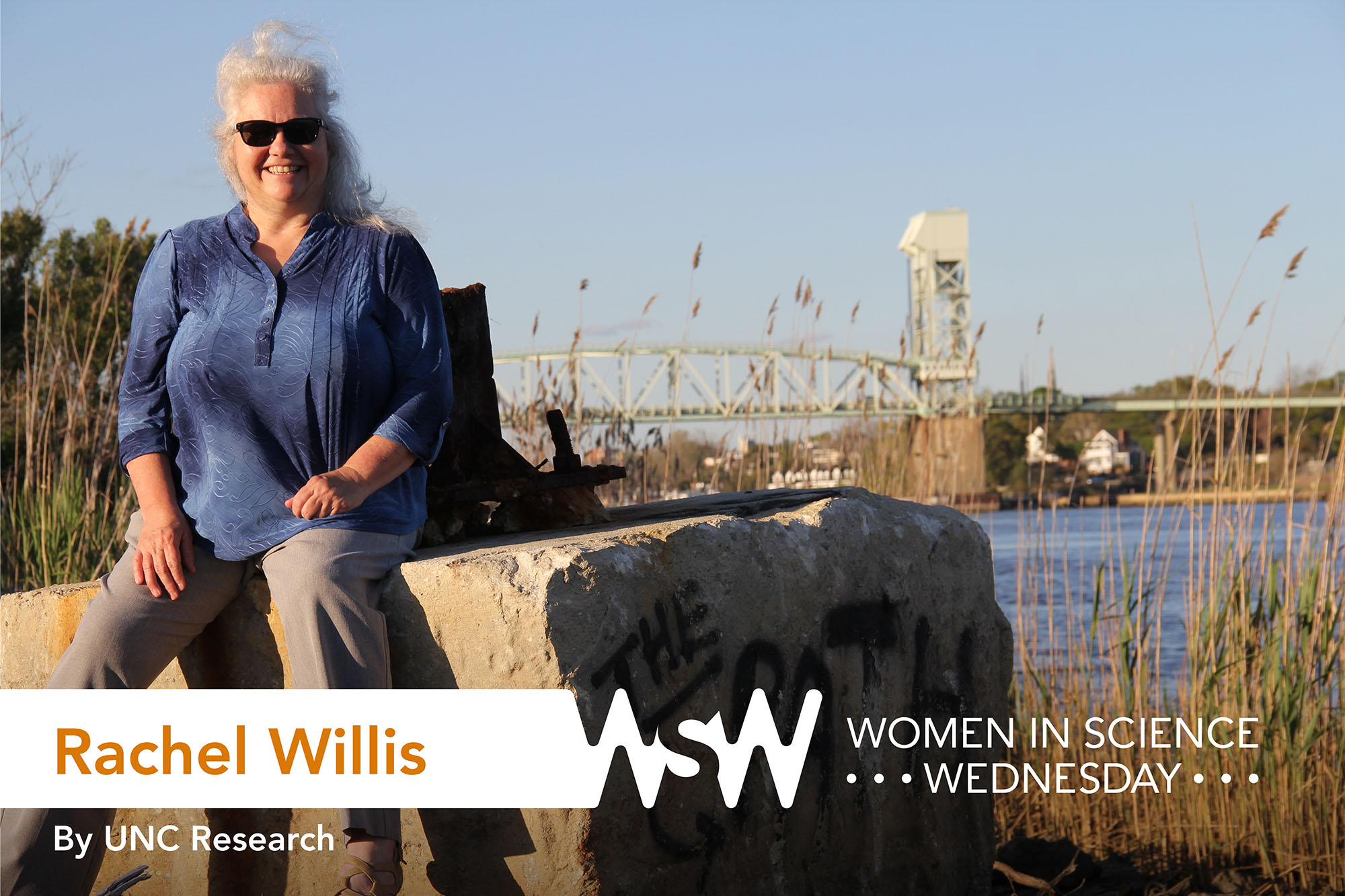 photo by Alyssa LaFaro
"The path" forward, according to Willis, involves infrastructure and ports (like the Cape Fear Memorial Bridge and Port of Wilmington in the background) that work with sea-level rise, rather than against it.
By endeavors
Women in Science Wednesdays

A teacher — but not a classroom teacher! I wanted to be able to explain what you could observe outside: nature, buildings, construction, and people.

I have always collected and analyzed data. When I was 7, from the back row of the Mercury station wagon, my brother and I would wave at the driver of the car behind us while traveling throughout Europe for summer camping adventures. I would record their response on my clipboard chart, and we would try to understand their reactions based on the nationality of the car plates, age and sex of the driver, and other details of the car or its riders. This produced great campfire conversations and conundrums about why our WWII allies were not as friendly as the German and Italian drivers in the early 1960s.

In the summer of 1997, I was taking a train on a Sunday morning from Dusseldorf to Zurich through Leipzig, the largest station in Europe prior to WWII. An older German man in our small train cabin studied my professional dress and reading materials, and began an initially polite inquiry about my journey purpose and destination. I responded that I was both learning about global rail transportation technologies on a U.S. Department of Education grant and visiting potential regional rail train producers in Denmark, Germany, and Switzerland as part of my work as a trustee for the Triangle Transit Authority. 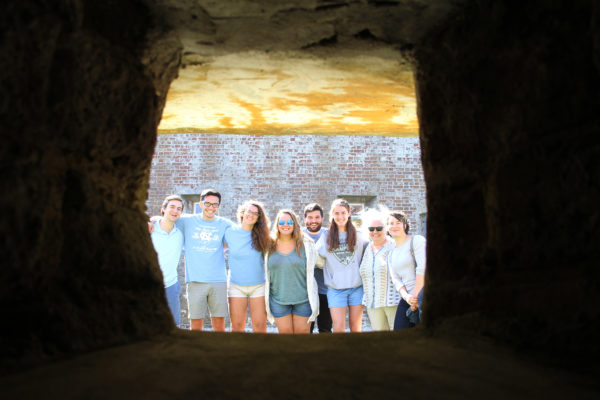 Willis poses with students from her “Global Impacts on American Waters” class at Fort Macon — just one stop on a field trip along the NC coast.

He responded that I was a liar! He then pursued an intense line of questioning, asking what vehicles weighed, the cost, the number of potential producers, the delivery schedule, and more. The questions came in rapid succession. I answered as best I could, showed him my two business cards, and even shared some of the vehicle specifications and technology examples I had in my briefcase. Finally satisfied with my answers, he offered the advice that all the post-German reunification changes in the massive Leipzig station would make my transfer difficult on the tight time schedule necessary. “Station design should be critical in [my] future work,” he said.

I asked him what he did and he responded that he was a “criminal.” I burst into laughter and called him a liar. Both the title of the German book he was reading and his intense interrogation made it clear he was a “criminologist.” He laughed when I corrected him and said he had been telling English-speaking people he was a criminal for more than 30 years and now understood the mixed response. At our arrival to the Leipzig Rail Station, he decided to carry my bag and personally rushed me through the construction labyrinth to be sure I made the train to Zurich on time.

Take courses in new areas and attend relevant seminars and conferences in other disciplines, agencies, and places. Visit communities, businesses, trade associations, governing bodies, or whatever is relevant in your research area to be a conscientious observer and great listener. Ask open-ended questions to understand the full scope of whatever you are working on.