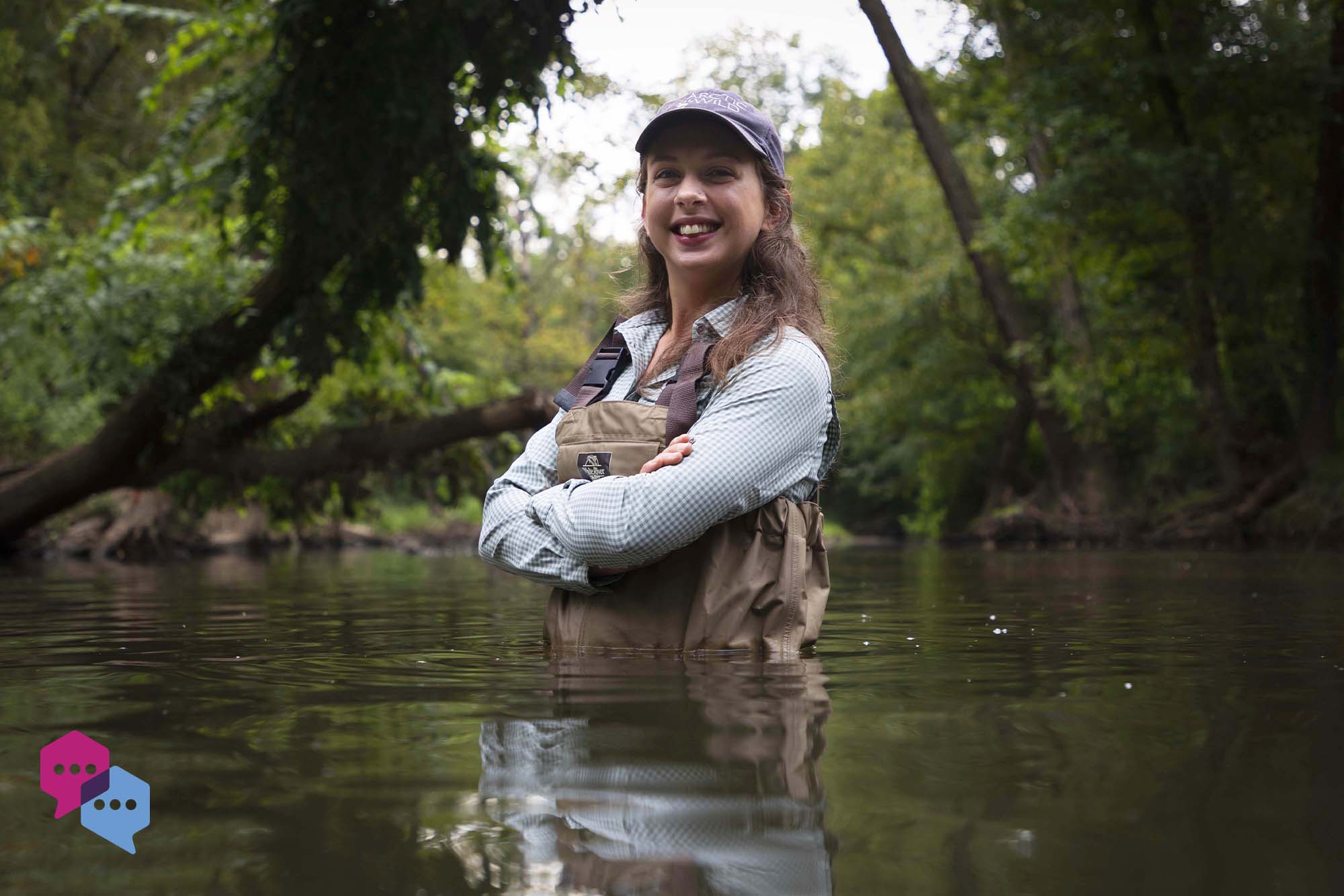 Julianne Davis is a PhD student in the Department of Earth, Marine, and Environmental Science within the UNC College of Arts and Sciences. She studies how water moves sediments, like mud and sand, through lakes and rivers in the subarctic.

Q: How did you discover your specific field of study?

A: As with so many things in life, it was a series of happy accidents. Before college, I knew I wanted to study water and the environment, so I declared an environmental studies major. Then I ended up transferring to another college where I intended to major in biology but was told that major was rather selective, and I might not be accepted. So, I picked a geology major instead, thinking it was water-adjacent and rocks were interesting enough to study for a semester or two, but most importantly, I could still switch majors later. During my first week in that department, I was invited on an international field trip and the professors showed a true interest in getting to know me — and I knew I’d found the place for me.

I discovered scientific research because I needed a full-time summer job. I applied for a position studying glaciers — because frozen water is still water — skipping the application for a Mars research project, thinking “sure, there’s water there, but not enough to interest me.” I didn’t get the glacier job and, at the kind but forceful encouragement of a friend, applied to the Mars position a few hours before the application closed. And that was how I ended up studying craters and Martian landforms for two years, an experience that I credit with opening the door to all the opportunities I’ve been fortunate enough to receive since then.

Q: Academics are problem-solvers. Describe a research challenge you’ve faced and how you overcame it.

A: I think the biggest challenge has been restructuring my dissertation research due to COVID-19. I could not do fieldwork to collect new data, which threw several ideas out the window. My advisor and I settled on numerical modeling projects using existing data, but when some of that data ended up being harder to access than I’d expected, I faced another detour. I also spent several months trying to teach myself how to use a computer model with minimal success. It was hard to accept that it was not the right tool for the project, when I’d already changed my project several times, but I finally told my advisor: “I don’t think this is going to work.”

A supportive mentor, he asked his network of scientists for advice and, at their recommendation, I began learning a new model. Through this experience, I learned that the research questions we end up answering are often different from the ones we initially set out to answer. Detours and dead ends are not failures. People are also eager to help and share knowledge, so asking for help is often the most direct route to the desired result.

A: Where mud goes, somebody knows.

Q: Who or what inspires you? Why?

A: The natural world. Spending time outside and seeing the diversity of landscapes that surround us never ceases to fill me with wonder. It still blows my mind to think about all the things that had to happen throughout the history of our planet — and our galaxy, and the universe — for us to exist today.

My master’s advisor is also a huge inspiration. She is a fierce advocate for women and people with minoritized identities in STEM, dedicating time and directing financial resources to support scientists with a range of backgrounds, identities, and career goals. I aspire to be the kind of scientist and mentor she is in the quality of science performed, the emphasis she places on community, and the deep respect and support she shows her students.

Q: If you could pursue any other career, what would it be and why?

A: I would probably be working at a restaurant or brewery. I was a waitress during and after undergrad and actually met my husband through the restaurant where we both worked. I loved witnessing the power of a good meal or beverage to bring people together. The regular diners quickly became friends, too, sharing stories of recent vacations and family celebrations or opinions on recent events. Plus getting to taste-test new dishes or drinks isn’t too painful.