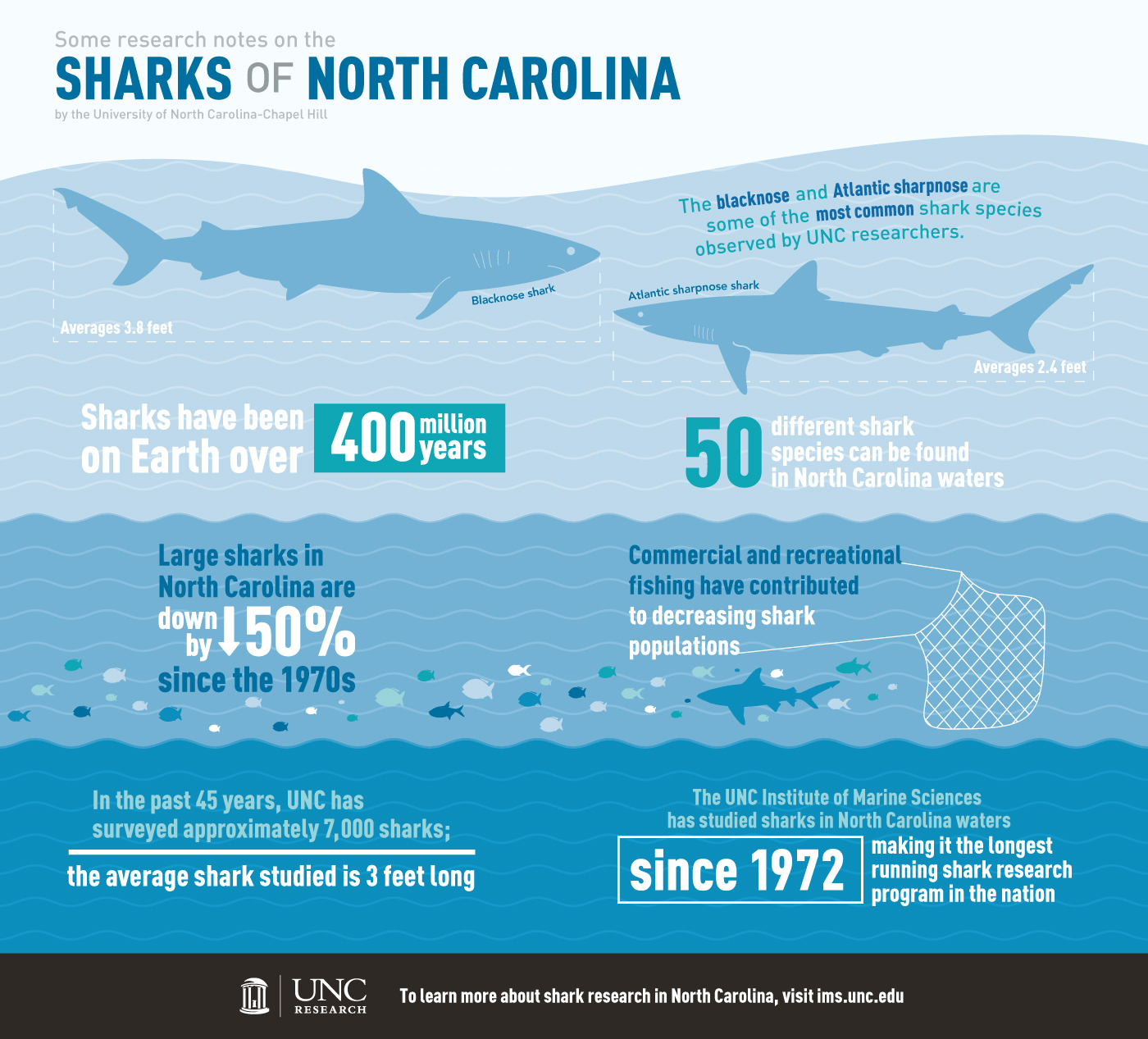 Ever since he was a kid, Martín Benavides has viewed sharks a little differently than most people.

“I’ll never forget the first time I watched the movie ‘Jaws,’” he said. “I was crying when the shark died at the end. My family thought I was crazy, but for me, it was really traumatic to see a shark be killed that way.”

Now, as a PhD student at the UNC Institute of Marine Sciences, Benavides is pursuing his life-long dream of being a shark conservationist.

While sharks play a critical role in the health of coastal ecosystems, they can be challenging to study. As Benavides said, sharks are elusive. “You can’t see them most of the time—they’re underwater, they move around a lot.”

“A lot of times when people hear the word ‘drone’ they think of military applications,” Benavides said. “We’re actually using drones for research. It’s the first study of its kind.”

In collaboration with David Johnston, director of the the Duke Marine Lab Unoccupied Systems Facility, Benavides wants to figure out how much and what kind of information can be collected on shark populations using drone technology. The first step of the project involves building wooden decoys of bonnethead sharks, a species commonly found in North Carolina waters in the summer time. Benavides places 10 to 15 decoys in the water—the same shape, size and color as a typical bonnethead shark—from above, it’s hard to tell that they aren’t real. Then Johnston flies a drone over the area to see how many of the decoys show up on their images.

And its not just photos they’re gathering. In addition to cameras, Benavides says they can attach temperature sensors, light sensors, and other equipment to pick up different environmental parameters—all from a drone.

“As a graduate student, it’s really exciting to be a part of a project where we’re sort of entering uncharted territory,” Benavides said. “We’re looking at sharks from a perspective that no other scientist has.”