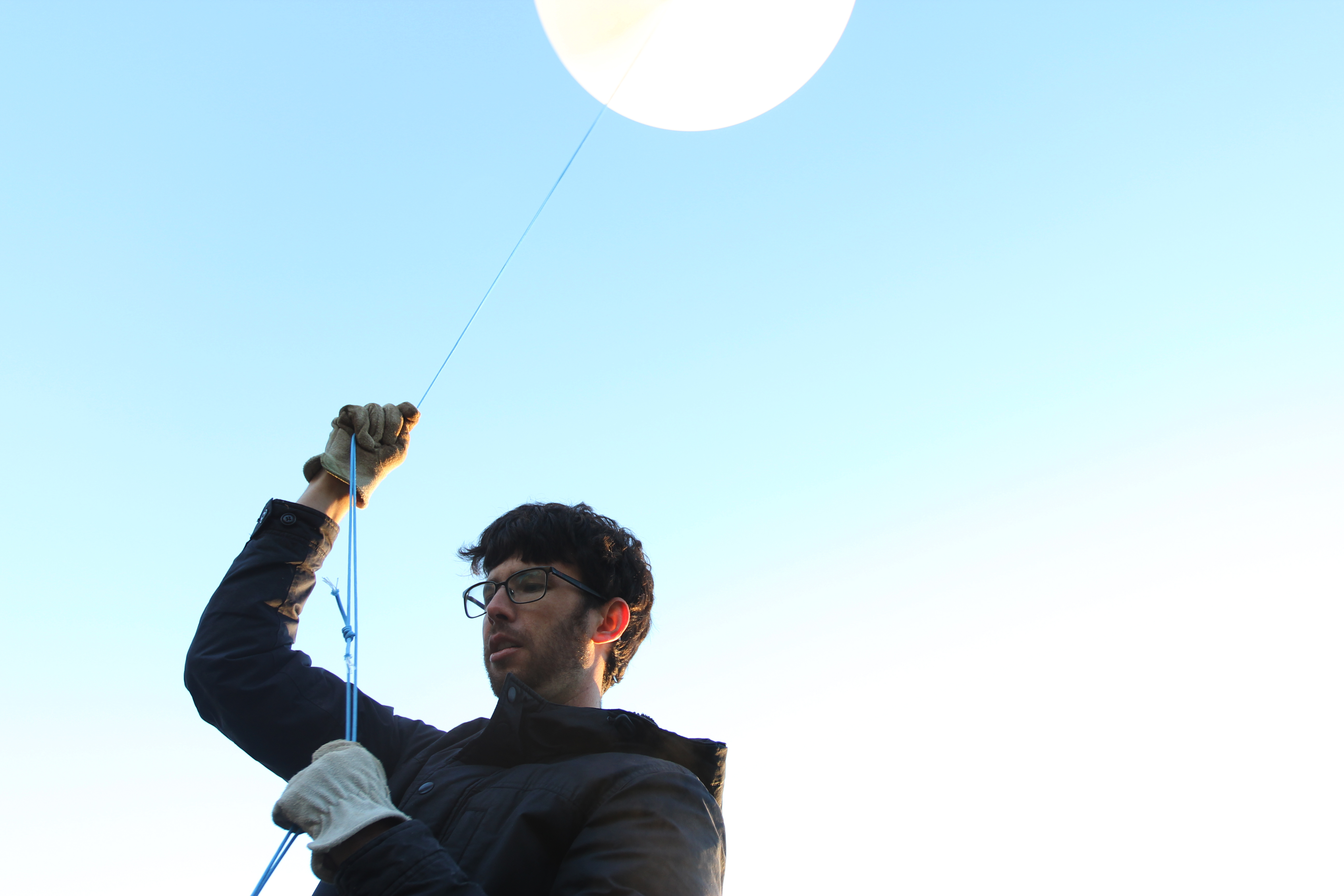 We use it every day, but rarely see it. It goes in and out of our pockets, backpacks, and briefcases. It also has the potential to spontaneously combust.

What is it? A lithium-ion battery.

“The devices that we carry around with us—our computers, iPads, cell phones—all have lithium-ion batteries,” says UNC chemist Joe DeSimone. “They are what make us mobile.” While these batteries are powerful, they are also highly flammable, and DeSimone’s research group is working on a way to make them safe.

A lithium-ion battery is made up of three fundamental components: the positive and negative electrodes (like the plus and minus terminals you see on each end of an AA battery), separated by a liquid electrolyte.

“Almost all of the commercial batteries that we currently see on the market include an electrolyte that is composed of organic, flammable liquids,” Wong says. “There’s a reason for that: they perform the best in terms of facilitating the movement of lithium ions between electrodes.” But they don’t perform the best when it comes to consumer safety.

Wong says the likelihood that your laptop or cell phone will burst into flames is about one in a million. It’s referred to as a catastrophic failure, and it’s a well-known problem in the industry. But statistically speaking, if only one out of a million products experiences catastrophic failure, that is still considered a highly successful production rate.

The problem is that other industries want to use these powerful batteries on a larger scale. Instead of using gasoline, new electric cars, like the Tesla Model S, can be powered with lithium-ion batteries. Unfortunately, but not surprisingly, there have been numerous reports of batteries inside the Tesla catching on fire. “We are now demanding the same types of systems to be larger and much more powerful,” Wong says. With that additional size and power comes greater risk of combustion and explosion.

But what if another substance could replace the flammable electrolyte? “We need a liquid that isn’t flammable and isn’t water,” DeSimone says. It turns out such a substance does exist, in the form of perfluoropolyether-based polymers, or PFPEs.

PFPEs are often used as heavy-duty lubricants—they keep the gears and bearings in industrial machinery running smoothly. But the DeSimone research group has been investigating other uses for this class of polymers. Working in collaboration with the Office of Naval Research, DeSimone’s lab found that PFPEs could be used as coatings to prevent marine life from sticking to the hulls of ship vessels.

The group discovered that, like organic liquids, PFPEs were also compatible with lithium salts, meaning that a battery could be developed without using any sort of flammable material.

The DeSimone group has been collaborating with Nitash Balsara of the University of California, Berkley to develop prototype batteries that have generally good retention of energy. “There is still a lot of room to optimize and improve them,” Wong says. “But this is a good starting point for us to bridge the gap between academic research and industrial scale-up.”

DeSimone hopes to incorporate this new technology into an even more powerful kind of battery.

“The big future for us is moving into lithium-air batteries,” he says. “They are one of the few things on the horizon that could really increase power capacity and performance.” Instead of using conventional, heavy positive electrodes, a lithium-air battery uses an oxygen and lithium reaction to produce current flow.

Although they are still in development, lithium-air batteries have the potential to revolutionize how batteries are used. For example, the Tesla can only drive 200 miles before it has to be recharged. With a lithium-air battery, it could go 500 miles, according to DeSimone.

“But we’ve got to make them safe first.”

Joseph DeSimone is the Chancellor’s Eminent Professor of Chemistry at UNC and the William R. Kenan Jr. Distinguished Professor of Chemical Engineering at North Carolina State University.  Dominica H.C. Wong is a chemistry doctoral candidate in the DeSimone Research Group at UNC.