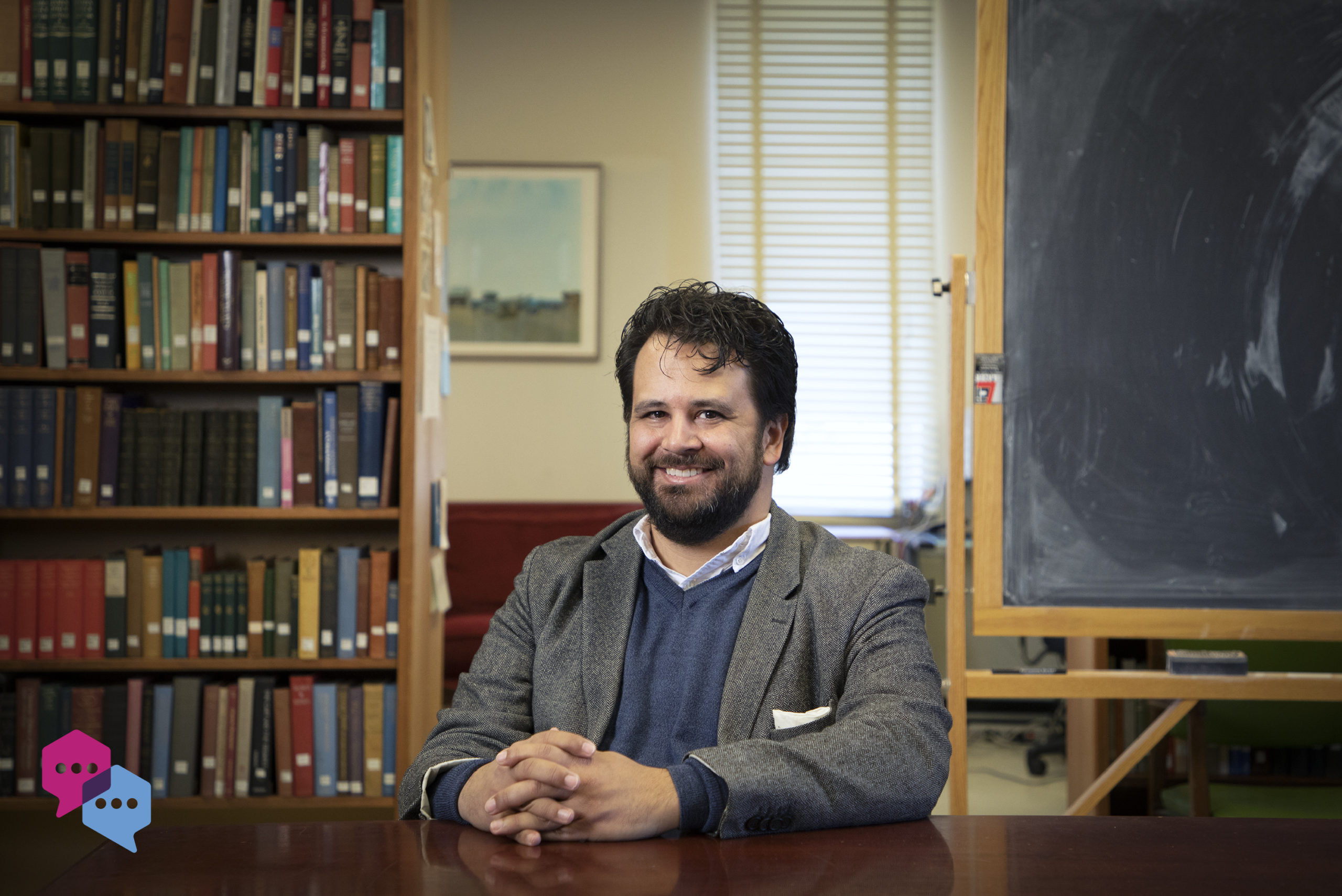 photo by Megan May
By endeavors
Research UNCovered | Society

A: When I was a kid, I was very influenced by my father’s career as a physician. His whole side of the family is involved in medicine in some way, but I didn’t think that I wanted to be a physician, really, even then. I knew I liked science, though, so I decided I wanted to be an inventor. Perhaps the idea of coming up with new ideas was the compelling piece.

A: I was 16, a junior in high school. I had taken two years of German and was enamored by the idea of learning a new language. I used to work ahead in our textbook just for fun. That year, I took the National German Exam and made the highest score in the state of Alabama. Along with a cohort of 39 other students, I won an all-expenses-paid trip to Germany, awarded by the American Association of Teachers of German and its German sister organization, the Pädagogischer Austauschdienst. We stayed with host families and chaperones in the beautiful medieval city of Nuremberg; took field trips to Berlin, Bamberg, Rothenburg ob der Tauber, and other towns and cities; and even got to visit the 2000 World Expo in Hanover. I learned that not only was language learning fun, but that it could widen my world and lead to unexpected rewards. 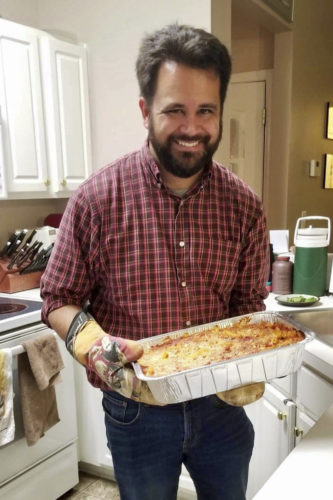 Frey, who loves to cook, proudly displays a fresh batch of lasagna.

A: During my year-long study abroad in Tübingen, Germany, I decided to hold a dinner party. My girlfriend and I shopped for all the ingredients, but by the time we got into the cooking, we realized we might be in over our heads. We looked up Emeril Lagasse’s recipe for tiramisu — bam! — and were trying to faithfully execute it with very little cooking experience. When the instructions said to place a mixture of eggs and sugar in a bowl and allow steam to rise up to heat it from above, I didn’t know what a double boiler even was, let alone have one. So, naturally, I filled a pot with water and set it to boil, then took some bread bag ties and attached two spatulas to the handles of a second pot, which I set atop the first one.

Later, I attempted to whisk the cream “until it formed stiff peaks.” Unbeknownst to me, whipping cream by hand is a lot of work, and we really should have bought a hand mixer. Undeterred, I went to my room to look for tools. I found a drumstick and two brown shoelaces, which I tied to either end of the drumstick and fashioned a loop in the center, placing the hand whisk inside to form a makeshift bow drill. I used this new tool to turn the whisk in the cream. It worked beautifully until I overbeat it and the stiff peaks began to separate. That was my introduction to making butter by hand, as well as my introduction to what butter tastes like when you add little bits of brown shoelace as an ingredient. Feeling slightly foolish, I went out to buy some more cream and a hand mixer. Eventually, I finished the recipe and it came out beautifully. In the end, I learned that some experiments work out a little differently than you expect them to.

A: As my MacGuyver-esque story may reveal, I am very fond of cooking. It allows me to express my creativity and practice being a perfectionist at something besides my work. It also allows me to keep in touch with my roots, as I often prepare dishes from when I grew up and dishes my family passed down. I also like learning new recipes, especially from the places I visit. Some of my cooking experiences in Germany were more successful than others, and I learned how to make some tasty Swabian food that can be difficult to find in the United States.