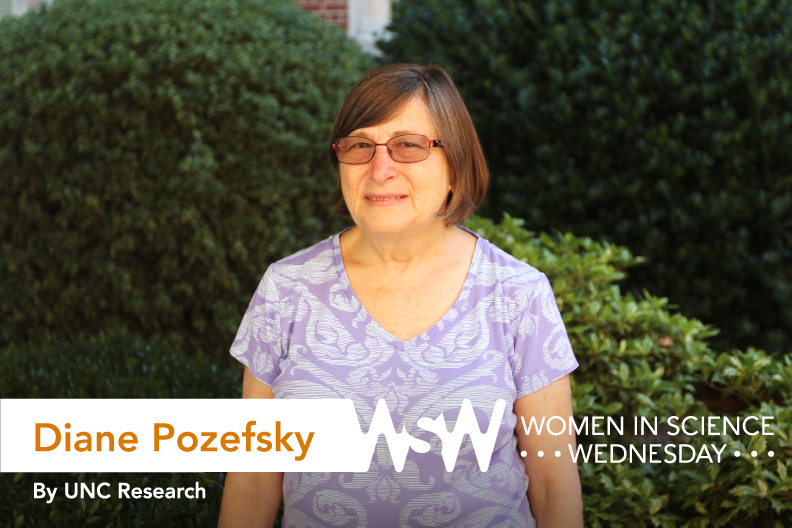 I grew up in the ’50s, so I’m not sure little girls were asked that question. By the time I was in high school, I knew I wanted to work with computers or be an architect — two fields I knew nothing about.

I was first attracted to computers because they were a cool new thing that people didn’t understand. They had the same appeal as MAGIC. When I started working with computers, there was a time when it was hard to see what differences computers could make in peoples’ lives. Then, I started building software and saw the impact it could have. I was hooked!

What’s an interesting thing that happened while you were doing research?

I led a team working with IBM Japan to help assure that the network would work flawlessly for the duration of the 1998 Nagano Olympics. This came with a lot of challenges, like the distrust of the Japanese team of outside “interference.” We had to prove we weren’t there to take over — complicated by the fact that I was a woman leading the “outside” team, and I outranked the lead of the Japan team. But we gained their respect by solving problems, and their friendship by simple things like arranging phone call times so that no one group always had to take them in the middle of the night. 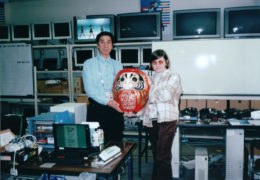 Photo courtesy of Diane Pozefsky
Pozefsky and Hiroshi Takayasu, then-manager of the IBM Japan Olympics Networking team, hold a Daruma Doll — a Japanese good luck symbol for success that keeps people focused on their goal. This doll, in particular, was a symbol for the success of the Olympics.

During this time, I also ran the Internet café at the curling venue. The curling athletes were an incredible group — true amateurs with minimal support from countries or corporations. Aside from using the Internet to keep in touch with family and friends, they patiently answered fan questions — even when they were less than sincere. They were passionate about their sport and wonderful ambassadors. I would regularly see them on the trains and be greeted as “the Internet lady.” (I confess: I still watch curling every four years.)

Computer science is an incredibly broad field. Don’t settle for working on an aspect of it that doesn’t excite you. Remember that many of the most exciting advances in the field are at the intersection of computer science and other fields. Explore those boundaries, especially those areas that are your second passions.