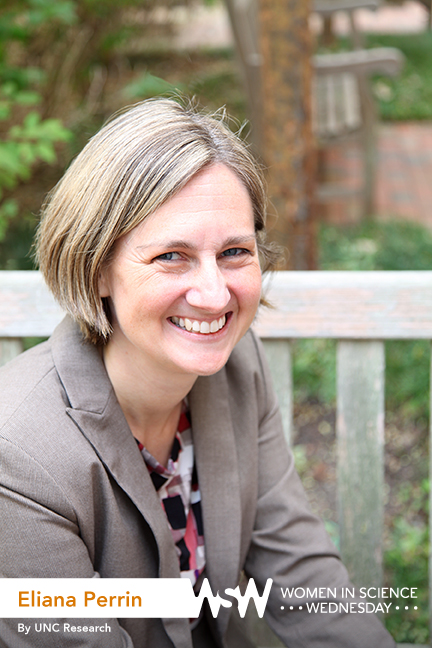 Photo by Max Englund, School of Medicine
By endeavors
Women in Science Wednesdays

I said I wanted to be a doctor. In the early ’70s, that didn’t go over well with my classmates, and my mother tells the story of my coming home from kindergarten saying, “My class says girls can only be nurses not doctors.” She armed me with statistics about how that wasn’t true and that boys could be nurses, too. Boy did that make a splash at Ben Franklin Elementary school in Lawrenceville, New Jersey.

How to prevent childhood obesity.

I really didn’t think too much about being a scientist until I was a pediatrics resident physician at Stanford. One of my attending physicians told me that I asked too many questions and they weren’t questions that were answerable at the bedside of individual patients. They were only questions that were answerable through careful study design. He encouraged me to do a research fellowship in the Robert Wood Johnson Clinical Scholars Program, which I did. I am eternally grateful.

Getting a transdisciplinary grant from the NIH that enables me to partner with scholars from all over the university to look at cultural messages that children receive in media that foster obesity. I get to work with people from sociology, art history, journalism and mass media, pediatrics, psychology, psychiatry, health policy, and health behavior. I have learned a lot that I didn’t know — the biggest lesson of which is that when you learn other disciplinary languages, methodologies, and modes of thought, you get closer to understanding the world. Still frustratingly far, but closer.

My older son is in 10th grade now, but on his first day of eighth grade, his science teacher asked all the children in the class to draw a picture of a scientist. Of the 25 students, only three drew female scientists — all female students — and only two drew scientists who weren’t white. Most of the drawings featured lab coats and crazy hair like Albert Einstein. My son sheepishly admitted to me that he himself had drawn a male scientist, even though his mother is the “traditional” scientist of the family. But his teacher did a fabulous job in explaining that many women are successful scientists, so it was a learning experience for the whole class. It helped me realize, though, that we have a long way to go! 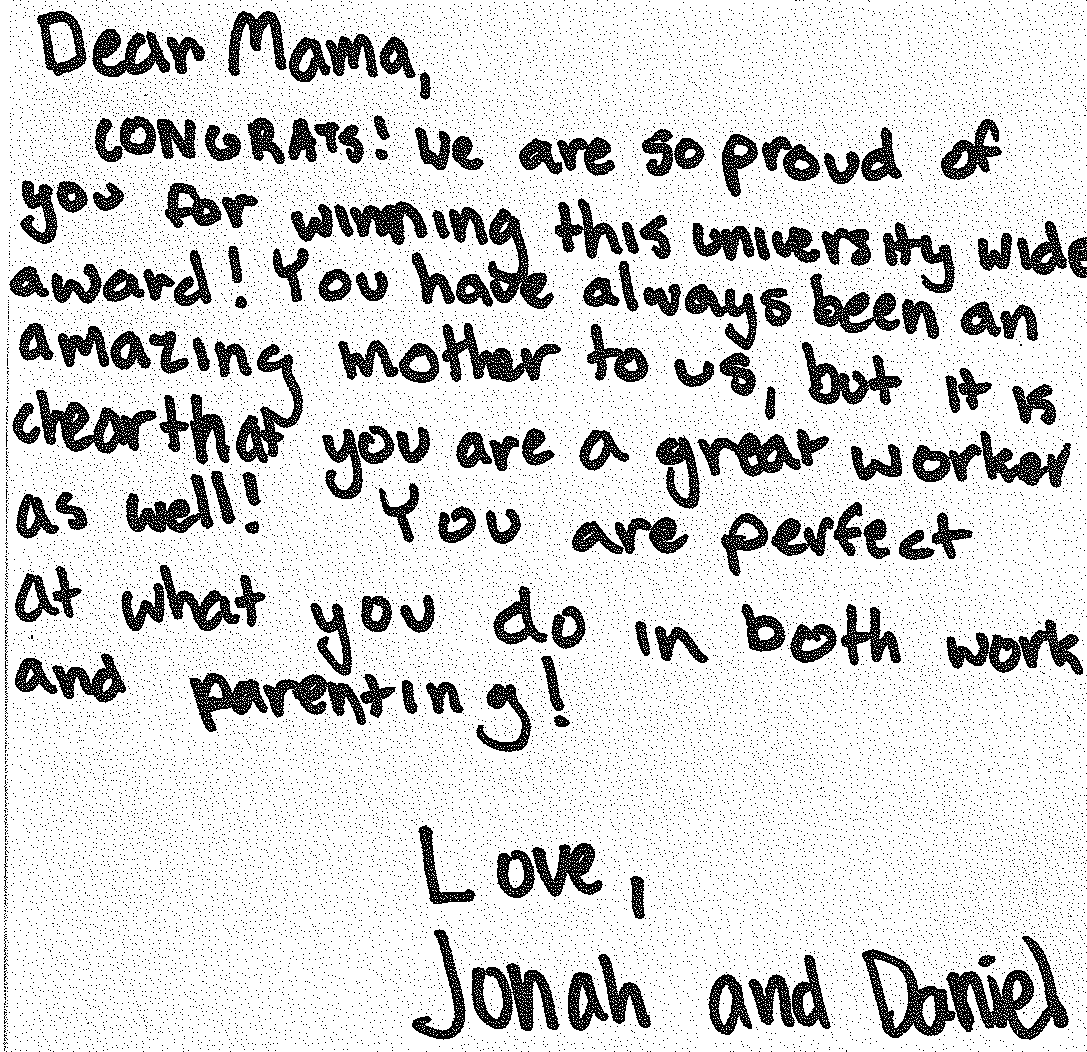 Photo courtesy of Eliana Perrin
Upon winning the Philip and Ruth Hettleman Award for Artistic and Scholarly Achievement, Perrin’s children left her a congratulatory note on the day she was recognized.

Listen to Louis Pasteur: “Chance favors the prepared mind.” So many people are telling you to say “no.” If something excites you, even if you think you may not have the time, sometimes say “yes.” I have been very rewarded for saying “yes.”

Also, involve your family in the things that excite you. I love that my children know that I truly enjoy my work and am excited about what I do. When they tell me to definitely not to give up on a difficult problem at work — even if that would mean less time with them — that brings tears to my eyes. But also make time that’s just for them and shows them that you are excited in their days. We do “peaks” and “valleys” at the dinner table to talk about what was best and worst about the day. It’s a great way to wind down from the day and enter into family space in this world of blurred boundaries.

I also want women to remember to support each other — especially through tough times. Finally, pay forward whatever mentoring you got to the next generation. Shining by reflected light is the most fun of all.