photo by Megan May
By endeavors
Society | Women in Science Wednesdays

An anesthesiologist. I had to have my tonsils removed when I was about 6 years old, and all the doctors I interacted with were men except the anesthesiologist, who was a woman. I was enamored with the fact that a woman could be a doctor, too. While I eventually moved on from wanting to be an anesthesiologist, it stuck with me how much representation matters in terms of influencing what we think is both possible and desirable.

Watching the Bill Clinton impeachment hearings in 1999. During that time, I was an undergraduate student at the University of Southern California, participating in a semester-long internship with the Washington D.C. Public Defenders service. As a first-generation college student, I was unaware of the scope of work that lawyers can do — I thought most were criminal lawyers. The Clinton impeachment proceedings broadened my perspective of the role that lawyers play in society. Watching Cheryl Mills, an African-American woman, defending President Clinton solidified my desire to go to law school. It was yet another reminder for me of how much representation matters. 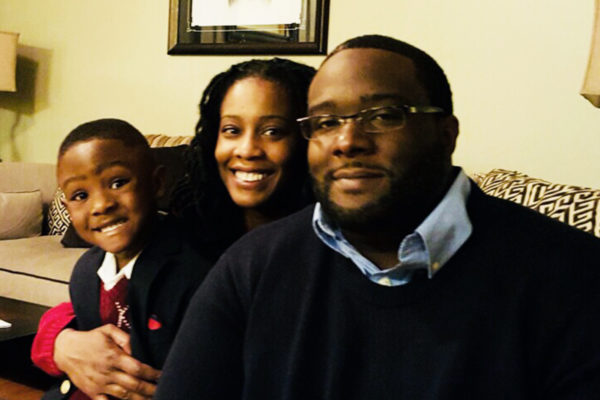 Wilson loves spending time with her husband and son.

On one occasion, I was asked to share my research with a group of public officials who were relatively inexperienced with racial inequality discussions. I had to share the research in a way that was true to the complexity of the issue, but did not offend the audience or cause them to stop listening. In the end, I presented the research in its full form — providing the entire truth of what was happening and how some of their policies contributed to racial disparities. They found the information very useful, and I still receive notes from some of the public officials thanking me and asking me for advice on certain policies. When it comes to discussing my research on racial inequality. I tell the truth of what is happening because although the truth is sometimes uncomfortable, it can also be both radical and transformative.

Long-distance running. I try to run three to five miles every day. I am also passionate about spending time with my family and friends. My philosophy is healthy mind, body, and soul. I think it is important to have passions outside of research because research is what I do, it is not who I am.