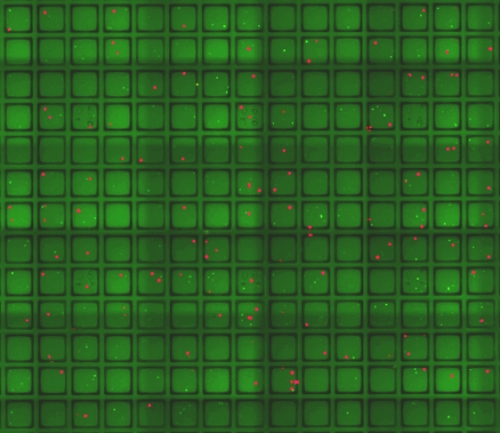 The human gut is a remarkable thing. Every week the intestines slough off a layer of cells equivalent to the area of a studio apartment and rebuild with new cells. 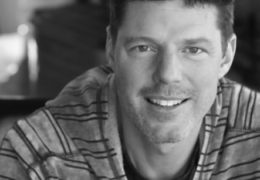 For decades, researchers have known that intestinal stem cells were responsible for this extreme makeover, but it wasn’t until this year that Carolina researcher Scott Magness figured out a way to grow thousands of these elusive cells in the laboratory. This high-throughput technological advance now promises to give scientists the ability to study stem-cell biology and explore the origins of inflammatory bowel disease, intestinal cancers, and other gastrointestinal disorders.

But it didn’t come easy.

When Magness and his team first began working with intestinal stem cells, they quickly found themselves behind the eight ball. Their first technique involved using a specific molecule or marker on the surface of stem cells to make sure they could distinguish stem cells from other intestinal cells.

Then Magness’s team would fish out stem cells from intestinal tissues and grow them in Petri dishes. But there was a problem.  Even though all of the cells had the same stem-cell marker, only one out of every 100 could differentiate into specialized cells like a typical stem cell should. (Stem cells spawn cells that have specialized functions necessary for any organ to work properly.)

“The question was: why didn’t the 99 others behave like stem cells?” Magness asks. “We thought it was probably because they’re not all the same, just like everybody named Judy doesn’t look the same. There are all kinds of differences, and we’ve been presuming that these cells are all the same based on this one name, this one molecular marker.”

Magness is among a growing contingent of researchers who recognize that many of the biological processes underlying health and disease are driven by a tiny fraction of the human body’s 37 trillion cells. Individual cells can replenish aging tissues, develop drug resistance, and become vehicles for viral infections. And yet the effects of these singular actors are often missed in studies that focus on pooled populations of thousands of seemingly “identical” cells.

Distinguishing between true intestinal stem cells and their cellular look-alikes would require isolating tens of thousands of stem cells and tracking the behavior of each cell over time. But Magness had no idea how to accomplish that feat. Enter Nancy Allbritton, chair of the UNC/NCSU Joint Department of Biomedical Engineering. The two professors met one day to discuss Magness’ joining the biomedical engineering department as an adjunct faculty member. They did discuss it. And Magness did join. But the meeting quickly turned into a collaboration.

One of Allbritton’s areas of expertise is microfabrication: the ability to squeeze large devices into very small footprints. During their meeting, Allbritton showed Magness her latest creation, a device smaller than a credit card and dotted with 15,000 tiny wells for culturing cells.

“It was like a lightbulb went off, and I realized I was looking at the answer to a billion of our problems,” Magness says. 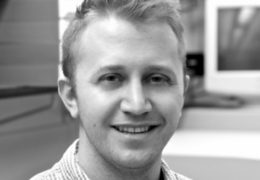 Each microwell is as thick as a strand of hair. By placing individual stem cells into the microwells, Magness and his postdoc Adam Gracz could watch the cells grow into fully developed tissue structures known as mini-guts. Each microwell could be stamped with a specific address, which would allow researchers to track stem cells that were behaving as expected and those that weren’t.

Allbritton’s lab came up with another feature. If the researchers decided they wanted to study a specific mini-gut further, they could use a special tool known as a microwand to pop out the magnetized well and either grow the tissue separately or extract DNA for genetic analyses.

The new technology is designed to help researchers dissect the mechanisms of intestinal stem-cell biology and investigate why some cells behave differently than others. It can also help scientists explore how a cell’s neighborhood might impact the cell’s behavior. This is important because in an actual gut, stem cells don’t exist in a vacuum; they’re surrounded by almost a dozen other cell types. The new technology allowed Magness’s lab to mix different cell types and culture them together to see what would happen when those cells lived in close proximity to each other.

For example, epithelial cells called Paneth cells had already been shown to support the growth of intestinal stem cells. Gracz decided to use the new technology to test the hypothesis that the more Paneth cells in the neighborhood, the better the stem cells grow. He examined thousands of wells where Paneth and stem cells had been cultured together, and he was surprised to find that the number of Paneth cells didn’t seem to affect stem-cell growth.

However, when Gracz looked closer, he discovered that intestinal stem cells that were touching Paneth cells did have a survival advantage over those that were not touching the Paneth cells, indicating that direct cell-to-cell contact was required to provide support.

“With this platform we could go back and test some hypotheses,” Gracz says. “We’ve been able to do that in a way that wasn’t possible before. The most powerful part of this approach is that it allows us to get deeper and deeper into the science of the gut with more and more resolution. We’ll be able to see things and study them, especially as they relate to human health and disease, to a greater degree than before.”

The researchers say that the new technology could also be applicable to cells derived from other tissue, such as breast, pancreas, or practically any other part of the body. One day, the technology could become part of a precision-medicine approach to home in on the behavior of single stem cells as indicators of an individual’s response to specific drugs.

“The big idea emerging in biology that’s cool but confounding is something called stochasticity—the notion that different behaviors of an organ’s constituent parts drive one collective behavior of the organ as a whole,” Gracz says. “So all the stem cells might be doing different things, but then the outcome that keeps your body running is hopefully always the same.”

Magness adds, “Single cell technology like this allows us to dissect this stochasticity and pull it apart, and then later we can put it all back together again to understand a disease much better than we do right now. And understanding a disease better allows us to come up with better treatments for patients.”

Marla Broadfoot is a geneticist turned freelance science writer. This article was originally written for the UNC School of Medicine.

In the Department of Medicine, Magness is part of the Division of Gastroenterology and Hepatology. This research, published in Nature Cell Biology, was funded through grants from the National Institutes of Health, the UNC Center for Gastrointestinal Biology and Disease, and the University Cancer Research Fund.