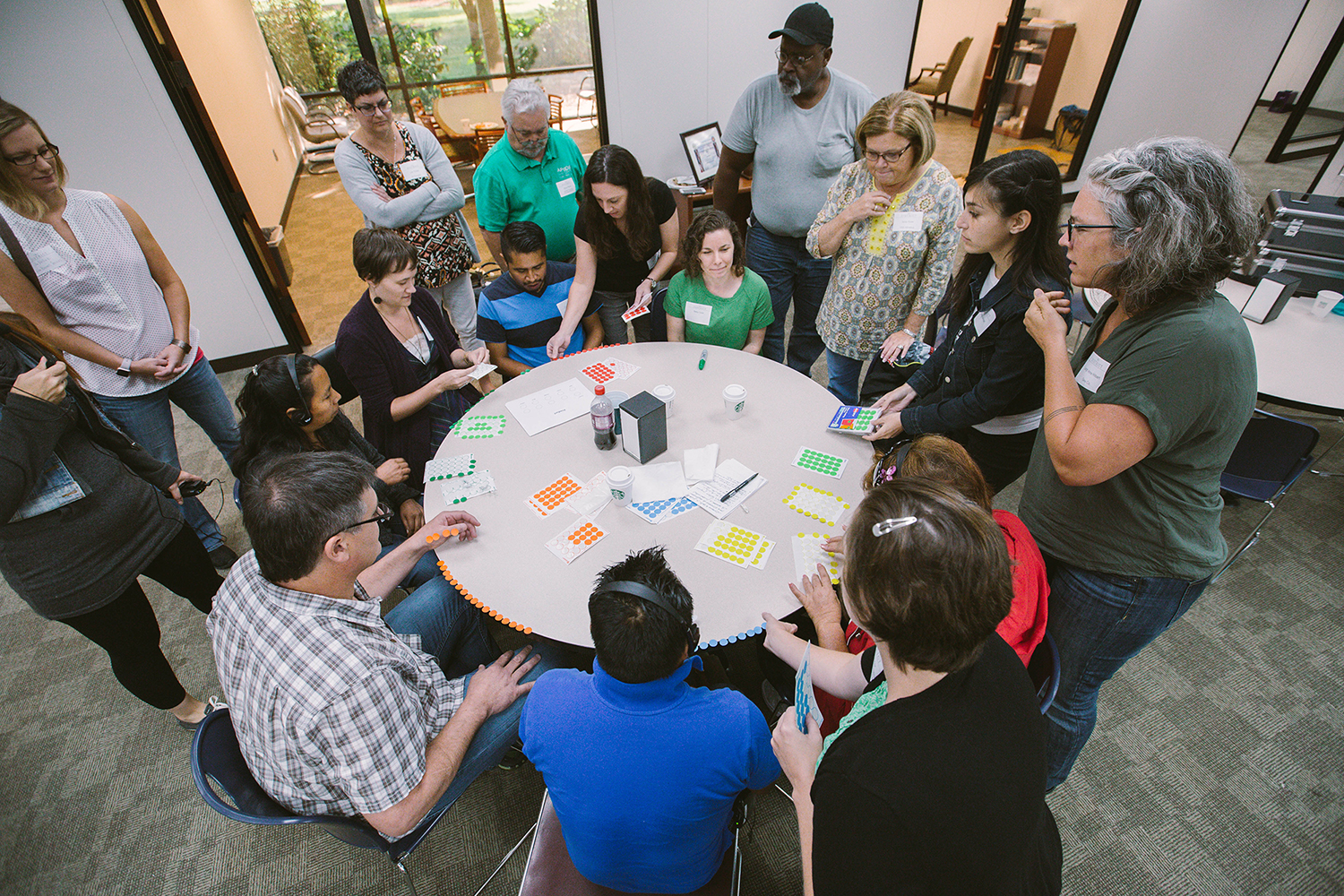 In 1995, while studying factories on the Mexican-American border during her master’s program, Nichola Lowe discovered that many of the female employees were organizing to improve job quality. In response, factories blacklisted them. Meanwhile, Asian-owned factories along the border recognized the women’s efforts as “transferable skill” — and actively recruited them to their companies.

Inspired, Lowe decided to focus her doctoral program studies on workforce development, learning how worker advocacy institutions affect that development. After realizing how worker unions defend an industry’s commitment to training, she started to explore how skill development was managed, protected, and utilized for more workforce improvements.

Now, as a professor of city and regional planning at UNC-Chapel Hill, Lowe has 15 years of case studies and has spent the last three transforming that work into a book: “Putting Skill to Work: How to Create Good Jobs in Uncertain Times.” Lowe submitted the manuscript to her editor in February 2020 — right before the COVID-19 pandemic shook every industry around the globe.

“I got the proofs back, and I pressed my editor to let me mention the pandemic,” Lowe says. “She took it to the editorial board and they said, ‘Barely. We don’t want you to rewrite anything. We feel like it stands on its own.’”

Lowe wasn’t so sure as she watched repeated news broadcasts showing factories, restaurants, and other businesses emptying in the name of stopping the virus’ spread. A book about creating skilled positions through partnerships between industry, worker advocates, and academia seemed like fixing frosting on a now rotting cake.

Skilled work requires experience, training, and increased responsibility. A skilled worker can’t be replaced by the next applicant or a robot. Some industries inherently need this talent. Others have to create that need — and they should, according to Lowe, who finds that employees are more engaged and productive in work that is rewarding and at workplaces that credit them with building the company’s success.

But in 2021 alone, John Deere factory workers and McDonald’s workers along Interstate 95 went on strike. Healthcare workers and Hollywood employees are currently voting on strike measures. Worker shortages abound across many industries — and workers are demanding more.

“We’re at a point in this nation where we’ve come to realize the pandemic is just the starting moment,” Lowe says. “There will be these unanticipated crises or challenges or emergencies that production systems and supply chains need to be grappling with. I think this is a moment for us to be thinking about skill development as a shared responsibility and a gateway to improving jobs.”

One organization Lowe recently studied but didn’t include in her book is actively improving the worker experience in the North Carolina textile industry.

Chester met Hemstreet in 2015 while working in Morganton’s economic development office. She recalls visiting Hemstreet at her business — Opportunity Threads, a textile plant — and admiring the well-kept flowerbeds that surrounded the brick building. Upon leaving their meeting, she overheard Hemstreet ask an employee who fixed the flowerbeds. Apparently, the Saturday before, on their day off, employees came with trowels, gloves, flowers, and shrubs to beautify their workplace.

Opportunity Threads is a worker-owned manufacturer, meaning the employees share in the management and profits of the business. Chester saw the potential for such a business model beyond this one small factory.

“At the time, so many of our manufacturing companies in the community could not find anybody to come to work,” Chester says. “They were having trouble getting workers, keeping workers, and here was this company where everybody was so committed to their job. They wanted to come spend their free time just making the front of the building look nice.”

In her book, Lowe demonstrates the variety of ways industry, educational institutions, and government cooperate and innovate to recruit and retain a new generation of workers. The solutions differ based on industry and locale, but one question is pervasive: How can we ensure anyone in America can obtain rewarding employment with a livable wage?

The power in skill development

Lowe has spent her career trying to answer that question by documenting how worker advocates answer it. “Putting Skill to Work” is an attempt to organize all her observations into action items she can share with worker advocacy organizations and her students.

“In planning, we tend to write journal articles, and that means you can get deep into a particular case or issue but not give yourself a chance to step back and really think about what it means in larger terms,” Lowe says. “I wanted to write the book because I needed to make peace with skill.”

As a teacher of future economic and workforce practitioners, Lowe felt she needed to help her students realize the usefulness of skill — not in further dividing society, but as a generative resource for promoting more equitable economies. 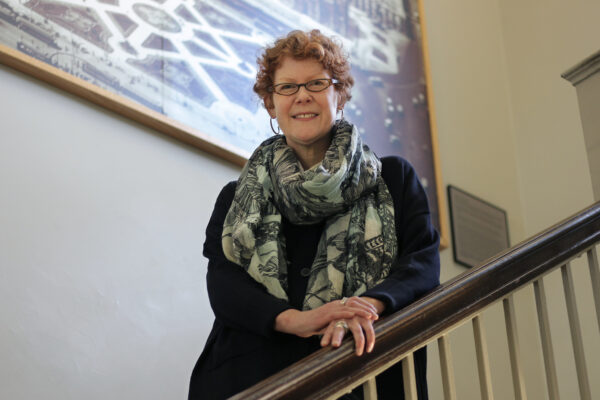 In 2004, as Lowe finished her postdoctoral studies and prepared to move to North Carolina to work at UNC, she came across one of the case studies she used in her book: BioNetwork, a group of community colleges collaborating to train people for work in biopharmaceutical companies. These community colleges not only prepared people for this new kind of work, but had to convince employers to relax hiring requirements to include refugees of declining textile and furniture industries who did not have college degrees.

Inspired by BioNetwork’s successful efforts, Lowe explored how organizations working with jobseekers and employers could utilize their positions to change industry and improve jobs. This curiosity took her around the country to places like Chicago, where public school programs were making similar relationships with manufacturers and training high schoolers. Such partnerships can lead to better benefits and pay for workers and systemic change within the businesses themselves.

“Our educational institutions should not be chasing businesses when these businesses are not prepared to invest in skill development themselves,” Lowe says. “We need to be relieving these institutions of that burden. And I think as a society, we benefit because there’s tremendous capacity within these institutions to be looking out, not just at the immediate skills that are needed, but the ones that we don’t even anticipate now.”

Lowe can relate to the importance of on-the-job learning.

“I’m definitely someone who has to learn through doing,” Lowe says. “The doing is being there in this case — talking to people about what’s happening at these firms and observing those interactions.”

As Lowe reflected on her book and watched the news throughout the pandemic, she realized she barely mentioned a vital topic: race.

Some companies use skill to justify lower pay for employees of color or not hiring them at all. While many of the institutions Lowe cited in her book do work with these communities, she did not discuss racially biased skill assessments and requirements. She’s still in the early stages of unpacking that issue, devouring books on the subject. She admits she didn’t consider race enough in her previous research — but she’s ready to change that.

“That was a moment in time, and I can keep evolving my own thinking about this,” Lowe says.

In addition to exploring this dimension of skill, Lowe is expanding her analysis to include manufacturing extension centers, government-funded organizations that assist small and medium-sized firms. She wants to find out how these centers are ensuring automation improves job quality and opportunities for frontline workers of color rather than displacing them — a topic she will explore in depth as an RTI University Scholar in 2022.

Earlier this year, she helped Chester and Hemstreet speak at a global economic development conference about Carolina Textile District and their work. Though she didn’t include their organization in her book, she has written a case study on their business.

“Nichola has an amazing ability to understand the heart of things and the why behind what we’re doing here in western North Carolina,” Chester says. “We’re making products, but at the end of the day it’s really about creating livelihoods for people here, and she’s always really just gotten that.”

Nichola Lowe is a professor in the Department of City and Regional Planning within the UNC College of Arts & Sciences.

Sara Chester is the co-executive director of The Industrial Commons.