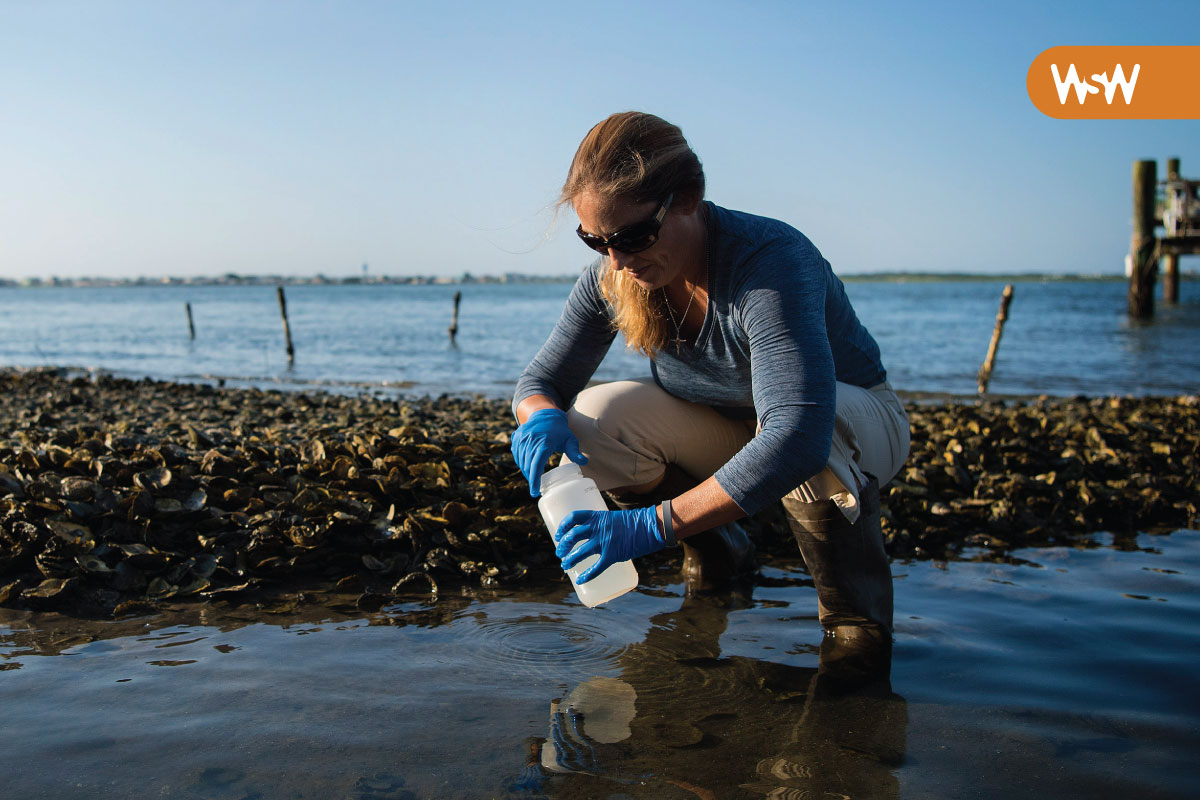 A marine biologist or an astronomer. I thought the ocean was a beautiful place with so many curious things to study like waves and tide pools.

Because I wanted to be an astronomer, my alma mater recommended I major in engineering. During my freshman year at Carnegie Mellon University, I took a course called “Calculus in 3-Dimensions.” After the first few weeks of the course, I rapidly decided that my interests were less engineering-oriented and more biological, so I ultimately decided to major in marine biology. 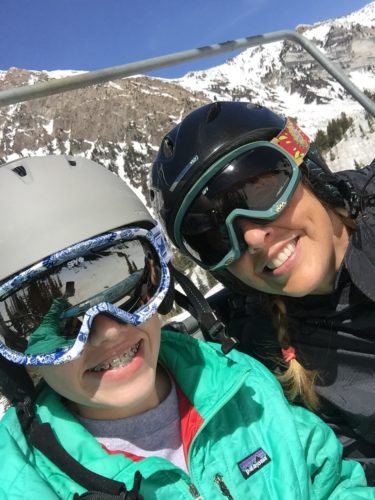 Noble (right) and her daughter Anna ride a ski lift in anticipation of a day full of snowboarding.

In Villefranche-sur-Mer, a small French town on the Mediterranean Sea close to Nice, I conducted field work to study phosphate limitation with a large collaborative group of American and European scientists. I was a graduate student and was responsible for bringing many of the supplies, but I forgot a key supply — the dye, acridine orange — which we needed to count bacteria on the microscope on our water samples. It was not something that we could find anywhere in Europe. After talking to a new colleague, Stephan Jacquet, about my situation, he loaned me a small bit of a fluorescent dye that he was using for his flow cytometry work.

I took a seawater sample, poured it through a filter the size of a 50-cent piece, then laid the filter on a few drops of the dye in a petri dish, where it sat while we went to lunch. When we returned, I examined the filter under the fluorescence microscope and lo and behold — I could see not only the bacteria in the water sample, but I could also count the viruses. It looked like a far-away galaxy. I published a paper on the newly developed, rapid method within about nine months of returning to the USA. To this day, that work has more citations than all of my other publications. I learned to be persistent and to think outside the box — something I have carried with me my entire career.

What are your passions outside of science?

I love to run, bike, swim, hike, bodysurf, play ultimate frisbee, and do anything outdoors with my children. I love snowboarding in the powder-filled mountains of Utah. My best ideas come to me in the outdoors.