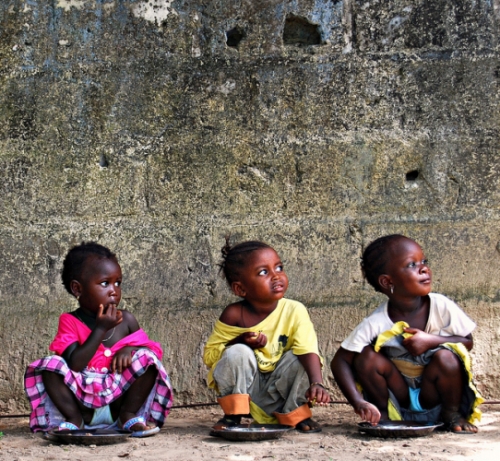 If you could improve a poor, undernourished child’s language and motor skills, his behavior, and even his IQ just by giving him an inexpensive nutritional supplement, would you do it?

Of course—anyone would. That’s what doctors thought they were doing in 2002 when they enrolled thousands of African babies and toddlers in a study to receive some combination of iron, folic acid, and zinc. But 19 months later, an oversight board shut down the study when it found that the children who received iron were 15 percent more likely to have died during the study. No one knows for sure what killed them. 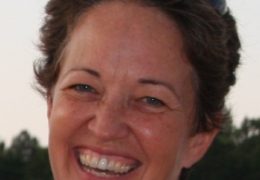 Throughout the developing world, at least 30 percent of preschool-aged children and pregnant women are iron-deficient, says Carla Cerami, a malariologist in the UNC Gillings School of Public Health. In some places, the number is much higher.

“We know all the downsides of not treating iron deficiency,” she says. “Developmental delays, learning delays, and all sorts of behavioral issues.” But today, because of the study cut short in 2003, the World Health Organization does not recommend iron supplementation in malaria-endemic areas. “It ended a lot of public-health programs,” Cerami says.

Increase your odds of dying sometime soon, or live with iron-deficiency anemia—that’s not a great set of options, especially for a child’s developing brain. That’s why Cerami and her lab are trying to solve the mystery of why iron supplementation seems to hurt rather than help in parts of the developing world.

Here in the United States, taking iron is safe, Cerami says (unless you have too much of it in your blood to begin with). Doctors recommend that pregnant women, for example, take extra iron. But in parts of the world that are rife with infectious disease and nutrition deficiencies, the picture changes.

“The growth of many bacteria depends on iron,” Cerami says. “It’s at the epicenter of a battle for resources between the host and the pathogen.” All living things need iron to grow. This means that being in short supply of iron might actually protect you from many potentially deadly bugs.

In the 2002 study, Cerami says, scientists suspected malaria was the culprit because the disease is endemic in the part of Africa where the study took place. In a similar study of nutrition supplements in Nepal, where there isn’t as much malaria, iron supplements did not increase deaths. Worldwide, malaria causes about 600,000 deaths a year, more than three-fourths of them children under age five, according to the World Health Organization.

“Maybe it was malaria,” Cerami says. “Maybe it was bacterial. Maybe it was something else.” Cerami, whose interest in malaria goes back to her grad school years, decided to find out for sure whether iron supplementation raises the risk of contracting malaria. 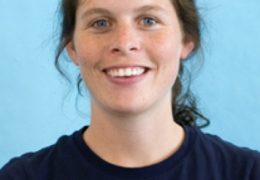 Courtesy of UNC Department of Microbiology and Immunology
Martha Clark

To begin figuring out the mystery, she started here, at UNC Hospitals. When patients turned up with iron-deficiency anemia, Cerami got samples of their blood—and then more samples later as the patients took iron supplements and recovered. Led by grad student Martha Clark, the lab cultured the patients’ red blood cells with Plasmodium, the parasite that causes malaria, mimicking the process by which malaria infects the body.

Senior biology major Marwa Elnagheeb did hours of painstaking microscopy for the project. “Malaria infects liver cells first,” she says. “Once the liver cells rupture, it enters red blood cells. The time the parasite spends in the red blood cells—that’s what causes the symptoms of malaria, the lethargy, fever, and chills.” The lab tracked these phases of infection by dyeing Plasmodium bright green, so the bug was visible inside the cells. 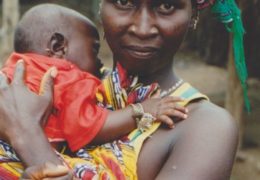 In The Gambia, where Cerami has been going to get read for the study, lots of factors complicate the picture of iron deficiency and malaria. Other infections, such as tuberculosis. Intestinal parasites. Sickle-cell anemia. Folate deficiency, riboflavin deficiency—a whole host of deficiencies.

The medical issues may be different in The Gambia, but in many ways, Cerami says, the area reminds her of parts of North Carolina. Rural, agricultural—and hot. Yes, she says, The Gambia is just as humid as North Carolina, and the heat lasts for longer. “It’s not always like North Carolina in August there,” she says, “but it’s like that for maybe half the year.”

They’ll do their research at a well-established facility owned by the Medical Research Council (the United Kingdom’s equivalent of the National Institutes of Health). Cerami will spend about a third of her time there over the next year and a half—when she’s not there, Goheen or another member of the lab will be. Working in the Gambian lab isn’t much different from the lab back home, Cerami says—only you have to drive about an hour and a half off of paved roads to get there.

In the neighboring village, Keneva, there’s no running water or electricity in the houses, although the Medical Research Council is putting in community water stations. “You know what they really need?” Cerami asks. “Books.” The primary school has only about half a dozen books, and many more students.

Some of those students will have younger siblings in the study: about 400 children under age five and about 400 pregnant women will enroll. Half will receive iron supplements. All the women and children in the study will be seen once a week by a field worker for the study. They’ll get screened for malaria, Cerami explains. The disease is common in the rainy season there, but it will be diagnosed and treated quickly. 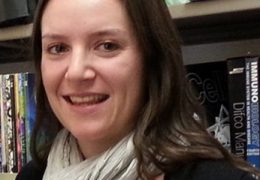 The goal of the study isn’t to study people who have malaria. Like in the study back home, Cerami’s lab will take red blood cells from women and children before, during, and after their treatment for iron deficiency—not when they have malaria. Led by Goheen, the lab will culture the sample cells with Plasmodium and watch what happens as the parasite tries to infect the cells and replicate. If they find that cells are most vulnerable as they’re becoming freshly stocked with iron, that will be strong reason to think that malaria was what killed children in the 2002 study of iron supplements.

The total number of deaths from malaria is declining each year, after reaching a peak of about 1.8 million in 2004, according to the Bill and Melinda Gates Foundation. The most recent figure—about 600,000 deaths each year—is still depressingly high. In the United States, the number of cases is actually on the rise as international travel increases. The Centers for Disease Control says that almost 2,000 people here now contract malaria each year. Deaths from malaria, although rare in the United States, happen occasionally when the disease goes undiagnosed.

“Progress has been made in fighting malaria, but it’s still a huge problem,” Cerami says. “I think of it like fighting obesity in the United States. Have we made progress on that?” In the areas with the most malaria, more people are getting treatment with anti-malarial drugs—but Plasmodium is evolving to resist the drugs, while the mosquitoes that transmit the parasite are also evolving resistance to insecticides.

But Cerami is heartened by the progress made since she was a grad student doing malaria research in the 90s. “Malaria was a neglected disease,” she says. “It was hard to get funding.” After that, she worked in the biotech industry doing drug development in a totally different area—therapies for brain injuries. Ten years in, as the Gates Foundation and others started to support malaria research, Cerami decided that her skills would be best put to use by going back to malaria.

“I decided you only go around once,” she says, “and you might as well do what you feel is most valuable—what you most believe in.”

Carla Cerami is a research assistant professor of epidemiology in the Gillings School of Global Public Health. Martha Clark and Morgan Goheen are grad students in the Department of Microbiology and Immunology in the UNC School of Medicine. Marwa Elnagheeb, who graduates in May 2014, is applying to MD/PhD programs so she can become both a doctor and an epidemiologist. Their work on malaria and iron-deficiency anemia is funded by a subcontract of a Medical Research Council grant from the Gates Foundation, as well as an Explorations in Global Health grant from the UNC Institute for Global Health and Infectious Diseases.