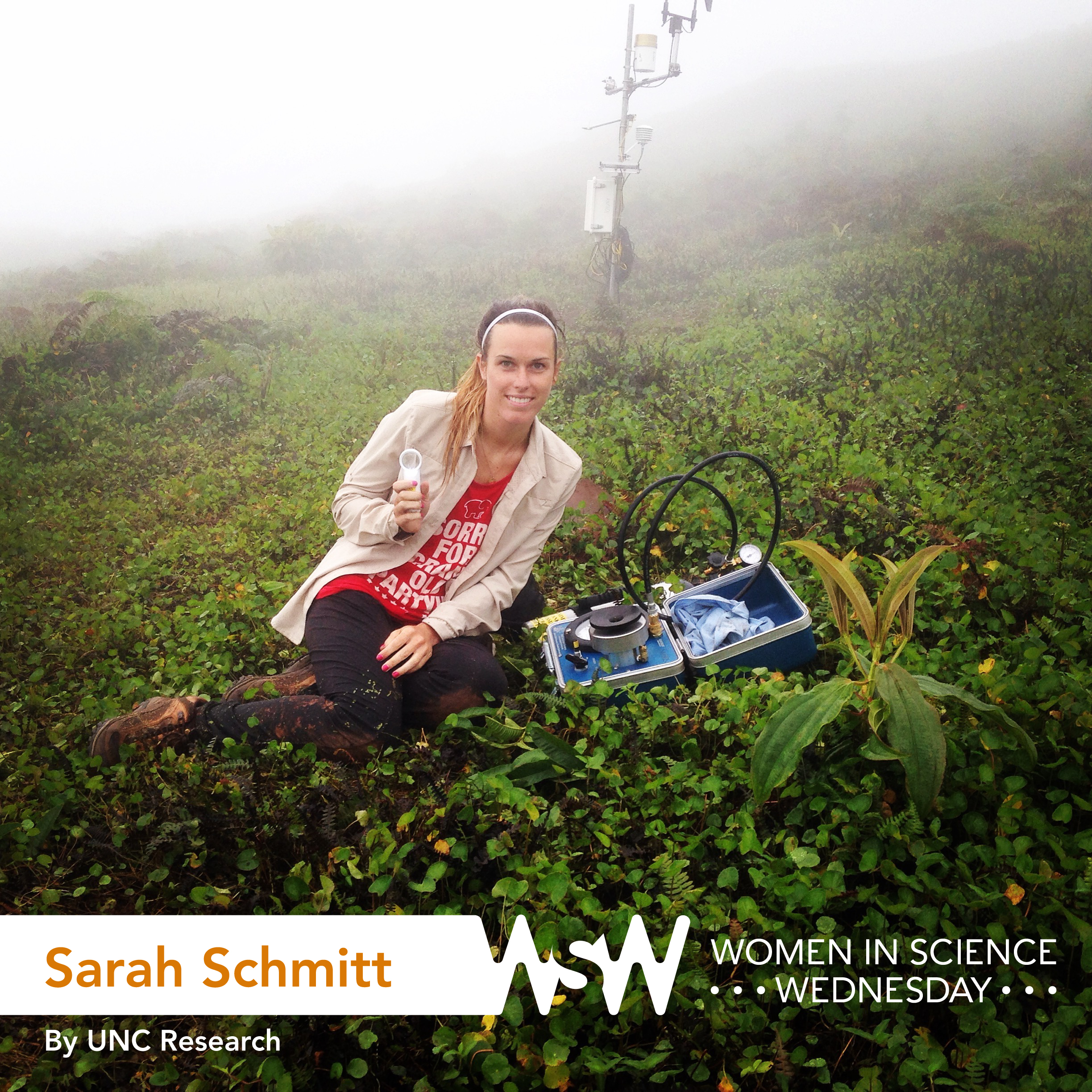 Photo by Kayla Seiffert
By endeavors
Women in Science Wednesdays

My dreams of being a ballerina were short-lived after I knocked over all of my classmates at a recital at the age of 4. In the beginning of elementary school, I aspired to be a food critic because I really enjoyed eating. Around the age of 10 or 11, my aunt gave me a signed autobiography by Sylvia Earle, the beloved undersea explorer. She became one of my heroes, and I have been passionate about science ever since.

My love for nature was nurtured at a young age by my family. My family’s beach cottage where I spent my childhood summers is located just five feet above sea level and 10 yards from the edge of the Chesapeake Bay. Sea level is rising, hurricanes abound, and water bodies are acidifying. It is unfathomable to think that the cottage where I spent my childhood summers and learned to sail and crab with my grandfather, who has since passed away, may cease to exist before my children have the opportunity to enjoy it. Throughout my college career and my undergraduate research experience in the wetlands of the Outer Banks in North Carolina, my purpose became clear to me — I just knew I had to be a scientist. I chose hydrology in particular because proper water resource management will be absolutely vital in the future and in light of global climate change.

Tell us a short story about a crazy thing that happened during your research.

In my time performing fieldwork in the Galápagos, there is never a dull day. On one particularly challenging day, I hiked over seven miles with all of my equipment to collect water from a number of groundwater springs. That day, I had a standoff with a very large herd of bulls, dodged a 10-inch Galápagos centipede, scaled the side of a very large waterfall, and was sliced in the face by a barbed wire fence. I was so relieved that I had made it through the day, that I didn’t fathom that my taxi driver would forget to return for me (the region I was sampling was pretty remote)! So, covered in mud and blood and with tiny branches sticking out of my hair, I managed to hitchhike home with a very kind banana farmer and his family. It was all worth it, though. Those samples were key in my later analysis!

In honor of Women’s History Month, share an anecdote that shows why women need to continue breaking barriers.”

The way women have been inhibited educationally throughout history is evident in my own family. My great grandmother was brilliant. She graduated college, but, at the time, wasn’t given the opportunities like I have been given now to use her education beyond her college years. My other great grandmother only had an eighth-grade education. My grandmothers finished high school and some college, respectively, but both married young and became homemakers.

My mother, one of my heroes, took her education a step further and earned her MBA. At the age of 24, I am now in my second year of my PhD. Had women not been fighting for equality and professional opportunities in recent decades, I wouldn’t have the opportunity to be pursuing my passion as I am right now. If I ever have a daughter, I want her to feel like she can pursue whatever career path she chooses. Thus, we all need to continue breaking barriers so our next generation feels even more empowered than we do now.

Always be confident in both who you are as a person and who you are as a researcher. Being confident will both empower you to perform your best work and empower others in the process. Also, there is absolutely nothing wrong with being in a traditionally male-dominated field and showing your feminine and girly side. If you’re the type to wear cute sundresses and rock a manicure when you’re not in the field, work it girl — I do!