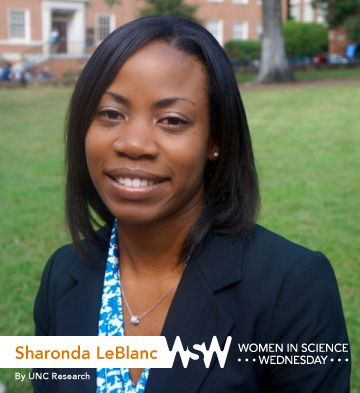 I always said I wanted to be a doctor, lawyer, or professional basketball player. I was way too shy to be a great basketball player, and I ended up running track in college. Being a scientist never crossed my mind, mainly because I didn’t know what it was all about. Doing research is very different from any of those professions, but I love it.

I’ve always been very curious about, well, everything. I had great science teachers in high school, and decided to major in chemistry in college. Even then I thought I was heading to professional school (i.e. pharmacy). I decided to go to graduate school because I realized how much I loved to learn, and being in the research lab was a hands-on way to do just that.

While I was in graduate school, I had the opportunity to attend the 60th Meeting of Nobel Laureates and Students in Lindau, Germany. It felt a little surreal being around so many brilliant people on such a small island, but the experience was amazing. My highlight was having a conversation over dinner with Professor Rudolph Marcus (1992 Nobel Prize in Chemistry for electron transfer theory). 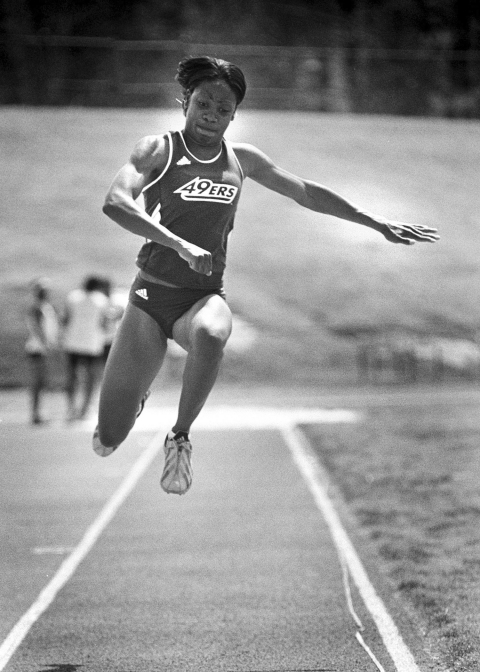 Photo Courtesy of UNC Charlotte
At UNC Charlotte, LeBlanc was the first student athlete in the university’s history to garner both academic and athletic All-America Honors. She is a two-time All-American in the women’s triple jump, and a three-time Academic All-American.

Find good mentors who support you, and believe in your dreams. Have the courage to be you, and don’t apologize for it.