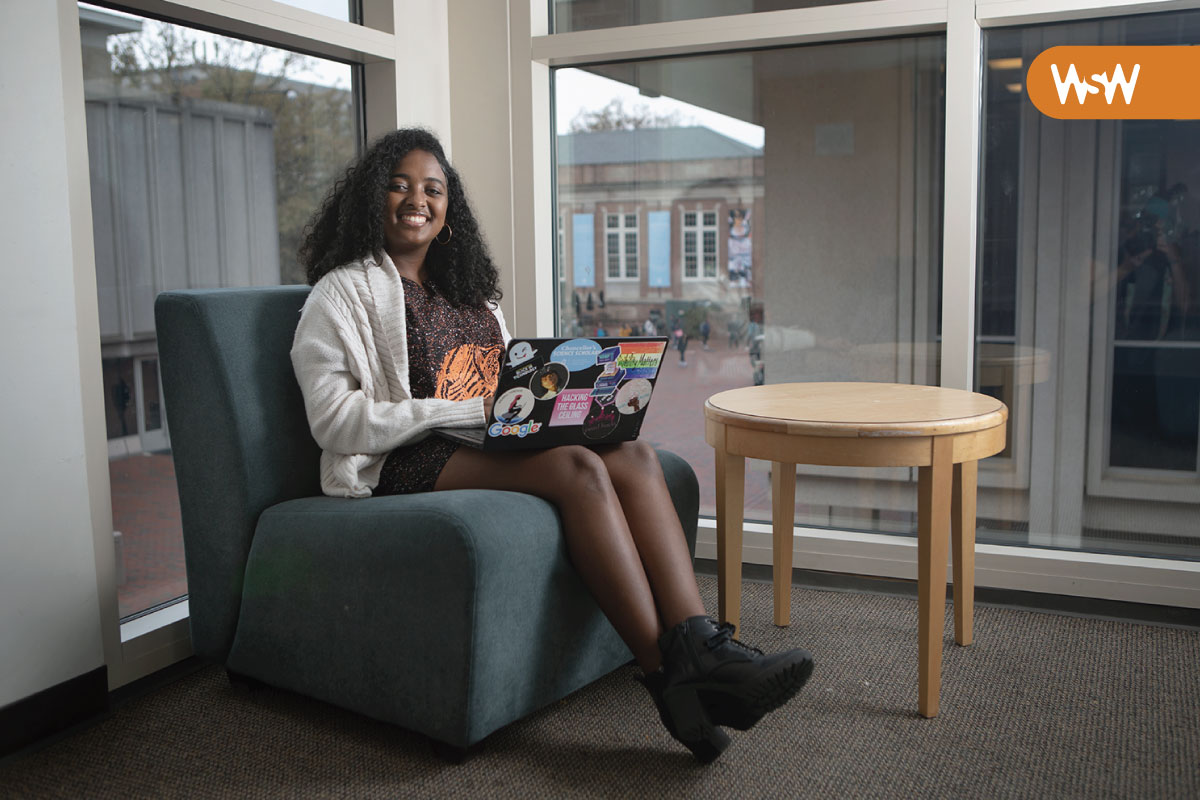 photo by Megan May
By endeavors
Invention | Women in Science Wednesdays

Anyone who knows me knows that I love dogs, and as child I was so set on working with animals when I grew up. But as I got older, I realized there was more to being a veterinarian besides spending time with animals. When taking care of sick animals, there is always a chance that they might die and I realized that this was not something I wanted to witness. My love for animals has not changed, though!

“Protecting you against fake news.”

I won the lottery — literally and figuratively — when I was chosen for Apex High School’s Academy of Information Technology (AOIT). Through AOIT I was exposed to the world of computer programming and through the coursework I took, I discovered my passion for computer science. 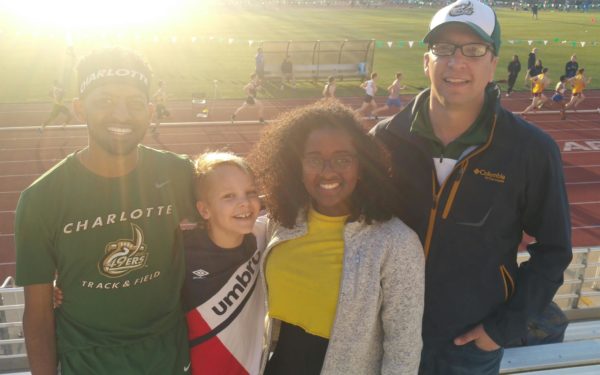 Coulter (second from right) poses with her brothers and dad after her older brother’s track race at UNC Charlotte.

During my first week working at a software company, SAS Institute, in the summer of my junior year of high school, I managed to shut down the research and development servers. I had only been working for three days, and on that Friday one of my bosses asked the other interns and me to help him on a project. He briefly explained what we needed to do and left to get us some equipment that would help us out — that is when everything fell apart. One of the other interns and I accidentally took out the hard drives from four of the servers that were still on. This was a major problem because several of the people who work in R&D lost their connection.

I tried to fix my mistake by staying late to remember where each hard drive was supposed to go, but to no avail. My bosses understood it was my first week, so they were not mad. But I felt awful, so for the rest of my internship I tried to do everything I could to earn their trust back. In the end, my efforts paid off because during my time there they gave me more responsibilities and one of the major projects I worked on actually involved servers with sensitive information. Toward the end of my internship, I went back and worked on the first project by myself. I was trusted with the very hard drives and servers I had once badly bungled.

Exposing people to my Ethiopian culture, among other African cultures, and sharing my love for computer science with the younger generation. I believe in doing one thing every day that you love.