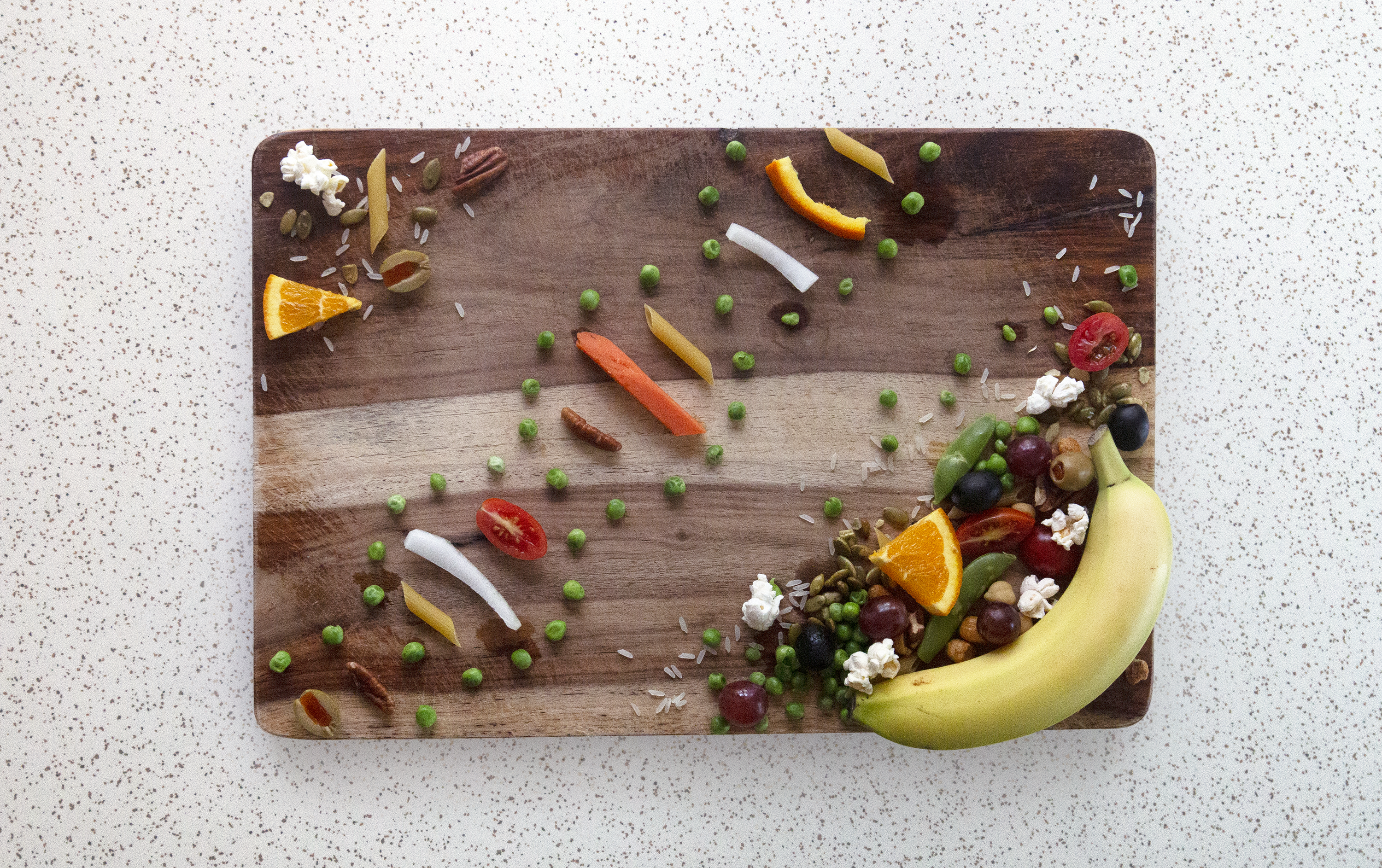 Cynthia Bulik was a research assistant working in childhood depression when the lightbulb went off. She was assigned to a sleep study focused on depression and anorexia and decided to familiarize herself with the latter. A week shadowing a psychiatrist at UPMC Western Psychiatric Hospital in Pittsburgh was enough to make her realize she had been surrounded by eating disorders for much of her life.

A lifelong figure skater, Bulik suddenly understood what happened to so many of her friends, as they would progressively lose weight and eventually leave the sport.  She recalls that in the 1970s and ’80s, eating disorders and other psychiatric illnesses were still heavily stigmatized and ignored.

“I thought, God, this is what’s been going on with my friends,” she says.

Since 1982, Bulik has dedicated herself to investigating causes and treatments for eating disorders like anorexia nervosa, bulimia nervosa, and binge-eating disorder. She is the founding director of the UNC Center of Excellence for Eating Disorders — a world leader in treatment, research, and training around eating disorders since its opening in 2003 — and director of the Centre for Eating Disorders Innovation at the Karolinska Institute in Stockholm, Sweden. Bulik’s goal is to build a bridge between the two centers.

Nearly four decades after her worlds of academia and competitive skating converged, Bulik’s passion for the subject remains steadfast. Now, she is leading an international study on eating disorders called the Eating Disorders Genetics Initiative (EDGI). The project is a multi-site, global effort to rapidly and efficiently sample, genotype, and catalogue 100,000 participant surveys and saliva samples for anorexia, bulimia, and binge-eating disorder. UNC and its four official collaborators — located in the United States, New Zealand, Australia, and Denmark — aim to contribute at least 25,000 participants, including their survey results and genetic samples, to the effort. Genetics are a formerly neglected side of eating disorder research and treatment.

A grant from the National Institute of Mental Health (NIMH) funds four EDGI sites. Other countries are involved outside of the center’s collaborations, too, including planned sites in Sweden, England, the Netherlands, and Mexico. 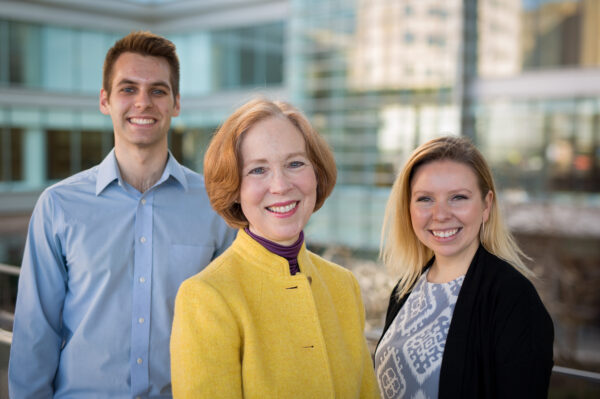 EDGI is on the heels of another GWAS that already made waves in 2019. The Anorexia Nervosa Genetics Initiative, or ANGI, was the largest and most rigorous genetic investigation of eating disorders ever conducted when it began in 2013 — and Bulik was the lead investigator. ANGI collected biological samples and surveys from 13,363 individuals with anorexia and people without the disease who were matched by ancestry and geography.

ANGI ultimately identified eight areas within the human genome that differed between participants diagnosed with anorexia and those without anorexia. These areas point to genes that may influence risk for anorexia nervosa — information that changes we think about the disorder. Before ANGI, Bulik says, anorexia was viewed primarily as a psychiatric illness, and treatment focused on components like the drive for thinness and fear of weight gain. But she long suspected that this approach did not tell the whole story of the disorder.

“It never made sense that this was all psychological. Anorexia is too extreme,” she says.

“But now I need to do a total turn-around on that and say, Yes, you’re right, metabolism does play a role in anorexia,” she says.

Eating disorders today have a one-size-fits-all treatment. An improved focus on precision medicine and consideration of biological factors can save lives, according to Bulik.

“Anorexia is not just a choice not to eat,” Bulik says. “Sometimes people with this illness just can’t eat. They will sit there and try, but it is so amazingly difficult to recover from this illness.”

For example, ANGI’s findings on the significance of metabolic factors demonstrated how crucial it is for hospitals to adequately re-nourish patients with anorexia. Because of insurance company policies, patients re-nourished in U.S. hospitals are often discharged once they have reached 80 to 85 percent of their ideal, healthy body weight.

In other countries, where patients are kept in the hospital until they reach 100 percent of their ideal body weight, their metabolism is given the opportunity to fully equilibrate and re-stabilize, and the treatment is more successful. ANGI made clear that to avoid this cycle of relapse, hospitals and insurance companies must understand this vital metabolic component.

EDGI goes far beyond the scope of ANGI, including participants who have experienced anorexia, bulimia, or binge-eating disorder. This wider umbrella results in entirely new questions for researchers

“We’ll be looking not just at differences between cases and controls, but the similarities and differences across eating disorders,” Bulik explains. “Why does someone develop binge-eating disorder and someone else develop anorexia nervosa?”

The multi-national, five-year project has been impeded by the events of 2020. The launch in Australia was postponed due to the destructive wildfires that ravaged the country in January. Then, as a result of COVID-19, the Australia and U.S. sites experienced a “soft launch” and will officially start in September.

Fortunately, the project in New Zealand was able to begin in late February before the COVID-19 pandemic became widespread. The site had 1,000 participants sign up in the first 24 hours. Denmark was also able to launch, thanks to the country’s national database of genetic samples from newborn infants.

The virtual nature of EDGI has helped it adapt to remote operations, according to Bulik. Even as the pandemic fluxes, participants can easily complete the online survey and mail in a saliva kit from the comfort of home. The online questionnaire takes one to three hours to complete, establishing a person’s lifetime history of their eating disorder. Genetics alone do not cause eating disorders, Bulik says; it’s a combination of genes and one’s environment.

The survey asks participants about other factors like depression, anxiety, obsessive compulsive symptoms, substance abuse, life events, and physical activity. The more information provided, the richer the research will be, and the more researchers will understand the genetic overlap between eating disorders and other psychiatric disorders and behaviors.

An uphill battle against biology

One takeaway from ANGI, and a continued theme in EDGI, is proof that eating disorders are not a choice — a finding that patients and parents have expressed gratitude toward, Bulik says.

“If you talk to anybody who has had anorexia, they’re like, Good heavens, I never chose to have this illness. I wouldn’t wish it on my worst enemy. The belief that people somehow choose to develop the illness, and then it would be so simple to recover, that all they need to do is choose to eat, that’s not what this is about,” Bulik says.

The current treatment for eating disorders in youth is family-based treatment, so parents with children diagnosed with anorexia must work full-time to re-nourish their child. It’s a challenge that is difficult for others to comprehend.

Bulik describes anorexia as an uphill battle against one’s own biology. Unlike most healthy individuals, many people genetically predisposed to anorexia experience hunger differently. While skipping lunch will likely cause most people to feel agitated and irritable, those with anorexia are calmed by the sensation.

“People who are genetically prone to anorexia are often pretty anxious at baseline,” Bulik says. “And they often claim that when they’re hungry or when they’re starving, they feel better. It actually calms them both biologically and psychologically.”

It’s a difficult situation for people who have not experienced an eating disorder to imagine, which is why evidence of genetic and metabolic influences is crucial to improving public and medical understanding.

Bulik expects more countries to join EDGI. This emphasis on inclusion adds to EDGI’s crucial goal of diversifying the sample size in order to understand how eating disorders manifest and differ globally. On one hand, there is a universal core to eating disorders, but geographical differences are found in the disorder’s cultural packaging, such as societal expectations, sport requirements, and religious beliefs.

“For example, in Asia, you don’t always see the same drive for thinness in anorexia that you see now in western countries, but the disorder otherwise looks exactly the same,” Bulik says.

“But if you look back to the 1500s, you can read these case reports of saints who have classic anorexia nervosa, but it’s packaged in religiosity — trying to be pure, trying to be closer to God,” Bulik says.

Bulik recalls a recent interview she had with a woman from the Middle East whose eating disorder was triggered and defined by Ramadan. While many of this woman’s relatives felt uneasy about the difficult task of fasting during Ramadan, it was something she looked forward to.

“She actually developed her personal narrative about her anorexia all about being more religious and closer to God,” Bulik says. “It’s almost like she took this old cultural packaging and applied it today, but the core was the same: the reinforcing nature of starvation.”

The plan for EDGI is to collect samples for three years. This will be followed by a massive  analysis under the umbrella of the Psychiatric Genomics Consortium (PGC). Based out of UNC, PGC uses global collaboration to create one of the largest experiments in the history of psychiatry, involving almost 900 clinicians and scientists across the world. Among the PGC working groups for different disorders, Bulik is the founder and chair of the eating disorders working group. PGC will pull together three years of sample and survey data from the numerous sites for analysis. This is how Bulik plans to achieve that 100,000-person sample size.

The project is heavily reliant on connecting with participants virtually. EDGI has active accounts on Instagram, Facebook, and Twitter, as well as their own website. There they share resources and mini-webinars between Bulik and public figures who have struggled with eating disorders, including Olympic figure skater and UNC PhD student Rachael Flatt and author and advocate Brian Cuban, the brother of entrepreneur and Mavericks owner Mark Cuban. The goal of these conversations is both to educate people and encourage participation in EDGI.

Looking forward, Bulik anticipates changes in both the short- and long-term. She hopes that a more immediate impact of the data will be a new focus on the importance of not discharging eating disorder patients too quickly from hospitals so that they can actually stabilize metabolically. Such changes, and the identification of new genetic pathways through EDGI, will ultimately encourage the development of medications that target the biology of eating disorders.

“We don’t have a single medication that has emerged from an understanding of the biology of these illnesses,” Bulik says.

In the meantime, Bulik continues to serve in her two full-time positions from her home in North Carolina. Handling these responsibilities alongside the organization of EDGI is a massive undertaking, but she manages by returning to the sport that inspired her career-path: ice-skating.

“The other thing is I’m just so passionate about what I do,” she says. “Whenever I get an email from a family or a patient thanking me, or conversely I get an email that someone else has died from an eating disorder, it just fuels me, because I’ve got to find answers.”

Rachael Flatt is a PhD student in the clinical psychology program in the Department of Psychology and Neuroscience within the UNC College of Arts & Sciences. She is also a graduate research assistant in the UNC Center of Excellence for Eating Disorders within the UNC School of Medicine.