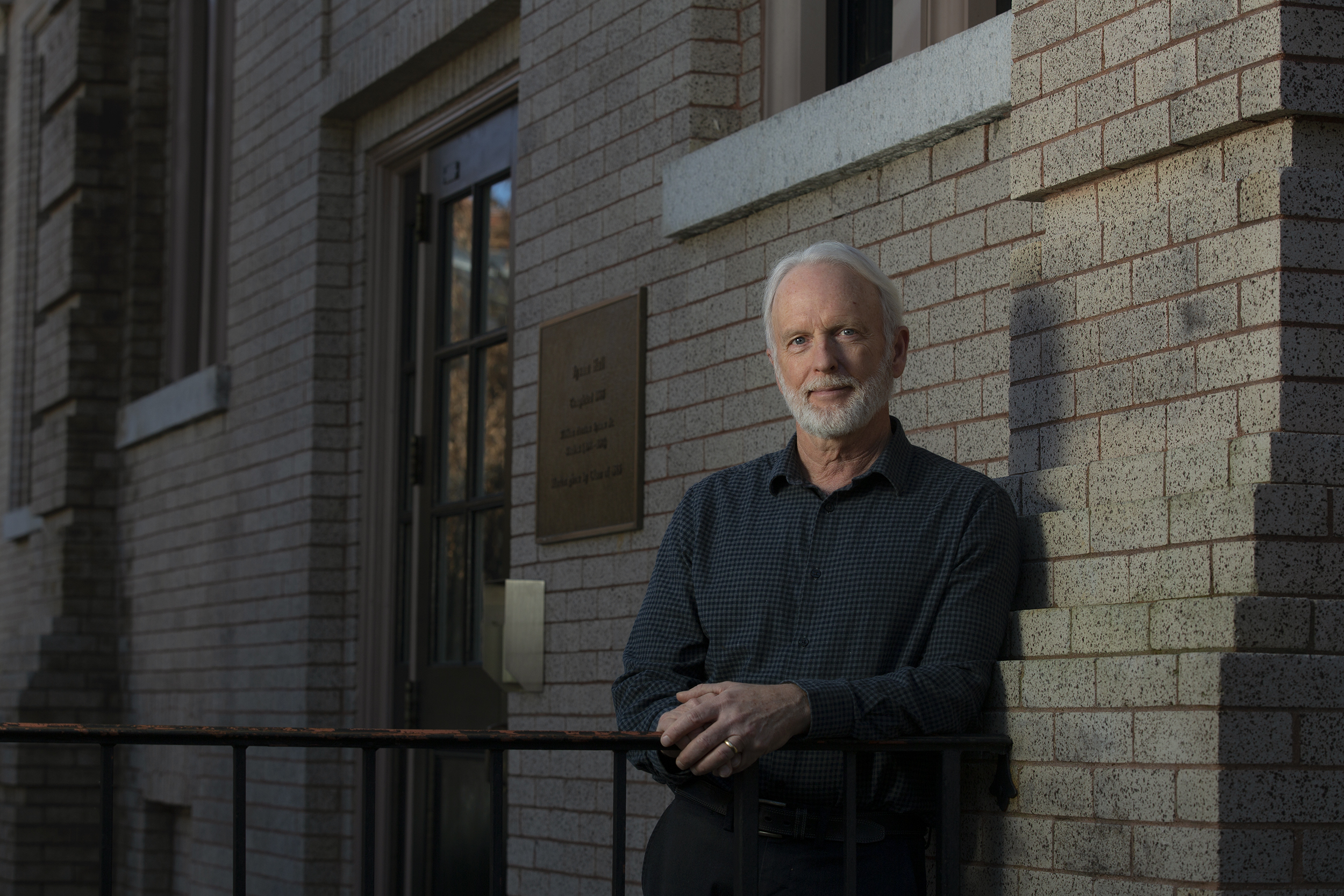 photo by Megan May
Neil Caudle managed Endeavors from 1995 to 2010. While he was always editor, he made his way up the administrative ladder at Carolina, holding the title of associate vice chancellor for research when he left in 2010.
By Alyssa LaFaro
Creativity

Writer. Director. Graphic designer. Neil Caudle has held a lot of titles, but one of his most memorable was editor of Endeavors. From 1995 to 2010, he oversaw the magazine’s rebranding, mentored numerous young writers who have gone on to work for respected science publications like American Scientist, and sat at the helm as the magazine won multiple awards — including one from the Council for Advancement and Support of Education (CASE) for best research magazine in 2006.

Endeavors: What were some of the biggest challenges Endeavors had to overcome during your time there?

Neil Caudle: Budget was always a challenge. Every single year someone would suggest, Oh, we can take that money and put it into startup ventures or matching funds for grants — and that kind of thing. It was constantly a battle of defending our existence. Fortunately, the vice chancellors were supportive, as were many of the faculty members. While those moves never succeeded, I spent an awful lot of time digging for information about the value of the magazine and presenting it at meetings.

E: But the print magazine was eventually cut, shortly after you left. What are your thoughts on its evolution from a print product to a multimedia platform?

NC: I certainly understand it. We all need to be savvy about multimedia communication these days. That’s where the world is. But I still think there’s a place for print — and I don’t think that’s ever going to go away. When the print piece lands in your mailbox or office, that’s a gift. You can’t help but pick up a handsome magazine. And even if that’s all you do, it presents the quality of the institution you represent. A good story told online is the same as a good story told in print; it’s simply the presentation of a printed gift to the reader.

E: Whether printed or online, what do you believe is the value of a magazine like Endeavors?

NC: The world — our whole culture — is driven by discoveries. And not just from the practical standpoint of technologies that wind up in the marketplace, but the way we understand what’s going on with our climate, our solar system, our brains, our health. Our entire understanding of how our culture works and how we operate comes from research. So, as a practical necessity, people need to know what’s going on.

But the other part is the joy of it. Why would you want to keep secret what can fill people with awe and joy? To know, for example, that the North and South poles communicate with each other. That fills me with awe, and I want to know more. That joy of knowledge, of learning what you didn’t know before — we have a responsibility to share that.

E: And you shared a lot in your 15 years here. What was one of your favorite stories that you worked on personally during your time here?

NC: The one I hear about most still is “The Predator in the Stone.” It’s about UNC geologist Joe Carter and one of his students, Brian Coffey, who discovered an ancient reptile called a rauisuchian — a predator that predated the dinosaurs. It was an amazing story, from how the student found it to how Carter got involved in processing the site and the bones, even though that wasn’t his field. I wound up writing this long piece and illustrating it with watercolor. It was heaven — from the passion of the scientists to the subject matter itself.

E: You mentored some young talented writers as well. Tell me about them.

NC: Some of the best writers we had for Endeavors were students. About once a year, a grad student would come to us and say, I have always wanted to be a scientist, and I love science, but I hate life in the lab. I don’t want to be a lab rat. I want to try science writing. So I would invite them to story meetings and let them try short stories at first, and then longer ones later on. One of those students was Marla Broadfoot, who is a very successful science writer now. She has a PhD in genetics.

Another person who stands out for me is Cherry Crayton, an editorial assistant who took on this big ambitious story about abused families. Her writing was heartfelt, and she did a lot of good reporting. I was just blown away by how she handled that topic as an amateur. It was her first real outing as a writer — and I found it moving that a young woman could find her voice that way.

There are countless others. Anton Zuiker is a communications specialist at Duke Medical School. Liz Zubritsky — our very first student intern — has a big job as the society and media relations manager for the American Chemical Society. Marissa Melton is a reporter for Voice of America. These are the things I’m most proud of.