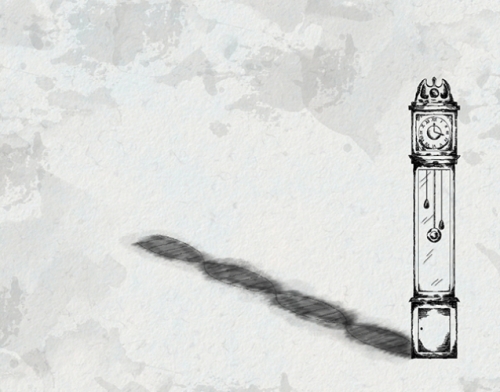 Inside every single cell in your body is a clock. But this clock doesn’t keep time. It keeps tiny proteins in sync with your environment—sunrise and sunset, for instance—so that that when you need to wake up and start your day, your body can muster the resources to make it happen. And when you mess around with your sleep—say, when you fly to Australia and tomorrow becomes yesterday—your circadian clock reminds you that you can’t do that without consequences.

But there’s much more to the circadian clock than jet lag. Researchers, including UNC’s Aziz Sancar, are finding that these circadian proteins are crucial players in conditions such as metabolic syndrome, insomnia, seasonal defective disorder, diabetes, obesity, and cancer.

Sancar, for instance, studies DNA repair. He’s found that the circadian clock plays a role in the effectiveness of chemotherapy treatments that are designed to damage DNA in rapidly growing cells. That is, certain cancer treatments seem to be more effective during certain times of day.

Now, 16 years after Sancar and others discovered the genes that control how our circadian clocks work, his lab has found how two genes called Period and Cryptochrome keep the circadian clocks in all human cells in time and in proper rhythm with the 24-hour day, as well as the seasons.

“Discovering how these circadian-clock genes interact has been a long time coming,” Sancar says. “We’ve known for a while that four proteins were involved in generating daily rhythmicity but not exactly what these genes did. Now we know how the clock is reset in all cells. So we have a better idea of what to expect if we target these proteins with therapeutics.”

There are always four

In all human cells, there are four genes—Cryptochrome, Period, CLOCK, and BMAL1—that work in unison to create the proteins that control the necessary cyclical changes in human physiology, such as blood pressure, body temperature, and rest-sleep cycles. The way in which these genes control physiology helps prepare us for the day. For instance, we need our blood pressure to increase in the morning to help us deal with the fact that we’re pushing ourselves from eight hours of sleep into a day spent upright.

The reason we feel like a train hit us when we fly to Australia is because our circadian genes had been running on a 24-hour cycle that we decided to upend. This circadian clock, then, is what keeps us in proper physiological rhythm. When we try to fast-forward or rewind the natural 24-hour day, our circadian genes and proteins need time to adjust. Jet lag is the feeling of our cells “realigning” to their new environment and the new starting point of a solar day.

Previously, scientists found that the CLOCK and BMAL1 genes work in tandem to kick-start the circadian clock. These genes turn on many other genes to express proteins. This allows cells, such as brain cells, to behave the way we need them to at the start of a day.

“It’s a feedback loop,” says Sancar, whose discovery of Cryptochrome in 1998 was featured in the New York Times. “The inhibition of CLOCK and BMAL1 takes 24 hours. This is why we can see gene activity go up and then down throughout the day.”

But scientists didn’t know exactly how that gene suppression and protein degradation happened at the back end of the clock cycle. In fact, during experiments using one compound to stifle Cryptochrome and another drug to hinder Period, other researchers found inconsistent effects on the circadian clock, suggesting that Cryptochrome and Period did not have the same role. Sancar thought the two genes might have complementary roles. His team conducted experiments to find out.

Chris Selby, a research instructor in Sancar’s lab, used two different kinds of genetics techniques to create the first-ever cell line that lacked both Cryptochrome and Period. Each cell has two versions of each gene. Selby knocked out all four copies.

Then Rui Ye, a postdoctoral fellow in Sancar’s lab, put Period back into the new mutant cells. But Period by itself did not inhibit CLOCK-BMAL1; it actually had no active function inside the cells.

Next, Ye put Cryptochrome alone back into the cell line. He found that Cryptochrome not only suppressed CLOCK and BMAL1, but squashed them indefinitely. “The circadian clock couldn’t restart,” Sancar says.

For the final experiment, Sancar’s team added Period to the cells with Cryptochrome. As Period’s protein accumulated inside cells, the scientists could see that it began to remove the Cryptochrome, as well as CLOCK and BMAL1. This led to the eventual degradation of Cryptochrome, and then the CLOCK-BMAL1 genes were free to restart the circadian clock anew to complete the 24-hour cycle.

“What we’ve done is show how the entire clock really works,” Sancar says. “Now, when we screen for drugs that target these proteins, we know to expect different outcomes and why we get those outcomes. Whether it’s for treatment of jet lag or seasonal affective disorder or for controlling and optimizing cancer treatments, we had to know exactly how this clock worked.”

Previous to this research, in 2010, Sancar’s lab found that the level of an enzyme called XPA increased and decreased in synchrony with the circadian clock’s natural oscillations throughout the day. Sancar’s team proposed that chemotherapy would be most effective when XPA is at its lowest level. For humans, that’s late in the afternoon.

Aziz Sancar, a member of the UNC Lineberger Comprehensive Cancer Center, is the Sarah Graham Kenan Professor of Biochemistry and Biophysics in the UNC School of Medicine. His study, which was published in the journal Genes and Development, was funded by the National Institutes of Health and the Science Research Council and Academia Sinica in Taiwan.