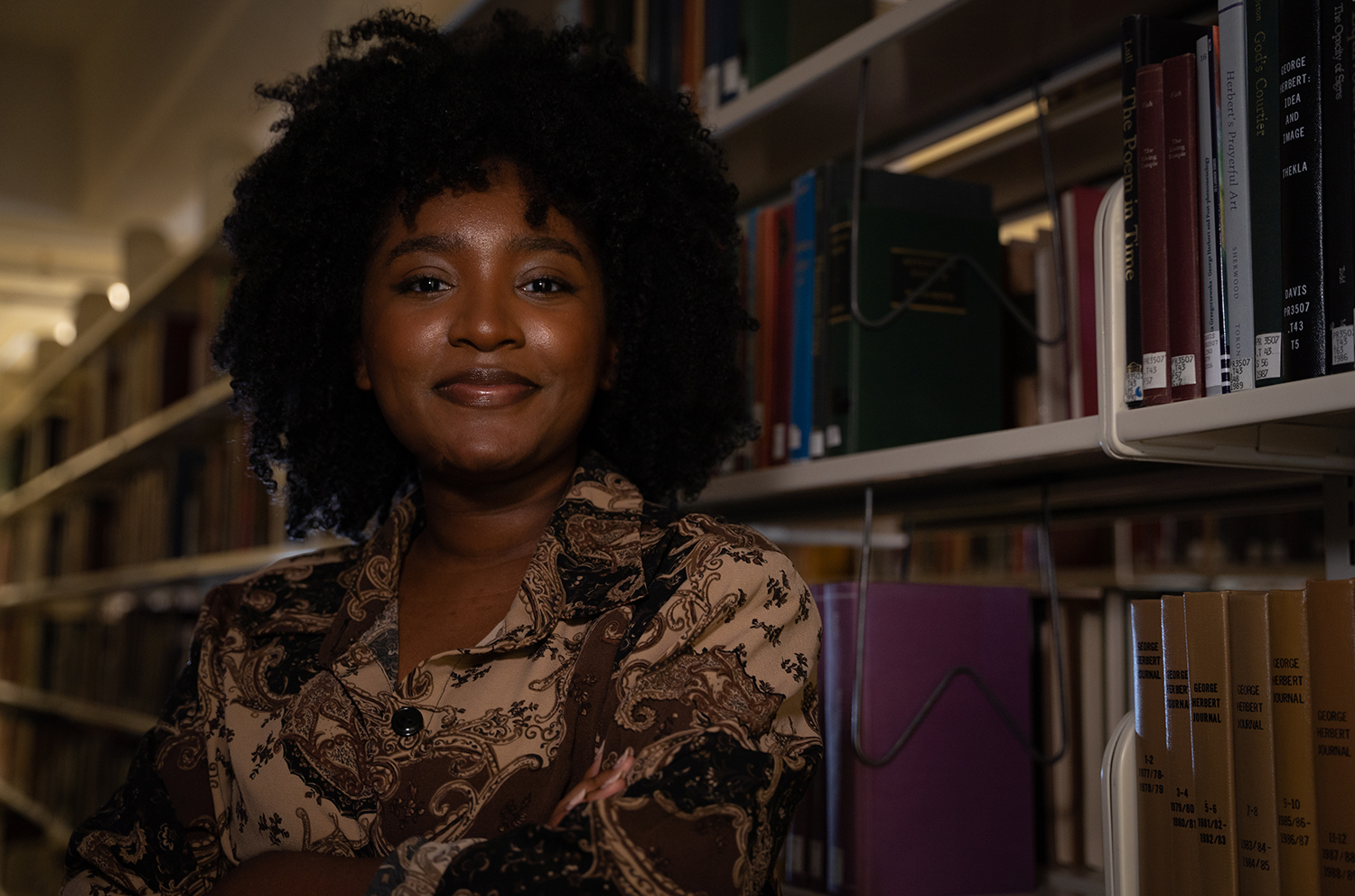 Ayana Monroe began coding when she was just 8 years old. She learned about it in a technology class that was part of her third-grade curriculum at Jeffers Hill Elementary School in Columbia, Maryland. While her fellow classmates also learned the ins and outs of the computer language, her teacher — Vernecia Griffin — recognized a talent in Monroe.

“Ayana had an uncanny way of drawing people in when she walked into the room,” Griffin shares. “She always had a smile on her face and never hesitated to ask questions. While most students ask questions that help them complete a task or project, Ayana got the answers and always took it upon herself to learn more, do more, and share what she learned with me.”

Griffin recommended that Monroe partake in Maryland MESA, an after-school program focused on computer science and engineering. Participating students develop their own projects and go on to compete with other students from across the state. Monroe used Scratch programming language to create a project on file-sharing and piracy.

“I used digital storytelling to describe what that was, how to do it, and why it could be considered a crime when applied to movies and music. I think it even had a quiz at the end,” Monroe says with a laugh.

She won the state competition.

“It was exciting — and so much fun,” Monroe recalls.

In response, Monroe joined any and every computer science club she could, including Girls Who Code. When she was 12, she participated in a summer program at the University of Maryland (UMD), where she toured the Human-Computer Interaction Lab.

“I saw them doing basically the same thing I was doing, but their angle was more about caring for people. Like, involving people in the computer science process and going out to get their feedback on what they were designing and doing,” she says.

Monroe loved the idea of bridging computer science and people, and her time at UMD propelled her into her current studies at UNC. As a junior and Chancellor’s Science Scholar, she is double-majoring in computer science and information science — and is involved in more projects than she’d like to admit. She’s an active member of UNC’s Product Management Club and has completed internships with John Hopkins University, the National Security Agency, Onyx Point, and AstraZeneca. She also participated in a mentorship program at Google.

UNC Research sat down with Monroe to learn more about her interest in human-computer interaction, the projects she’s involved with, and her experience writing her first research paper.

Endeavors: What is human-computer interaction, in a nutshell?

Ayana Monroe: Human-computer interaction is the study of how to facilitate the sharing of information at a systems level to the user effectively. It can be thought of through many contexts, even something like searching on Google. How does an interface promote the sharing of the ask that the user makes of the system effectively so that they get what they need? Or something like text messages. How do you get information that is sent from one person across the globe to another person simply and effectively? How do you facilitate that information sharing in a way that’s nonobtrusive and intuitive?

Endeavors: While it seems like you’ve uncovered your passion quickly, you’ve tried a lot of things to find it. Tell me about some of your internships.

AM: In high school, I interned with Johns Hopkins University for two summers. For the first, I worked on node graph creation. You take in a file with nodes and connections and graph it, which puts it into a text file and spits it out. It was pretty labor-intensive and didn’t have the personal interaction I wanted. The following year, though, I learned about accessibility and usability and audited a course to teach undergraduates how to use Python, a programming language, to analyze slices of the brain.

This past summer, I worked at AstraZeneca as a user experience (UX) intern. My director is the lead for the company’s accessibility on the 200-plus websites they have for each of their medicines, and she was tasked with creating a way for designers and developers to diagnose and fix accessibility issues. I helped with that.

What’s interesting is that most companies design and build websites — and then think about accessibility. But if you build in the accessibility while you’re designing, you avoid the headache and the cost burden of having to figure it out later. The same thing is true of UX. If you think about the user while you’re building the product, you have fewer issues later.

That’s why I’m interested in human-computer interaction. It’s all for naught if, when you put it out into production, there’s something that could have easily been caught in testing. People spend so much time on this stuff and run into issues that could have been avoided if they had a formula for how to get human feedback on their products.

Endeavors: You’re involved in so many projects. Do you have a favorite?

AM: I would say probably my work in the Humans and Technology Lab (HATLab) at Clemson University. I work with professor Kelly Caine and PhD student Errol Francis II. We are building a news authentication tool that helps users figure out whether or not to trust their news. What do people need to see to trust their news? We’re trying to answer this question so that the researchers at Columbia University who are on the journalism side and the ones at New York University who are building the blockchain system can then inform their decisions on what to do and how to build their tool.

AM: For the first phase, we did a survey and an interview about people’s perceptions of online news and what they would need in a tool to trust. We finished that in September. It was a lot of work. And then we wrote a paper — and that was a lot of work, too. It was hard, but it was fun.

Endeavors: Was this your first big paper?

AM: Yes, and I’m the third author. It was hectic because there was all this survey and qualitative interview data that had to go into it, and it’s going to be seen by, possibly, hundreds of thousands of people over the next couple of years.

But it was also kind of spiritual. Between middle school and now, I’ve had this idea in my head that I’d have a research career. And there have been moments where I’ve thought, What if I hate research?  That would suck. But I loved the whole process, including the publication process. All the writing and information collection, while hectic, felt right — which was awesome. That realization that the last 10 years weren’t for nothing and that I truly love this.

Endeavors: Now that you know research is for you, what is your ultimate career goal?

AM: I’ve done a lot of volunteering and always liked teaching young people about computer science, and so I’d like to become a professor. That’s something I’ve known since middle school. It always seemed like a grand profession — to teach people everywhere. To teach people who will go on to teach people.

Ayana Monroe is a junior and Chancellor’s Science Scholar double-majoring in computer science and information science and minoring in cognitive science within the UNC School of Information and Library Science.