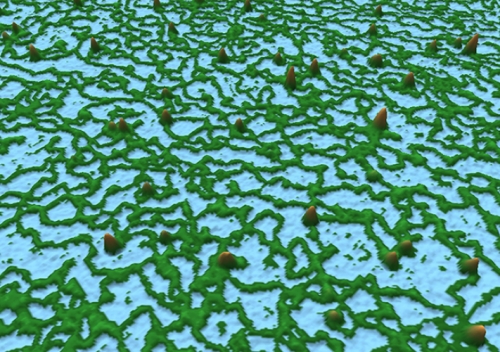 Courtesy of Mehmet Kesimer A digitally enhanced image of the mucin matrix. The bumps are where the mucin proteins connect to each other.
By Mark Derewicz
Health

The girl just wants to cough. Desperately. She wants nothing more than to clear the mucus from her lungs. But she can’t. Her doctors tell her it’s sticking to the surface of her airways.

A week later, she returns with a lung infection. Her immune system tries to respond, leading to inflammation. She wheezes. She can’t breathe. Finally she coughs, and mucus is cleared. She can breathe a little better. But she has cystic fibrosis. This scene will play out again—likely soon.

Scientists know what causes the disease: a faulty gene that can’t produce the CFTR protein in the right amounts, leading to a cascade of events that cripple the lungs’ ability to work. In rarer cases, the gene produces the proteins in decent quantities, but the proteins don’t function correctly. This causes mucus to thicken. 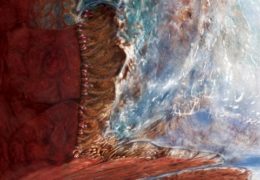 In 2004, researchers in Winston-Salem, North Carolina, found that DNA was the main thing that made CF mucus thick. According to this study, CF mucus had fewer mucins than normal mucus did. This was a shock. Mucins are proteins found in mucus throughout the body. Scientists had assumed that mucins played a role in making mucus difficult to clear.

In fact, a clinician at UNC named Ashley Henderson had studied CF mucus and saw that it seemed rife with mucins. She teamed up with Mehmet Kesimer, a basic scientist in the lab of UNC’s John Sheehan, and set out to settle once and for all what role mucins played in CF. The results of their study, they hoped, would lead to better ways to make the mucus less sticky and not so thick—the kinds of treatment CF patients desperately need to improve the quality of their lives.

Normally, when we breathe, the mucosal layer of our lungs traps contaminants—dust, pollutants, bacteria—found in the air. Then, epithelial cells with hair-like cilia brush the mucus up and out of our lungs.

This happens so naturally that we don’t even think about it. But people with cystic fibrosis think about it a lot. Their natural mucus-clearing processes don’t work as well because they lack a properly functioning CFTR gene. They continually battle infections and must work hard to clear mucus from their lungs. 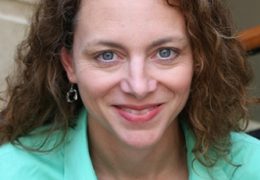 This is where mucins come into play. Mucins are very large proteins that give mucus its gel-like thickness and elasticity. “Without mucins, mucus would have the viscosity of blood,” says Kesimer, a biochemist in the UNC Marsico Lung Institute. “The vast majority of mucus is water, but 30 to 35 percent of the remaining solid material is made up of mucins. They form a network of bonds that serves as a framework.”

This is why Kesimer and his UNC mentor, the late physicist John Sheehan, suspected that something must happen to mucins in the CF lung. They wanted to measure the amount of mucins in CF patient samples.

Along with Henderson and 10 other UNC researchers, they conducted a series of experiments. In one, they used a technique called size-exclusion chromatography: in a column, they added custom-made beads that had small pores. Smaller proteins could enter the pores, while mucins could not. Through this separation, Kesimer’s team isolated the mucins and simultaneously measured their concentration.

By using sputum samples from CF patients, the researchers found that CF mucus contained three times as many mucins as did normal samples. They also conducted experiments to show that mucin overabundance led to a six-fold increase of the pressure between the mucus layer and the ciliated layer of the lung.

This finding affirmed the CF disease model that UNC researchers published in the journal Science in 2012. In essence, in a CF patient, the increased pressure of the concentrated mucus layer crushes the ciliated cells so that the cells can’t brush mucus out of the airway. The mucus becomes stagnant. The lung turns into a breeding ground for bacteria. This leads to more mucus, more mucins, inflammation, and subsequently lung failure. 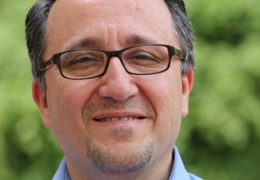 Then Kesimer’s team retraced the steps of the 2004 researchers to show precisely why and how that study was flawed. Those researchers used a classic, antibody-based immunologic technique called a western blot, which measures the expression of a given protein—in this case, mucins—based on an antibody response to that protein.

But, as Kesimer says, antibodies must latch onto proteins at specific sites on the proteins’ surfaces. When Kesimer conducted the western blot, he got the same result as the 2004 researchers. But then he used a technique called mass spectrometry to find that CF mucus is full of proteases—enzymes that break down molecules. The mass spectrometry showed that the proteases degraded the mucins, essentially erasing many of the sites where antibodies could bind without disrupting the structural integrity of mucins.

“For that reason, we saw less antibody response using the western blot,” Kesimer says. And so it looked as if there were fewer mucins. “But by using more accurate methods, we clearly saw the increase of mucins. In fact, we’ve analyzed many samples of sputum from patients with other chronic pulmonary diseases, and we saw the increase in mucins in them, as well.”

To Kesimer, Henderson, and Richard Boucher, the director of the Marsico Lung Institute, the finding suggests that diluting the concentration of mucins in CF mucus is a key to better treatments.

Henderson says, “We think this study shows why sterile, salty water improves the hydration of the CF airway, improves the patient’s mucus clearance, and, in so doing, increases lung function.”

Boucher says that the research will guide scientists who are now looking for the best ways to loosen mucus so CF patients can breathe more freely and avoid infections.

Also, he says, by measuring mucin concentration in patient mucus, doctors could learn how well therapies are working. The mucin levels, then, would serve as a kind of biomarker that could guide therapies for individual patients.

Mehmet Kesimer is an associate professor of pathology and laboratory medicine, Ashley Henderson is an assistant professor of medicine, and Richard Boucher is the James C. Moeser Eminent Distinguished Professor of Medicine, all in the UNC School of Medicine and the UNC Marsico Lung Institute.

This research, funded by the National Institutes of Health and the Cystic Fibrosis Foundation, was featured in paper published in the Journal of Clinical Investigation. Kesimer and Boucher were cosenior authors. Henderson was cofirst author, along with Camille Ehre, a research associate at the UNC Marsico Lung Institute. Other authors of the paper, all of whom conducted this research while at UNC, include Brian Button, Lubna Abdullah, Li-Heng Cai, Margaret Leigh, Genevieve DeMaria, Hiro Matsui, Scott Donaldson,  C. William Davis, and John Sheehan.