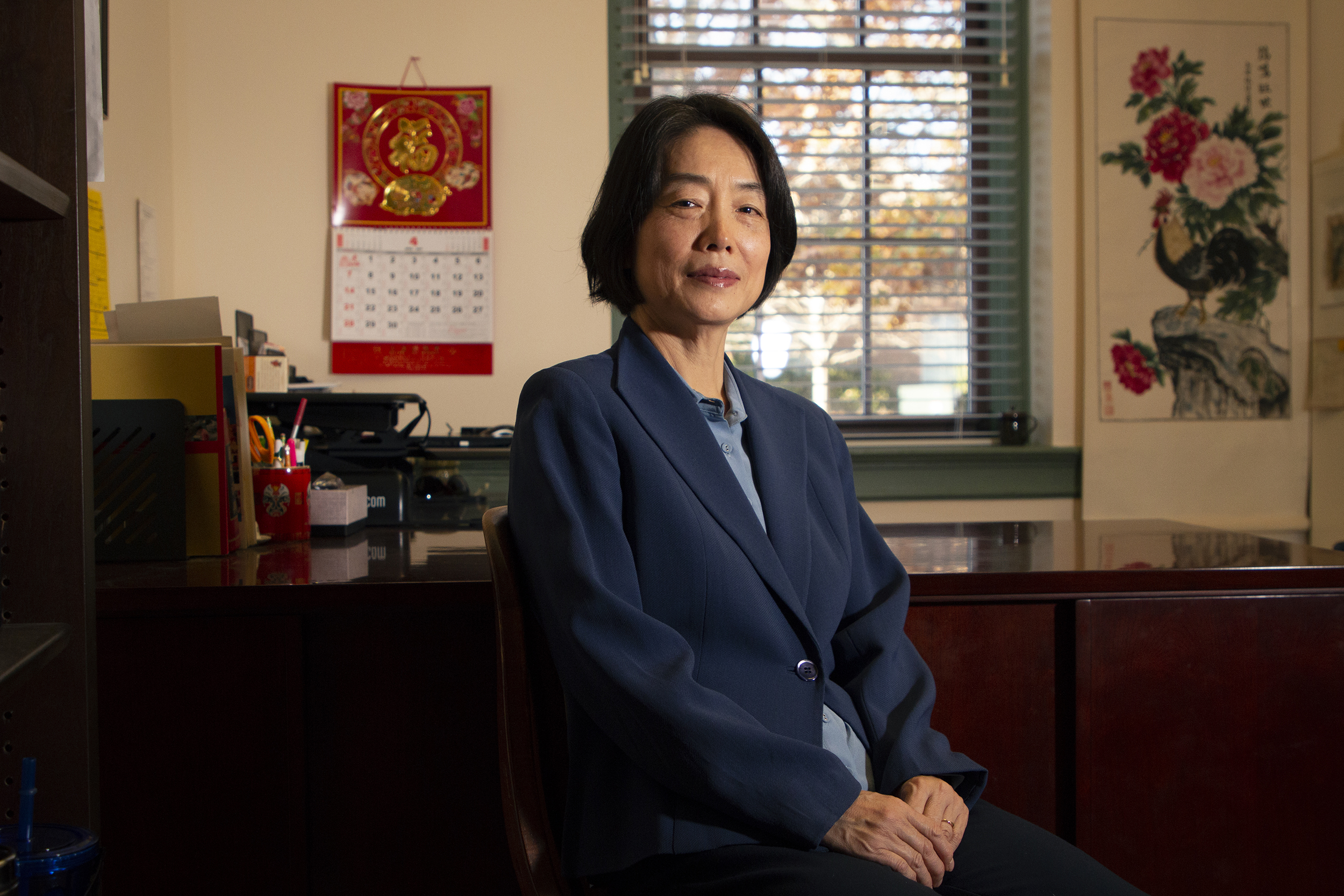 Todd Siena has spent the past decade in the aerospace manufacturing industry and now owns Block Aero Technologies, a tech company based in Bangkok and Singapore. The 33-year-old business executive is also an alumnus of UNC, where he double-majored in entrepreneurship and Asian studies.

After graduating, Siena returned to Florida to work within his family’s aircraft parts distribution business. His fluency in Mandarin Chinese allowed him to expand their business to China, one of the largest markets today for the aerospace industry. After building a career abroad, he started his own business in 2010 and his second in 2017.

“While things are currently unstable and, at times, negative in the relationship between the U.S. and China, we’re not going to stop doing business with them,” Siena says. “Part of doing business is about building trust between people. Understanding the language and the culture helps us do that.”

The language of business, specifically, in Asia is Mandarin. What’s more, between 2013 and 2018, China accounted for 28 percent of economic growth worldwide — more than twice the share of the United States — according to the International Monetary Fund. That rate is expected to stay steady for the next five years. For Americans, this makes knowing Mandarin an incredible asset.

But Mandarin is an exceptionally difficult language to learn. It is tonal, so one word can have four different meanings depending on the way it is pronounced. Learning the language, though, is only half the battle. Cultural understanding is also key.

“Students have more opportunities than ever to work in culturally and linguistically diverse workplaces,” UNC Asian studies professor Yi Zhou says. “And they must be ready for that.”

Knowing Mandarin is not only beneficial for English speakers working in China, Zhou points out, but anyone working for a major company in the United States. “Tech companies like Microsoft, Google, Amazon — they all have Chinese engineers,” Zhou says. “Even if you work in the U.S., knowing the language is important.”

To be more competitive in today’s workforce, the U.S. Department of Education recommends that people possess language proficiency, intercultural competence, and international experience. There aren’t many native English speakers who know Mandarin, though — a deficit during a time when the United States’ relations with China may be more important than ever.

That’s why Zhou has been teaching Mandarin for business to undergraduate and MBA students for more than a decade. Upon attending a workshop at the National Foreign Language Center in Hawaii in 2014, Zhou met Haidan Wang, a professor at the University of Hawaii at Mānoa. At the time, there was no textbook to meet the needs of English-speaking professionals in China. Both Zhou and Wang agreed that preparing students for the global workforce was eminent.

Zhou and Wang have developed a business Chinese textbook for advanced language learners called “Chinese for Working Professionals,” which released in January. The professors have tested a few chapters in their advanced language courses at UNC, the University of Hawaii, and Duke University and have received positive feedback from their students.

Through its integration in college classrooms across the nation, Zhou hopes to encourage English-speaking students to not only learn more about Mandarin but business culture abroad. To uncover more about this topic, she had to go to the source: China.

For the last three summers, Zhou traveled to China, where she interviewed 79 Chinese and non-Chinese working professionals. She asked them to identify key language and intercultural proficiencies that would allow non-Chinese professionals to work more effectively with Chinese colleagues and clients.

The most important skill in global work settings, according to participants, is understanding Chinese culture in the workplace — which is why Zhou’s new book is not only focused on teaching language skills but sharing information on corporate culture, managing conflict, holidays and customs, and the media industry.

In the Chinese workplace, employees don’t talk much at meetings, according to Zhou. “They have their own opinions and views, but don’t want to express themselves directly — especially to their boss,” she says. “Sometimes, it can be hard for Americans to understand this.”

Emails are much less common, replaced by apps like WeChat, which is also used to make purchases in place of credit cards. There’s no clear separation between work and personal life, Zhou adds, noting that colleagues will often spend time together during weekends and holidays.

Siena, one of Zhou’s study participants, says his fluency has helped him with everything from understanding Chinese business ethics to negotiations. “Mandarin is an automatic door opener when you’re engaging with Chinese companies,” he says. “English is not necessarily spoken by senior management, so if you’re an American who can speak the language, they are eager to meet with you just for that.”

Zhou has seen mandarin fluency benefit her students time and time again. Kyle Asher, a 2019 graduate who double-majored in computer science and Asian studies, believes his command of Mandarin has landed him more jobs than his technical background.

“I’ve had interviews where I’ve leveraged Chinese or used it to my advantage, even if I didn’t end up taking those positions,” he says.

Asher has competitively interviewed for internships at places like Microsoft and Capital One, and even spent a summer working for an artificial intelligence company in Shanghai. Most recently, he was offered a job as an educational consultant with a company in China. He will use his time there to further his grasp on the language until he begins a more permanent position with EY, a multinational professional services firm headquartered in London, this fall.

“Bad translations from China happen all the time. We need people who can communicate at a human level and go beyond machine translation,” says Asher, stressing the need to connect emotionally with Mandarin speakers. As a computer scientist, Asher points to advances in Chinese technology — things like artificial intelligence, which could have major impacts on human lives — as one of many reasons for English speakers to be capable of constructive dialogue.

Learning Mandarin, Asher explains, has personal benefits as well. “What I’ve gotten out of learning Chinese are confidence and communication abilities.”

For her next project, Zhou hopes to develop an advanced course on tea culture. For more than 5,000 years, tea has played a major role in China and was originally considered one of seven daily necessities — the others being firewood, rice, oil, salt, soy sauce, and vinegar.

Beyond being a staple at meals, tea is prepared under several circumstances in China. It is a sign of respect when a young person offers tea to an elder, a form of forgiveness when the offending party offers to pour tea for the person they slighted, and an expression of gratitude during a traditional Chinese marriage ceremony, in which the bride and groom serve their parents tea.

Zhou plans to travel back to China to attend formal tea ceremonies and visit farms where tea is grown and processed.

Whether it’s tea or business, Zhou’s research goals remain the same: sharing Chinese culture and language. “The world is getting smaller,” she says. “The economy and society are more globally connected than ever. And it’s the educator’s role, my role, to prepare students for that future.”

Yi Zhou is a teaching professor in Chinese in the Department of Asian Studies within the UNC College of Arts & Sciences.

Todd Siena is the founder and CEO of Block Aero Technologies and a UNC alumnus.

Kyle Asher is an educational consultant for Elite Scholars of China and a UNC alumnus.