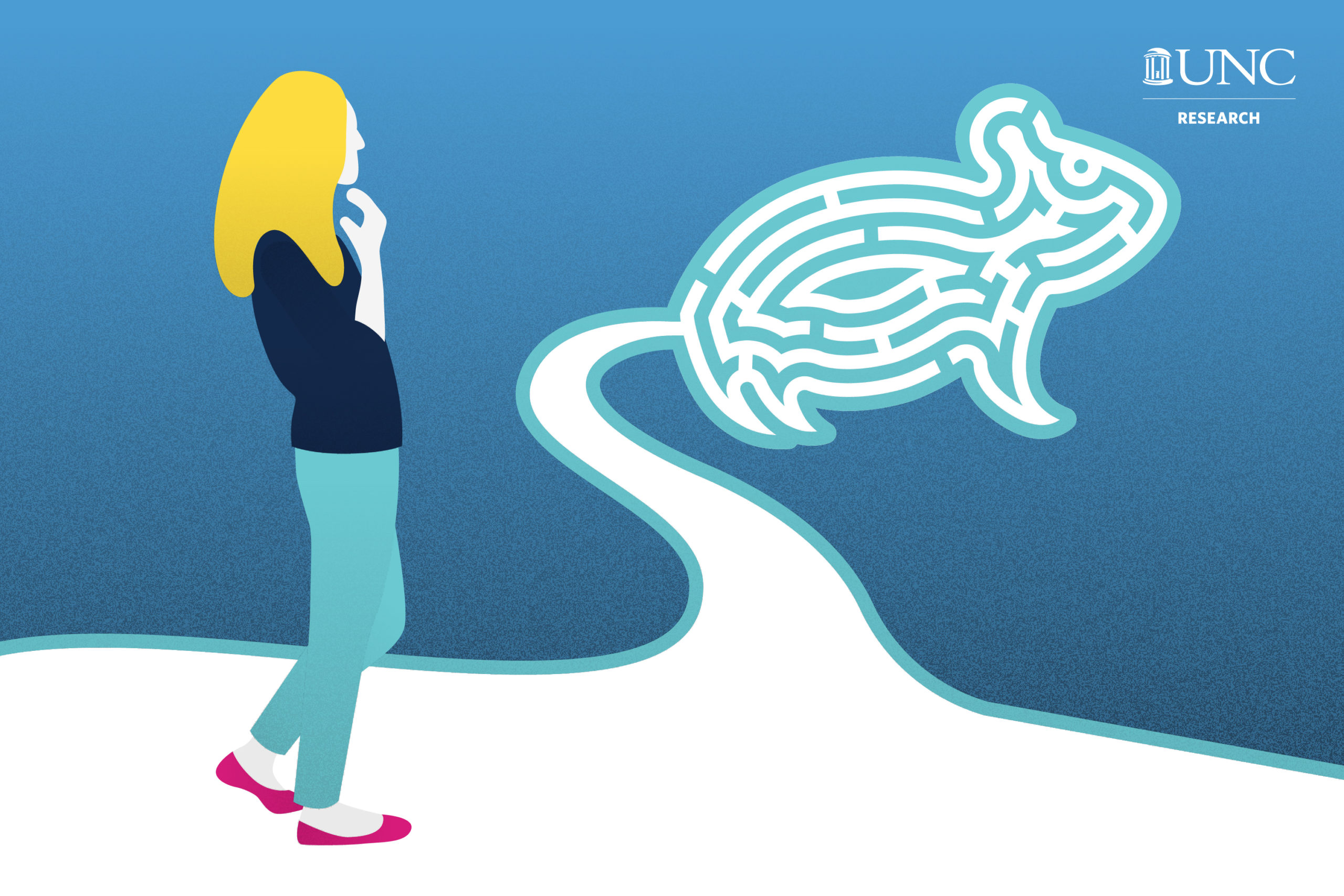 Crows caw nearby as Rebecca Walker sits on her back porch, watching her 13 chickens as they roam about her four-acre backyard. “The crows like to eat the chicken food,” she says with a laugh.

She goes on to describe the ethical dilemma that comes with owning chickens. While her hens are well-fed and free-roaming, the business she purchased them from only sells females, which means the males were likely culled — a common practice as roosters can’t lay eggs and thus offer little monetary value for the industry. Then there’s the issue of day-to-day maintenance, she explains, which includes protecting the chickens from hunting foxes. “Do we let them roam or keep them cooped up?” she ponders.

She finds herself asking similar questions with the family dog, a golden retriever named Pepper, who they bought from a breeder. But buying from a breeder comes with its own difficulties, Walker points out. What kind of practices do they engage in? Would it have been better to adopt from a shelter?

Pet owners must think carefully about these decisions, she says — and the same thing is true for animal researchers, a group that Walker, has been studying for more than a decade in her role as a professor of social medicine and of philosophy and faculty member in the UNC Center for Bioethics. Walker strives to understand the relationships between animals and scientists, best practices for keeping those interactions healthy, and the overall ethics of animal research.

“Animal researchers are not cold-hearted people,” Walker stresses. “They are deeply invested in thinking about the care of the animals they work on or with. And it’s hard. They make hard decisions about how they use animals all the time.” 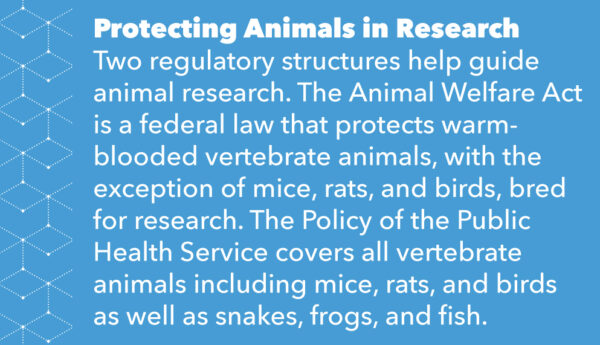 Walker comes to these conclusions, in part, by applying moral theories to the difficult ethical issues that arise in animal research. She is particularly interested in virtue ethics, a philosophy developed by Aristotle and other ancient Greeks that emphasizes a person’s character traits must be considered when evaluating their decisions. Walker uses this approach to write argument-based theories to encourage readers to think deeply about these complex issues.

In her work, Walker mostly focuses on biomedical research, where she says some of the most difficult scenarios arise. One of her main interests has been the use of larger animals, so a few of her studies have centered around primates.

“Primate research is tricky,” Walker shares. “They are sort of the next creature to us in terms of their social and intellectual capacities and so that makes their use particularly fraught.”

If researchers can study 10 monkeys in place of 1,000 mice in search of a treatment for cancer, should they do so? Questions regarding tradeoffs like this raise important issues, Walker points out.

Searching for the gray areas

Two standard philosophies are often used to analyze animal research: rights-based and utilitarian. The rights-based perspective considers whether animals have rights in the same way that humans do.

“It’s sort of a black-and-white perspective,” Walker says. “Some people will argue that animals don’t have any rights and it’s fine to use them in these ways, while others will argue they do and take a fairly abolitionist stance toward harmful uses of them in animal research.” 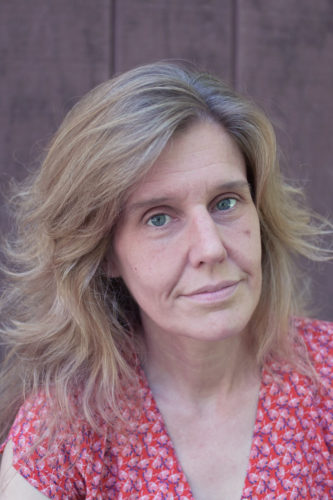 Utilitarian philosophers strive to maximize the overall welfare for anyone impacted by a particular action or policy and give equal consideration to the similar interests of humans and animals. But this view, according to Walker, allows for harmful research on animals for the sake of human benefit — and on humans for the sake of animal benefit — as long as the overall benefit is greater than the harm.

Walker takes neither approach in her research. Instead, she turns to virtue ethics. This perspective relies on what’s called “the practically wise person” — someone who exhibits positive character traits like honesty, generosity, and courage in their day-to-day life. When a practically wise person stumbles upon an ethically difficult situation, they’ll be able to process it holistically, using their thoughts, feelings, and morals to do so. This helps them make better decisions in the long run.

“There’s no principle up ahead that says the virtuous person will do this or that,” Walker says. “Rather they are guided by their virtues, which are these traits of character you get through habituation – through doing things in good kinds of ways in practical settings.”

Walker likes this perspective because it allows for gray areas, unlike the rights-based and utilitarian approaches. Animal research can’t simply be categorized as good or bad, she points out. Her approach goes beyond whether and when such research is ethically permitted and looks at the specific circumstances and practices surrounding such research. She does this, in part, by using a virtue ethics approach to analyze past experiments involving animals.

Using the past to inform the present

Harry Harlow was a social and cognitive psychologist who revolutionized our understanding of mother-child relationships. He studied these interactions at the University of Wisconsin-Madison, where he founded the Psychology Primate Laboratory in 1930. He led a series of studies using rhesus monkeys, separating infants from their biological mothers and placing them in isolation — research that was both instrumental and controversial.

Harlow’s studies, according to Walker, “created the backdrop for both regulatory reform and current controversies over biomedical and behavioral research using animal subjects.” In a recent paper, Walker uses virtue ethics to analyze both Harlow’s character and his experiments, asking deep questions about the practice of animal research and the motives of the researchers who engage in it.

Observing Harlow the person, Walker discovered that he put his work above all else — including his marriage and his children — and suffered from severe bouts of depression. As a scientist, on the other hand, he showed compassion toward his students and was viewed as a supportive mentor by many, even though his experiments were seemingly cruel.

Harlow was also a man of his time, Walker points out. In the mid-20th century, there was little animal welfare advocacy, regulatory oversight for animal research, or scientific belief that animals could suffer. Taking these factors into account, intellectual hubris may have blinded Harlow to the moral problems of his work, Walker explains.

While Harlow’s experiments were seemingly cruel, his lab put effort into taking care of the animals when studies weren’t in operation. One of his graduate students, John Gluck — now a leader in animal ethics research — spent much time with the monkeys and often referred to the them as his friends. In turn, they’d respond to him with a calm sense of familiarity whenever he was in their presence.

Bonds are important in animal research, Walker adds, especially when working with animals that have greater cognitive capacities. “It’s not just primates,” she says, “but cats, dogs, ferrets, rabbits, and even rats. They all have the capacity to bond with humans, and it’s often better for the animals that those bonds are formed because it helps them be more comfortable in the research setting.”

For obvious reasons, bonds are an important part of the animal research process. What many people don’t realize, though, is that these animals often spend more time not participating in studies than participating in them.

“When people think about animal research and ethical issues, they often think about the experimental intervention,” Walker says. “But I think a larger issue is that animals are living in facilities their entire lives. The day-to-day care and maintenance and engagement with them is much more of the time they spend on the planet than the intervention.”

Promoting animal bonds, though, has its own risks. Problems may arise if anything happens to either party, for example, like if a researcher accepts a position in another lab or an animal experiences pain, distress, or death from the research process.

All these factors considered, Harlow’s research program and those of other animal researchers today, remain complex in nature. “We cannot call [Harlow] a compassionate man, but […] we might not want to call him cruel, even if that is how we label his experiments,” Walker writes in her paper.

In an effort to push fellow scientists to think deeper about animal use in research, Walker is currently writing a book on the topic called, “Of Mice and Primates: Virtue Ethics and Animal Research.”

She’s also trying to start a study on how CRISPR technology, a tool for editing DNA and modifying how genes function, affects animal research. Most people know CRIPSR for its ability to prevent and treat the spread of disease in humans. But to get to that point, researchers must first experiment with the technology using animal subjects.

Overall, Walker hopes her work draws attention to the need for compassion, care, and intellectual integrity within animal research. She also stresses the need to promote caring relationships between scientists and animals.

“Biomedical research using animals is done on behalf of people who use medical resources,” Walker explains. “It’s for their sake. So I think it’s important for people to understand the process and what’s involved. Both the benefits and harms.”