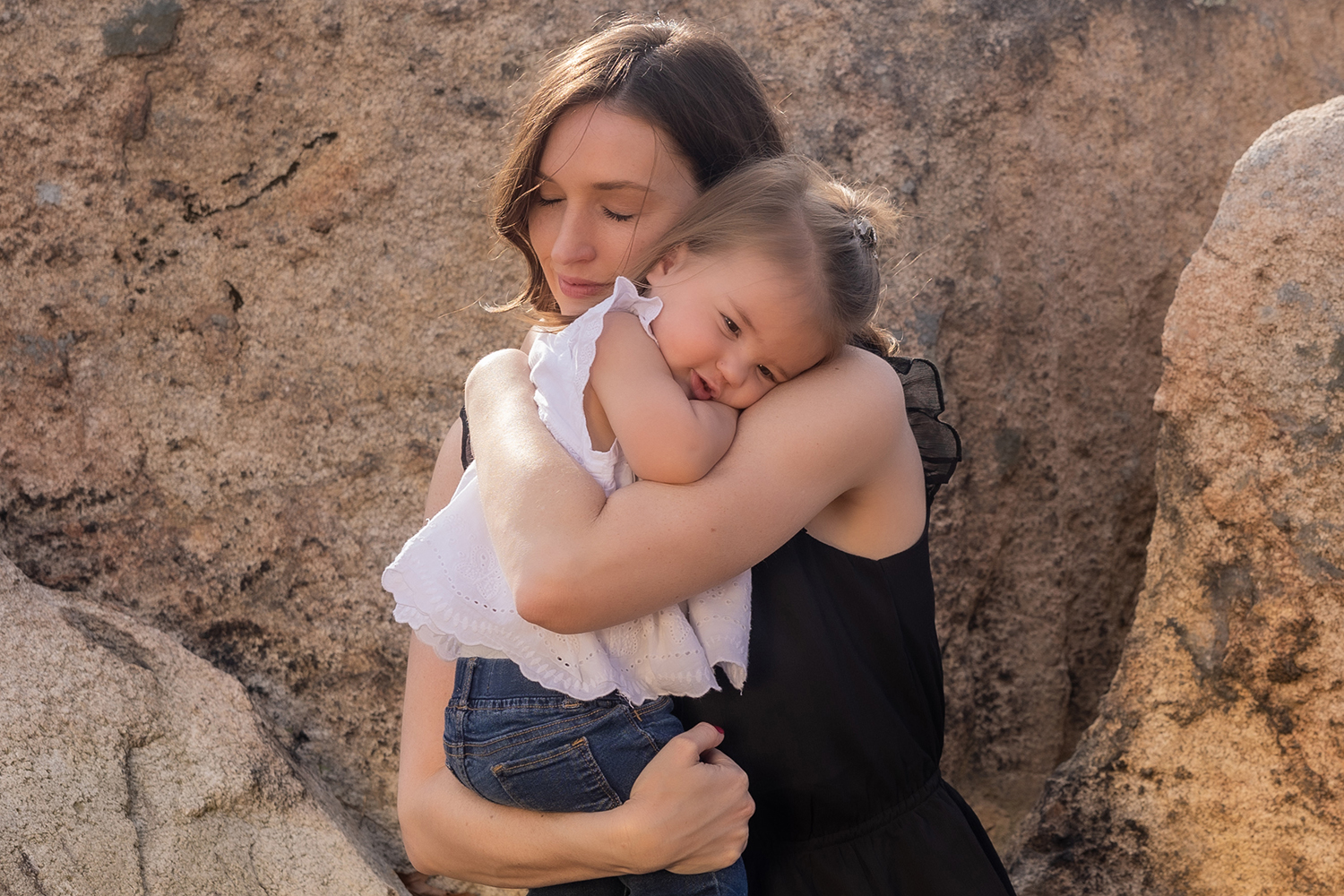 When you think about mental health you probably don’t think about diapers. But for an interdisciplinary team of UNC-Chapel Hill researchers and the infants they’re studying, diapers may hold the information they need to explain how the gut can impact someone’s anxiety.

Though researchers have been investigating the connection between the gut microbiome and brain for years, developmental psychology researcher Cathi Propper is leading a unique study observing how poverty-induced stress may influence both systems’ individual development.

The idea of holistic wellness is not new. Your body and mind are interconnected, and both require attention and care. The social stresses, stigma, and trauma associated with living in poverty have been shown to cause mental health issues in adults and children. Propper and fellow investigators Roger Mills-Koonce and Rebecca Knickmeyer are working to uncover how the gut microbiome, brain development, and mental health disorders, like anxiety and stress related to poverty, are linked.

The team is about halfway through the Brain and Early Experience (BEE) study, a five-year longitudinal study looking at a range of data from over 200 families, half of which are living in poverty. They are surveying pregnant mothers before and after birth, collecting samples of their gut microbiome, as well as fecal samples, MRI scans, and observations of their newborn infants starting as young as 2 weeks old. The study will then follow the children through infancy and early toddlerhood.

“We know that gut microbiome has been related to brain development and anxiety behaviors. We have seen this in animal and adult studies,” Propper says. “But we will be among the first to examine this association from pregnancy forward in humans.”

Regardless of someone’s desire to be a good caregiver, Propper explains that poverty often imposes additional stress that can influence their mood, the home environment, and access to nutritious food — all of which affects their children’s mental health.

“For kids in their first few years of life, their whole lives are their caregivers,” Propper says. “They don’t know about the world beyond that, so I’m interested in the stress that could come from a caregiver who is experiencing poverty.” 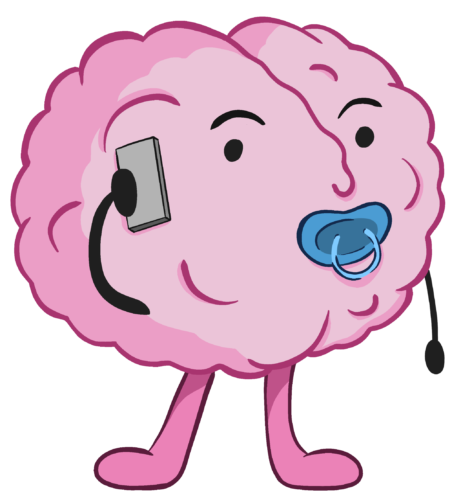 All infants encounter “stressful” situations every day, whether it’s meeting a new person, being introduced to a new environment, or figuring out how to interact with a toy or object. An important part of the study involves observing how infants react to such stressors as they age so that data can be compared to the fecal samples the team is also collecting.

Some children hide behind their caregivers when faced with a strange new person or object, but others charge across the room, excited to engage in a new adventure. While variation in responses is expected due to personality differences, Propper explains that a child’s reaction to a stressful event can also be impacted by how their body activates their parasympathetic nervous system, also known as their fight-or-flight response.

In a well-regulated child, the parasympathetic nervous system is in control when things are calm, and their body takes care of itself. When a stressor is introduced, their heartbeat will quicken, and their fight-or-flight response will make them extra alert. After the stressful event is over, though, their body will switch off that hypervigilance and return to normal.

That’s concerning for several reasons. When someone is constantly alert, their body is not resting, and they become more likely to develop symptoms of anxiety. Furthermore, this prevents the body from properly directing the energy and nutrients necessary to rest and repair itself. For infants, that also means their growing bodies are unable to continue developing on the expected timeline.

“Kids feel safe because they know their parent or caregiver is there,” says Roger Mills-Koonce, a co-principal investigator on the project. “When danger comes along, they’ve got it under control. Mom or dad or whoever’s there is going to take care of them.”

Having that relationship creates a sense of security, according to Mills-Koonce, that lets kids operate without their fight-or-flight mode activated so they can go out, explore the world and be … well, kids. When poverty forces a parent to acquire a second job or deal with other financially induced stressors, children can experience such tensions through their effects on family dynamics.

“It’s not just about assessing an individual’s mental, cognitive, or emotional functioning at one point in time,” Propper says. “We are interested in the many other factors that play a role over time: What’s going on in the family? What’s happening in society? What are the cultural influences? But also, how do each of these interact with child’s physiology and biology?”

Just as there are stages of cognitive development that infants are expected to undergo as they age, there are milestones for the microbial communities in their guts, according to the researchers.

“One of the cool new things we’re doing in this study is looking at the pace at which the microbiome develops, with the idea being that stress might actually delay its development,” says Rebecca Knickmeyer, another co-PI at Michigan State University. 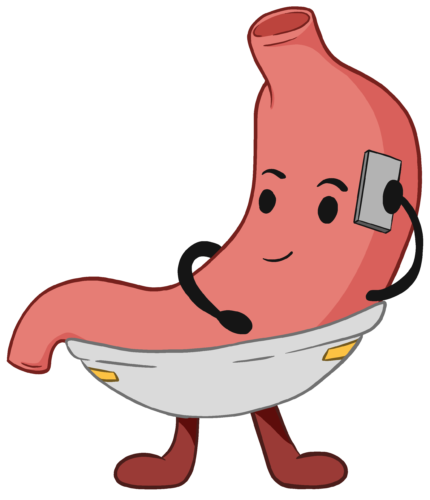 Mathematical modeling of these microbial communities created with fecal samples collected from used diapers allows researchers to predict the expected age of the child in which the community resides. When the predicted age doesn’t match with their chronological age and stage of cognitive development, the team can see where gaps may exist between groups of children of different financial backgrounds. Since our bodies’ internal systems do not exist in isolation from one another, developmental delays in one area will likely impact others.

The microbes in the gut have several ways of talking with the brain, the main being the vagus nerve. Neurotransmitters like serotonin and gut hormones send information through the vagus nerve to the brain.

“If the brain is expecting to see certain signals from the microbiome and it isn’t, then that might actually impact brain development as well,” Knickmeyer says.

There are several hypotheses that take this connection a step further, Knickmeyer says, speculating that certain microbes impact behavioral inhibitions, fear, and anxiety. Determining how the gut, brain, stress, and mental health are connected is complicated — a fact reflected in the range of expertise the interdisciplinary team brings to the table. The connections aren’t unidirectional, and one factor does not singularly cause an immediate change in another. The gut’s development could inform that of the brain just as the brain’s development could inform that of the gut.

The team hopes that by studying both the gut and brain in these early stages of development, they’ll be able to gather unique data to more concretely determine how these phenomena are connected.

Despite its complexity, the team is excited by the potential applications of this work. Mills-Koonce, an associate professor in the UNC School of Education who studies the role of family dynamics in this study, hopes to use their findings to help policymakers and health care providers provide more targeted and impactful family support.

“It’s not poverty, and it’s not material things that cause good or bad parenting,” Mills-Koonce says. “But it’s a luxury these days to live a stress-free life, where you can focus entirely on someone else.”

About half of the children in the study were also born after COVID sent the country into lockdown, layering additional potential for hardship and stress felt by caregivers, and in turn the children themselves. The team just submitted a paper focused on COVID’s role in introducing more stressors and will continue to monitor these impacts in their study.

Collecting data this early has the potential to pinpoint the earliest moment of intervention possible. That would help families get the support they need to improve the health outcomes of their children, whether through increased financial support that allows them to move to a better home or reduce the time they spend at work; or changes in their parenting style or personal diet and that of their child.

“What’s critical to remember is we don’t exist in a vacuum, and the skin is not where it stops,” Mills-Koonce says. “Children are growing up in really complex environments that can be very supportive, protective, and nurturing. Or they can be very threatening and dangerous physically or psychologically. Part of this grant is understanding how those experiences, in fact, get under the skin.”

Cathi Propper is an advanced research scientist at the UNC Frank Porter Graham Child Development Institute and adjunct associate professor in the Department of Psychology and Neuroscience within the UNC College of Arts & Sciences.

Roger Mills-Koonce is an associate professor and coordinator of the Applied Developmental Sciences and Special Education & Childhood Intervention and Family Support program within the UNC School of Education.

Rebecca Knickmeyer is an associate professor of pediatrics and human development in the College of Human Medicine, a member of the Institute for Quantitative Health Science and Engineering, and co-director of the Center for Research in Autism, Intellectual, and Other Neurodevelopmental Disabilities at Michigan State University.