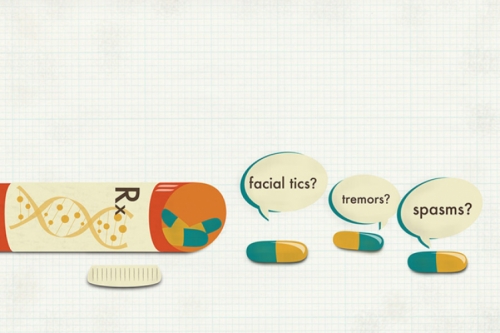 Put yourself in the shoes of a psychiatrist. You just diagnosed a person with schizophrenia, and you can prescribe any number of antipsychotic drugs, all of which can cause serious side effects. You know that older drugs, such as haloperidol, work well. But a third of schizophrenia patients who take haloperidol  suffer from Parkinsonian-like symptoms, such as tremors, involuntary spasms, and uncontrollable facial movements. About half the time, those side effects are permanent. In other words, you could be prescribing a drug that causes permanent brain damage.

So you consider  newer antipsychotics, such as clozapine. But clozapine causes severe weight gain and diabetes in many people. You check your patient’s history. He smokes, as do 90 percent of people diagnosed with schizophrenia. He weighs a lot for his height. Taking clozapine will substantially increase his risk of heart disease, and the drug costs much more than haloperidol. Your patient can’t afford it. 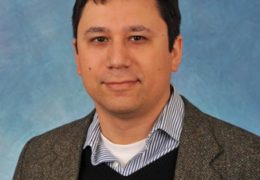 Choosing the right drug is difficult, but you have to choose one. Letting the patient go without medication is not an option; untreated schizophrenia is much worse than even the most serious side effects.

What do you do?

You know what you’d like to do: run a blood test to figure out your patient’s genetic susceptibility to the permanent side effects of haloperidol. But that genetic screen doesn’t exist. In fact, the genetic underpinnings of drug side effects, in general, are not well understood.

Researchers at the UNC School of Medicine are trying to change that.

Two labs headed by statistical geneticist William Valdar and psychiatric geneticist Patrick Sullivan have developed a new statistical model that scientists can use to parse the complex genetics of side-effect susceptibility.

In a paper featured in the journal Genetics, their teams describe how they’ve begun to strip away the mystery surrounding haloperidol.

There are few examples of doctors screening patients to make sure they’re not susceptible to the worst side effects of a drug. The blood-thinner warfarin is the best example. Two genes dictate how people respond to it.

“Those genes provide so much information that screening for them is now done in hospitals,” says Jim Crowley, a researcher in Sullivan’s lab and first author of the Genetics paper. “That’s the goal for haloperidol: to be able to screen for genes. Unfortunately, it will be more like hundreds—if not thousands—of genes that play roles in different side effects. That’s one of our findings: the effects of haloperidol are extremely complicated.”

Crowley and Valdar, a geneticist, aren’t yet able to pinpoint which specific genes play roles. That’s still difficult to determine for schizophrenia itself, let alone for the side effects of schizophrenia drugs. Instead, Crowley and Valdar’s team has created a statistical model that will allow researchers to conduct the best kinds of genetics experiments that are needed to find those genes.

For instance, using their new statistical model, Valdar and Crowley’s team found that mice react to haloperidol in specific ways because of certain genes from their mother or father. This is called parent-of-origin effect.

They also discovered that other side effects were due to the fact that some mouse breeds had dominant genes. That is, when two kinds of mice were bred, the genes of one breed were expressed more in the offspring.

Such general findings won’t translate to the clinics where people with schizophrenia seek treatment. Rather, the findings give researchers new clues about how to conduct experiments.

“If you told someone that it matters whether they inherited genes from their mother or father, then that would change the way you conducted an experiment,” Valdar says, “because now you know what to look for.”

Think of it like this: if you want to study the effect of a drug, then you could theoretically give the drug to a random person and a placebo to another random person. But the genes of those two people are very different. If you knew that the effect of a drug had a lot to do with whether you inherited specific genes from your mother or father, then you could design an experiment that included parents.

This is the genius of the statistical methodology developed by Valdar and his postdoctoral fellow Alan Lenarcic. Their model can tease apart the genetics of a complex response to a drug.

In the case of haloperidol, they found that one side effect, such as muscle rigidity, involved  a different set of genes than other side effects, such as spasms.

Still, this finding will allow Valdar, Crowley, Sullivan, and other scientists to design experiments that home in on those sets of genes. Building on each subsequent experiment, researchers using Valdar and Lenarcic’s methodology could eventually pinpoint which genetic variations play roles in the side effects of a given drug.

Down the road, such findings could help doctors who desperately want to help patients without rolling the dice on something as serious haloperidol-induced permanent brain damage.

“That’s part of the promise of our statistical methodology,” Valdar says. “We want to make that decision for doctors a lot easier.”