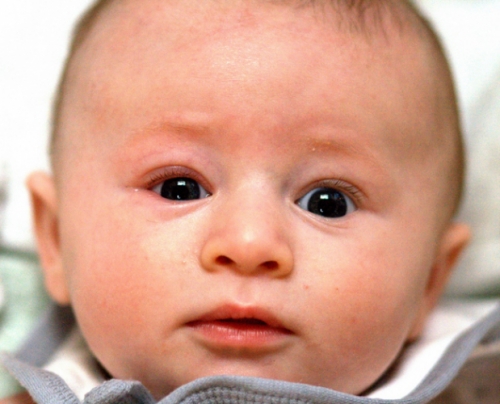 Picture yourself as a parent of a three-month-old baby with a fever of 101 degrees. Your baby can breathe fine, but she’s getting fussier. She won’t eat. Sleep is tough. You call the doctor, who says to come in. The doctor, despite thinking your baby has respiratory syncytial virus (RSV), can’t do much for your girl. The virus will run its course, like a bad cold.

In the middle of night, though, your baby seems to be gasping for breath. You take her to the ER, where doctors are forced to insert a breathing tube. They admit her into the hospital for three days. They might have to prescribe ribavirin aerosol, a medication with the potential for serious side effects.

So, did your doctor mess up? Could this have been avoided?

Nope. The doctor had no way to figure out that your baby would develop the most severe form of RSV. This scene is as frustrating for doctors as it is for parents. 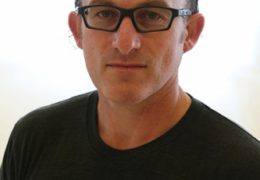 But microbiologists Ray Pickles and Rachael Liesman at the UNC School of Medicine have found a major reason why RSV leads to more infant hospitalizations—between 75,000 and 125,000 annually in the United States—than any other infectious disease.

Pickles and Liesman discovered that a single viral gene helps virus particles shed from the lining of the airway, causing obstruction and severe inflammation in the lung’s tiniest airways and making breathing extremely difficult. This genetic trigger, they say, could be the key to creating better early diagnostics and perhaps treatments.

The trouble with RSV

Just about every child will be stricken with RSV before age three. Most kids kick it as if it’s just a cold. Others, though, get dangerously ill and must be hospitalized. Globally, RSV is the second-leading cause of infant mortality due to infectious disease, behind only malaria.

“We’ve known for a long time that RSV has an increased propensity, compared to other respiratory viruses, for causing obstruction and inflammation in the narrowest airways of the infant lung, leading to severe bronchiolitis,” Pickles says. “But we’ve now shown that RSV has an increased ability to cause airway obstruction because it expresses a specific protein, NS2, in epithelial cells. This causes the infected cells to shed from the airway lining and into the airway lumen. And that leads to overwhelming inflammation and obstruction of airflow in the small airways.”

It’s the NS2 protein and its effect on epithelial-cell shedding that makes RSV by far the most common cause of bronchiolitis in otherwise healthy young children.

Figuring this out took a bit of genetic reengineering over the course of years.

“It was a real struggle to put our finger on differences between RSV and other common respiratory viruses, such as parainfluenza virus or PIV3, which causes much less severe airway disease,” Pickles says. “We compared RSV and PIV3 to see how they cause inflammatory responses in a cell culture model of human epithelial cells, which compose the lining of the lung airway. We noticed that the epithelial cells infected by RSV looked very different during infection.”

While the PIV3-infected epithelial cells retained their natural, elongated shape, the same cells infected with RSV balled up and puffed out of the airway epithelium, causing the infected cells to accumulate in the lumen—or open space—of the airway. “We hypothesized that since RSV and PIV3 are very similar viruses, these different effects must be due to differences in the types of genes that RSV expresses,” Pickles says.

There aren’t many genes in RSV, so Pickles chose to study NS2 because it had been previously found to suppress interferons—proteins that human cells release to communicate that the body needs to fight a pathogen. 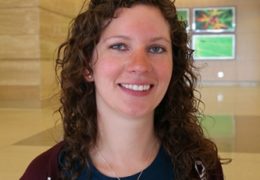 To study how NS2 operates, Liesman, a graduate student at the time, engineered PIV3 to express the RSV NS2 gene. When Liesman infected human airway cells in the lab with this reengineered virus, she saw infected cells ball up and puff out of the airway epithelium. “The cells infected by PIV3 expressing the NS2 gene of RSV looked exactly like RSV-infected cells,” Liesman says.

Pickles and Liesman then used their reengineered PIV3 expressing RSV NS2 in animal models to provide more clinical relevance for their findings. They found that infection of the narrowest airways of the lung by PIV3 alone caused moderate levels of inflammation, but after infection by PIV3 expressing RSV NS2, the epithelial cells were shed rapidly into the airway lumen. The shedding occurred at such a great rate that the shed cells obstructed the airway lumen, causing excessive inflammation.

Pickles says that these findings in animal models were almost identical to what has been found in human infants who died because of RSV infection. “I’m convinced that the RSV NS2 gene is a major driver for the well-recognized increased ability of RSV to cause lung disease, especially in the extremely narrow small airways of human infants,” he says.

A tool for tots

Pickles is now on the trail of a human biomarker that would tell doctors if an RSV-infected infant were at greater risk of developing severe lung disease. A biomarker would be key in the development of a needed diagnostic tool and would aid clinical trials that aim to develop anti-RSV therapeutics.

Michelle Hernandez, a pediatric immunologist at UNC, says, “When young children arrive at the hospital with an RSV infection, it’s challenging and frustrating to guess which children you can safely send home, versus those you should admit to the hospital because they might require supportive care in an intensive care unit. Any information that will help us make these decisions would not only help us ensure that we provide the best care for these kids, but also help us use health-care resources more wisely.”

Courtesy of UNC Health Care
Over the course of four days, the cells in the left image transform into a ball shape (right) before they shed from the lining of the airway to cause obstruction. This is a key reason why RSV leads to bronchiolitis.

Using animal models, Pickles has already found candidate molecular biomarkers that indicate if the epithelial cells in the tiniest airways are expressing the RSV NS2 protein. He is now initiating studies to look for the same biomarkers in human infants infected with RSV.

“If we can find biomarkers informing us that the most vulnerable parts of the lung have already been infected by RSV, then it could be possible to identify much more quickly the children at more risk for developing severe lung disease,” Pickles says.

Regarding whether these findings could lead to better RSV treatments, Pickles says it may be possible to suppress the ability of NS2 to shed the airway epithelial cells. Thwarting this shedding effect wouldn’t stop infection or stifle the typical symptoms, but it might limit the virus’s ability to spread into the tiniest airways, which are the most likely to be obstructed. This would lead to a less severe infection and fewer hospitalizations.

Pickles added that suppressing the effects of the RSV NS2 protein may also allow the immune system more time to deal with the RSV infection before the small airways become clogged with cells shedding from the lining of the airway. He says, “These are questions we are aiming to answer in studies that are already underway.”

Raymond Pickles is an associate professor of microbiology and immunology in the UNC School of Medicine and a member of the UNC Cystic Fibrosis and Pulmonary Diseases Research and Treatment Center. Rachael Liesman is now a postdoctoral fellow in the Pickles lab. Their work was published in the Journal of Clinical Investigation. Other authors of the JCI paper include Ursula Buchholz and Peter Collins at the National Institutes of Health (NIH), Alan Proia at Duke University, and John DeVincenzo at the University of Tennessee.