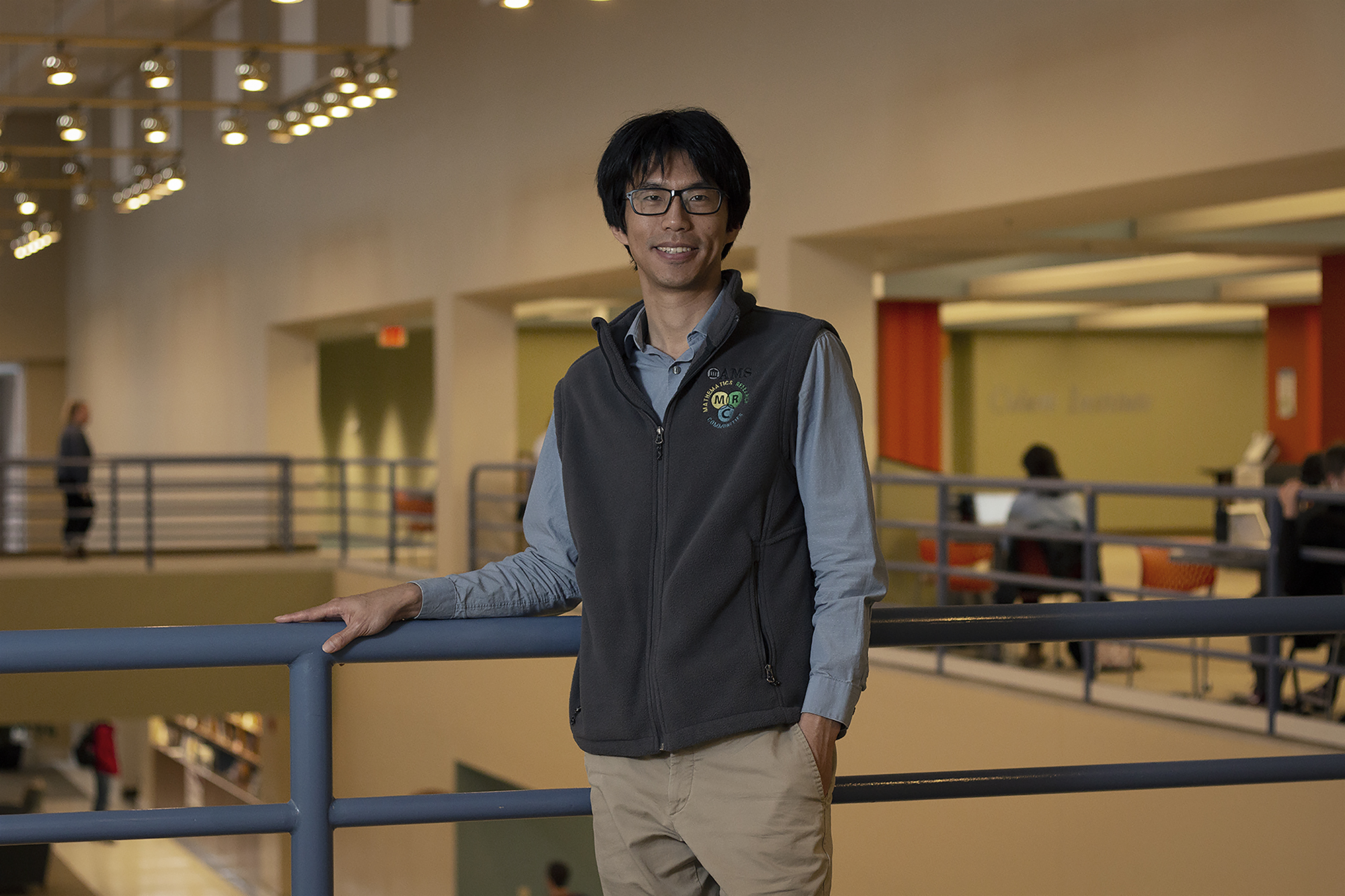 photo by Alyssa LaFaro
Bill Shi analyzed editorial data from republican and democratic Wikipedia pages to gain a better understanding of how editors with opposing political beliefs work together.
By Alyssa LaFaro
Society

Time and time again, research shows that interdisciplinary teams produce better results. Employees who are diverse in age, gender, and background, for example, are 87 percent more likely to make better business decisions than those that are not. When inventors from distinct social groups work together, they develop more creative patents, and researchers who do the same produce more highly cited papers.

But what about political diversity?

A look toward social media tells us it can be problematic. Most recently, a team of National Academy of Sciences researchers found that exposure to opposing views on social media can increase political polarization. And many people have probably personally experienced or witnessed numerous fallouts with friends and family members due to disagreements during and after the 2016 presidential election.

UNC data scientist Bill Shi remains optimistic. “The internet seems to deepen the echo chamber,” he says. “But I hope to find other cases in which people with different political opinions can work together — to search for bridges between this divide.”

For the last few years, Shi has collected article data from 400,000 online teams of Wikipedia editors working on pages covering politics, social issues, and science. The results of his analysis, he believes, suggests that teams made up of politically diverse individuals have more in-depth discussions than those comprised of homogenous individuals.

“It’s surprising and encouraging,” Shi says, excitedly. “Because it means, even in the current polarized society, there is still hope for people with dramatically different backgrounds to work together — and to work together fruitfully.”

Before Shi began focusing on political polarization in the United States, he was fascinated by the passionate disagreements about science. And why wouldn’t he? Climate change, stem cell research, evolution — the potential for argument is endless. “I felt that science had become a new battlefield for political debates,” he says. “And I wanted to figure out if this was true.”

While a postdoctoral fellow at the University of Chicago, Shi analyzed data surrounding millions of online book purchases from retailers like Amazon and Barnes & Noble to understand how the broader society consumes science. He and his collaborators quickly discovered a significant partisan difference in the books people buy and read.

Shi believed science was a public sphere for people from different ideologies to debate and reason — but the reserach suggested otherwise. “We found that people with different ideologies will pick scientific topics or reasonings that agree with their own values or ideas,” he explains. “So science itself isn’t polarized. Society is what’s becoming more and more polarized and this causes all kinds of social issues that spill over into fields such as lifestyle, books, and science.”

Overall, Shi’s analysis concluded that liberal bibliophiles enjoy books on basic science like physics, astronomy, or zoology. Conservative readers, on the other hand, prefer applied and commercial science topics such as criminology, medicine, and geophysics.

In observing that people’s tastes tend to align with their political positions, Shi wanted to take a closer look at political polarization, specifically. Can people with different political opinions work together? Or has the divide already widened too much? For answers, Shi looked to Wikipedia.

Wikipedia is managed by community organizers and lacks a centralized administration. “It has administrators, but they’re community appointed,” Shi points out. “There are no big leaders, though. It’s an organic community of editors.” This, Shi believes, makes it the perfect platform for observing political polarization. 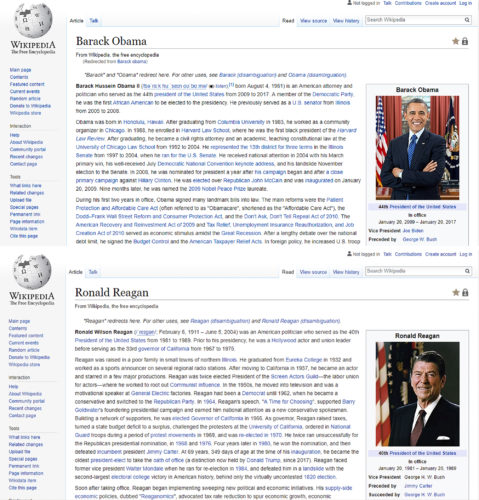 Political Wikipedia pages with the largest number of editors focused on specific people like Barack Obama and Ronald Reagan. Shi and his team also looked at pages covering topics like immigration reform, the presidential primaries, and various political organizations.

To learn each editor’s political leanings, Shi and his research team analyzed edit histories, which display the content editors contributed to both conservative and liberal political articles. The most popular pages they edited were on political figures such as Barack Obama, Al Gore, Ann Coulter, Rush Limbaugh, and Ronald Reagan. Using an algorithm developed by researchers at Wikimedia — the foundation that hosts the free, online encyclopedia — Shi could compare article quality to the political diversity of each team.

“We don’t really know which editor is liberal or conservative,” he says. “What you see is they’re editing history. So you know who edited which page and how much he or she edited. We use that behavior as a proxy for their political alignment.”

Based on that information, Shi developed his own algorithm to predict political alignment. To confirm its accuracy, the research team surveyed the editors, asking them to identify themselves as either liberal or conservative and democratic or republican.

“We don’t really know people’s political ideology without asking, so the algorithm looks at their behavior to infer their ideology,” he says. “And then, in the survey, we can directly ask the participants how they identify. About 70 percent of the time, our computational measure successfully classified people as liberal or conservative.” Editors who contribute equally to both sets of articles were categorized as “ideologically neutral.”

After uncovering which side of the aisle editors lean toward, Shi needed to explore how they actually communicate with one another. Each article on Wikipedia hosts a discussion page where contributors can debate edits, additions, and inaccuracies. Using natural language processing, Shi programmed a computer to examine these conversations, searching for moments when the editors collaborate.

Politically polarized teams had longer debates, more edits, and more discussions, according to Shi. And they are more focused. “They were focused on specific topics, compared to the more politically moderate teams,” he says. “But they were really talking in-depth about those things.”

Though liberal and conservative editors worked productively, that didn’t change their political leanings in any way — and their conversations weren’t always smooth or pleasant. But their diversity improved the outcome of their collaboration.

“It is still enjoyable to work with people like oneself and difficult to listen to voices from the other side,” Shi says. “But, in the end, the diversity of political opinions helps.”

Bill Shi is a data scientist at The Odum Institute for Research in Social Science. Special thanks to the Carolina Digital Repository (CDR) for making the research articles linked within this piece accessible to the public. Within University Libraries, the CDR provides long-term access and safekeeping for scholarly works, datasets, research materials, records, and audiovisual materials produced by the UNC community. To learn more about their work, visit cdr.lib.unc.edu.