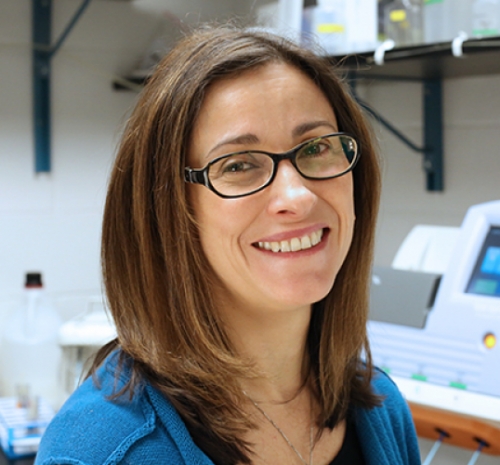 The moment of birth marks the beginning of a beautiful, lifelong relationship between a baby and the billions of microbes that will soon colonize his or her gastrointestinal tract.

Now UNC-Chapel Hill researchers have found that a baby’s diet during the first few months of life has a profound influence on the gut microbiome. This, in turn, influences the baby’s ability to transition to solid foods and may have long-term health effects.

“We found that babies who are fed only breast milk have microbial communities that seem more ready for the introduction of solid foods,” says Andrea Azcarate-Peril, a researcher in the Department of Cell Biology and Physiology. “The transition to solids is much more dramatic for the microbiomes of babies that are not exclusively breastfed. We think the microbiomes of nonexclusively breastfed babies could contribute to more stomach aches and colic.”

The discovery adds to the growing awareness that the gut microbiome plays a major role in helping us digest food and fight pathogens, among other functions. 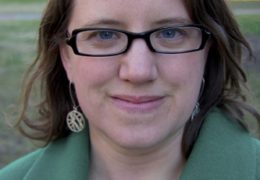 “This study provides yet more support for recommendations by the World Health Organization and others to breastfeed exclusively during the first six months of life,” says anthropologist Amanda Thompson, another of the study’s UNC authors. “We can see from the data that including formula in an infant’s diet does change the gut bacteria, even if you are also breastfeeding. Exclusive breastfeeding seems to smooth out the transition to solid foods.”

For this study, the research team collected stool samples and information about the diets and health of nine babies as they grew from ages 2 weeks to 14 months. Applying genomic sequencing techniques to the stool samples, the scientists deduced the types and functions of the bacteria in the babies’ gut microbiomes.

The analysis revealed that during the first few months of life, there were clear differences between the microbiomes of babies who were exclusively breastfed as compared to those fed both formula and breast milk. This finding is consistent with previous studies.

What surprised Thompson and Azcarate-Peril, who is the director of the UNC Microbiome Core Facility, was the drastic genetic differences in stool samples taken after babies began eating solid food. Researchers found differing amounts of about 20 bacterial enzymes in exclusively breastfed babies when compared to exclusively breastfed babies who received solid food. This indicated that some new bacterial species had entered the scene to process the new food types. In babies fed both formula and breast milk—and then introduced to solid foods—the samples revealed about 230 enzymes, indicating a much more dramatic shift in microbial composition. 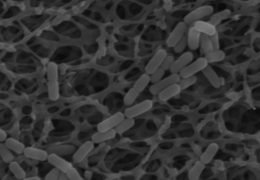 The microbiomes of exclusively breastfed babies tended to be less diverse and were dominated by Bifidobacterium, a type of bacteria considered beneficial for digestion. Babies fed a mixture of breast milk and formula had a lower proportion of Bifidobacterium.

The study suggests that the makeup of the microbiome can affect a baby’s ability to digest food in the short term and potentially influence long-term health.

Although microbiome research is still in its early stages, gut microbes are thought to potentially play a role in obesity, allergies, and gastrointestinal problems, such as irritable bowel syndrome.

“The study advances our understanding of how the gut microbiome develops early in life, which is clearly a really important time period for a person’s current and future health,” said Thompson.

The researchers also compared the microbiomes of babies that attended day care to those that stayed in the home. Attending day care was also associated with more diverse microbial communities overall, but feeding practices remained the most important factor influencing how the microbiome responded to the introduction of solid foods.

Other coauthors of the Frontiers in Cellular and Infection Microbiology paper include Maria Belen Cadenas, senior research associate, and Andrea Monteagudo-Mera, a postdoctoral research associate both at the UNC Microbiome Core Facility. Also, Michelle Lampl, the Samuel Dobbs Professor of Anthropology and director of the Emory Center for the Study of Human Health, is a coauthor.

The Microbiome Core Facility is supported in part by a National Institutes of Health / National Institute of Diabetes and Digestive and Kidney Diseases grant. The study was also funded through a University Research Council grant from UNC.