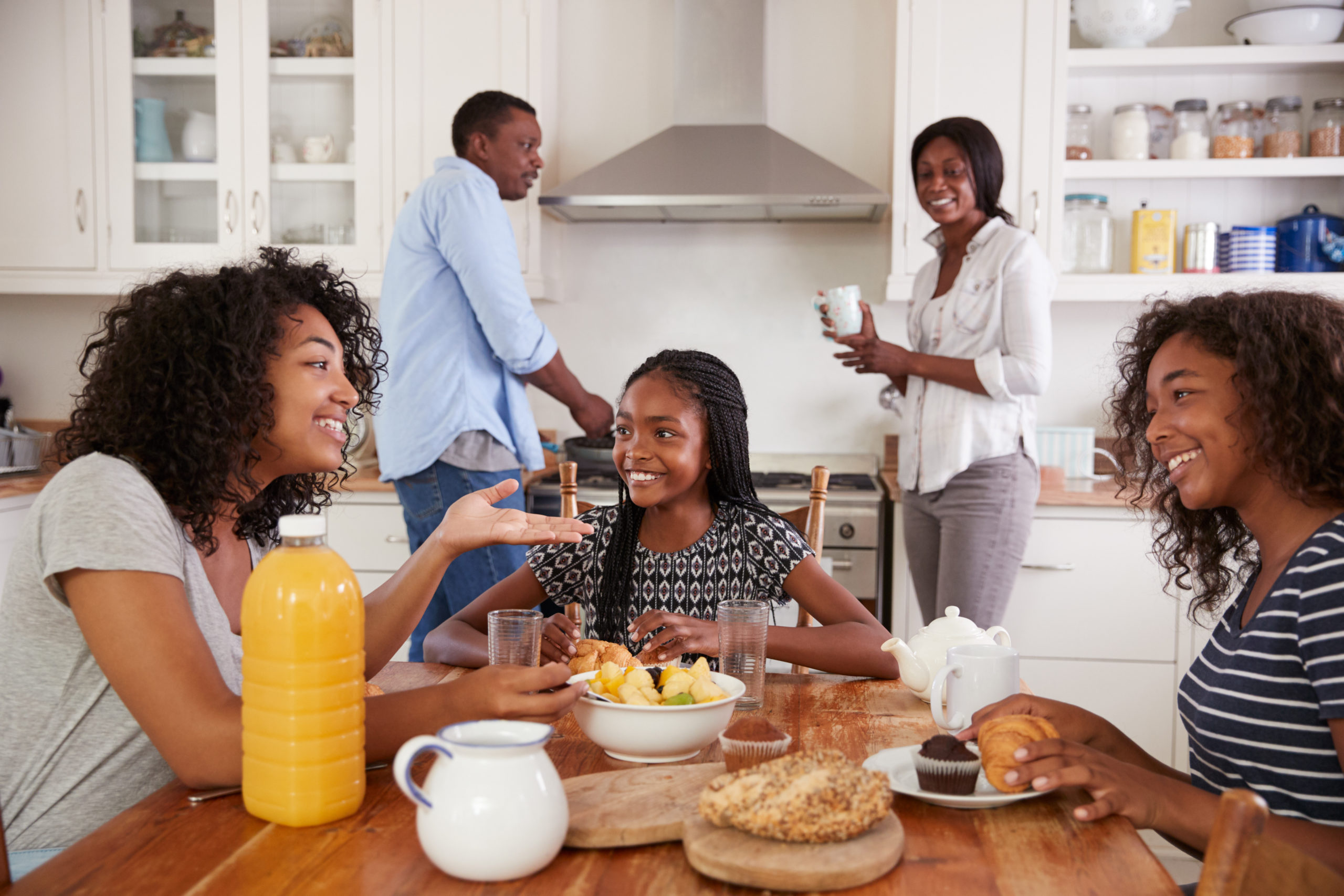 When she began working at the UNC Carolina Population Center (CPC) in 2002, Ping Chen was a fledgling PhD student. She studied social hierarchies and immigration, using the world’s largest comprehensive survey of adolescents to do so: The National Longitudinal Study of Adolescent to Adult Health (Add Health).

CPC researchers began following the lives of 20,000 teens between the ages of 12 and 17 in 1994. They asked them questions about family relationships, friendships, and sexual health. Add Health is a longitudinal study, which means it follows people over the course of their lives, providing researchers with knowledge needed to understand human development patterns, identify protective and risk factors, and pinpoint the cause of diseases. The study continues to follow participants, who are now in their late 30s and early 40s.

“The problem with most data is nobody knows what’s happened in between,” says Kathleen Mullan Harris, Add Health’s founding director. “For example, the idea that birth weight could be predictive of something that happens 50 years later. Without the data in between you have no way to test for that. Longitudinal data fills in those gaps and allows us to see how important these early life conditions are.”

Add Health data has been featured in more than 3,000 publications across 600 scientific journals. It has helped identify how social connections impact adolescents’ health, risk factors for obesity and depression, and the challenges people of varying ethnicities and socioeconomic statuses have as they move into adulthood including differences in college completion rates.

Harris began mentoring Chen as her dissertation advisor in the early 2000s. Just like the participants in the Add Health cohort, Harris has watched her grow and evolve at CPC. “What’s great about Ping is she thinks like a researcher,” Harris says. “She knows when she’s cleaned the data enough, makes good research decisions, and can work independently. That’s the advantage of working with one of your dissertation students.” 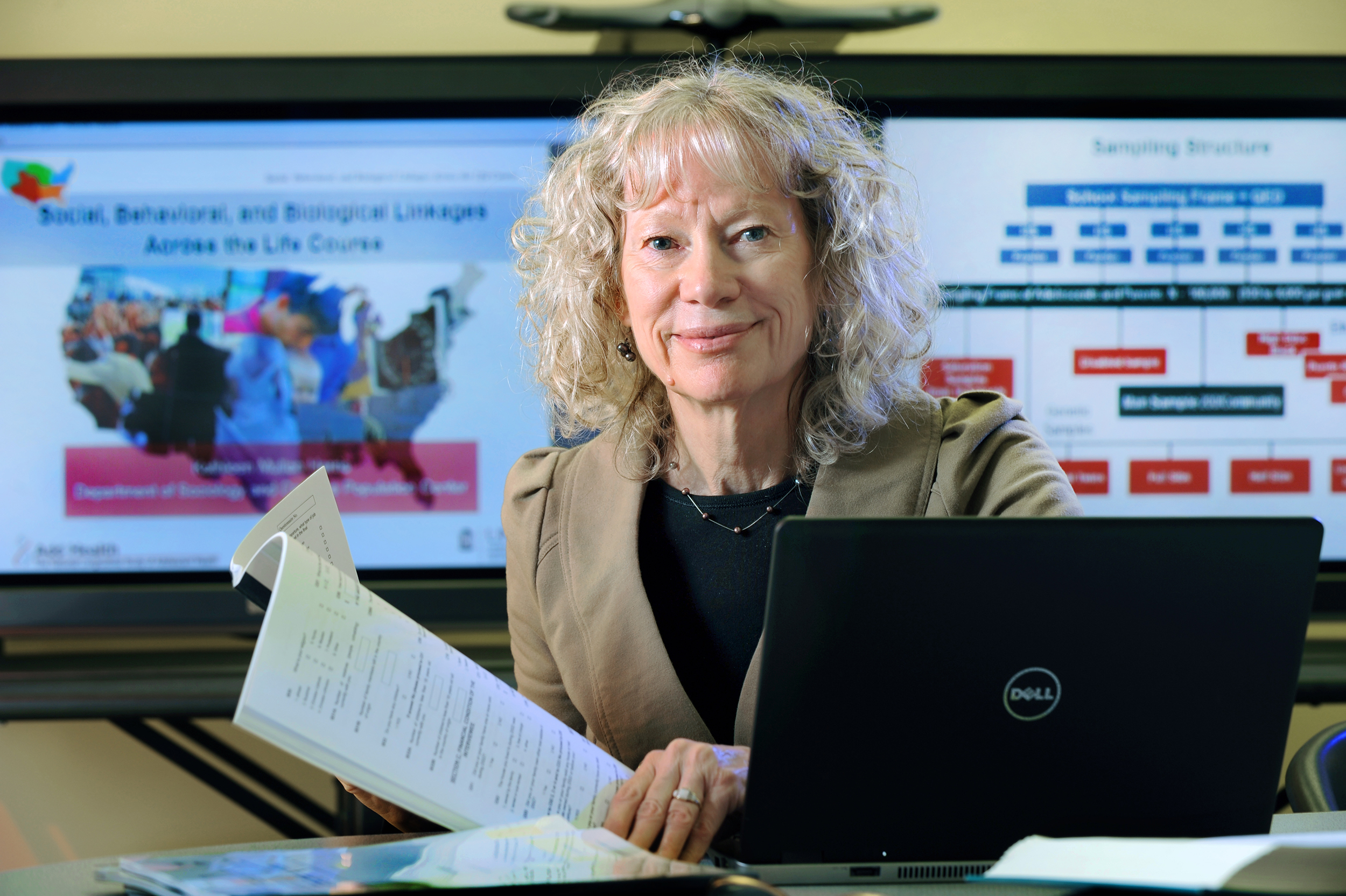 Kathleen Mullan Harris is the founding director of the National Longitudinal Study of Adolescent to Adult Health,a research project that began in 1995 that has followed more than 20,000 teens into adulthood. (photo by Donn Young) 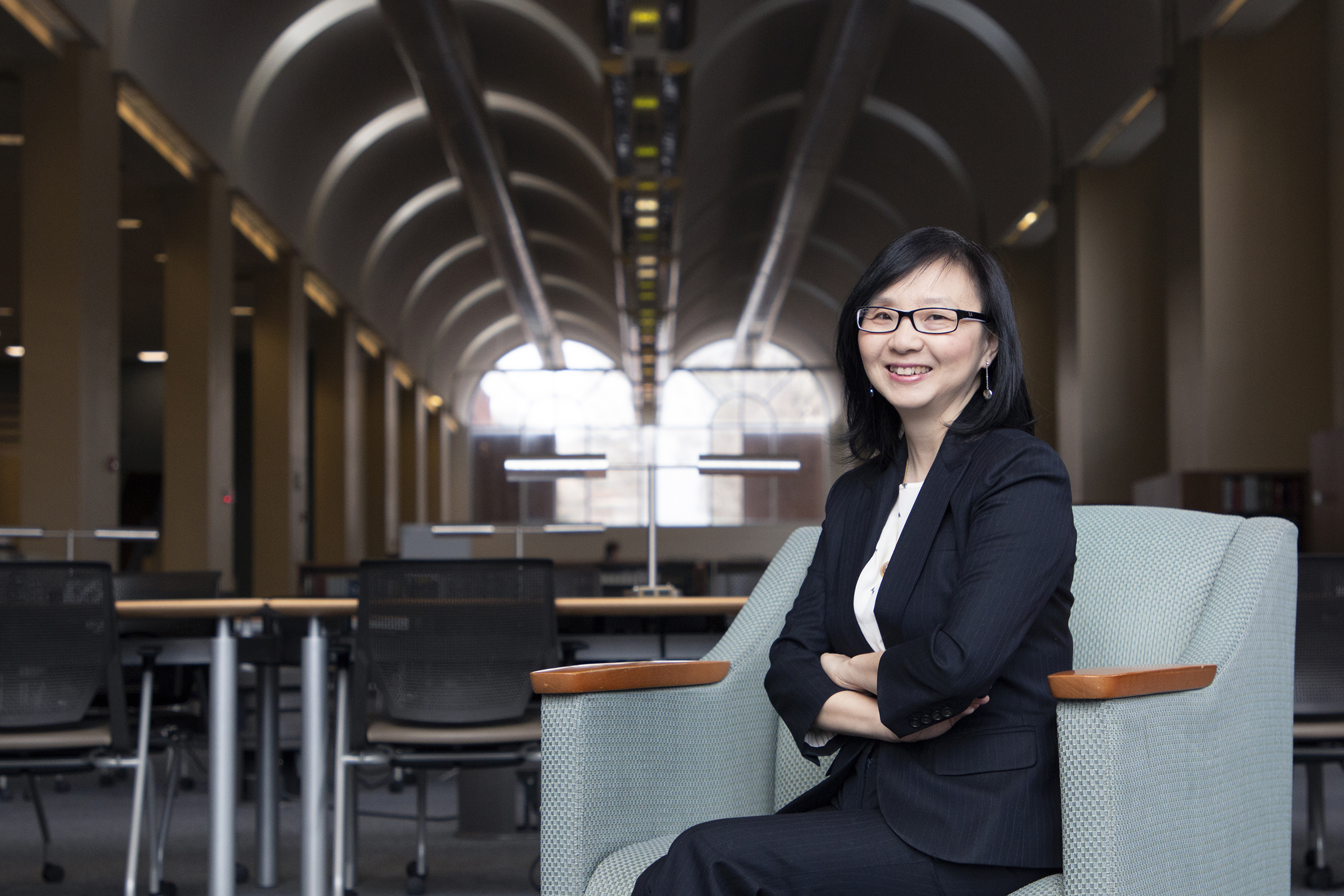 Ping Chen began her career at the Carolina Population Center as a PhD student in 2002. Today, she is a senior research scientist working on the Add Health study. (photo by Alyssa LaFaro)

Chen continues to work on Add Health almost two decades later. Now, she’s a senior research scientist at CPC, where she studies depression and mental health with a focus on parent-child relationships. More specifically, she’s using the study’s data to uncover how family relationships during adolescence impact mental health in middle age — the first research project ever to do so.

In the early 2000s, Chen was knee-deep in a research study on parent-child relationships in immigrant families. She and Harris discovered that when both the parents and child are foreign-born, their family relations are more positive. But if the child is born in the United States, they experience a mix of cultural barriers and generational conflict with their parents. For example, they can be embarrassed when their parents don’t speak English, according to Harris.

After uncovering these findings and then having her own children, Chen — born and raised in China — found herself wondering how her bond with them would affect them in adulthood.

While Chen is not the first researcher to ask such questions, a majority of research on the topic focuses on the risk factors that lead to depression later in life — things like neglect, physical and sexual abuse, financial insecurity, and residential mobility. Instead, Chen wanted to know the impact of protective factors and how that information might boost prevention efforts.

So with help from Harris, she developed a rigorous data analysis project including more than 18,000 teenagers’ responses to three questions in the Add Health study: how much they felt people in their family understood them, if they and their family had fun together, and how much their family paid attention to them. The findings were significant.

Adolescents who had strong relationships and minimal conflict within their immediate families experienced lower depressive symptoms in mid-life. What’s interesting, according to Chen, is how those factors affect women and men differently. When females develop deep bonds with family members, their chances of developing depression are greatly reduced, while males benefit more from less conflict in the home.

Social and emotional support during adolescence, according to the researchers, helps teens develop skills for coping with stressors and boosting mental health, ultimately preventing negative outcomes like premature deaths due to suicide, alcohol, or drugs in middle age.

“The long-term impact is kind of impressive, I think,” Ping says. “We didn’t expect it to last for so long, into people’s mid-30s.”

Chen and Harris also discovered that depression rates are higher in adolescence, dip down in the 20s, and then begin to rise again as people enter their 30s. Harris believes this aligns with the hope 20-somethings often have as they leave home for the first time. But our 30s bring a lot more responsibility: professional jobs, marriage, and children. These explorations do not necessarily apply to current adolescents, though, Harris says.

“The current generation is one of the first that will not achieve higher status than their parents,” she explains. “For prior generations, it seemed like opportunities were overflowing and education was going to give them big paybacks.”

Perhaps this is part of the reason mental health is such a large problem today — and it’s certainly one reason Chen wants to continue studying this topic.

Because this study is the first of its kind to examine how family relationships affect children’s mental health later in life, Chen and Harris walked away from it with more questions than answers. What does this mean for teens who experience conflict and have poor relationships with their families?

“Are they doomed?” one interviewer went so far as to ask them. And what other factors can teens build upon to improve the mental health of their future selves? Fortunately, Add Health provides a wealth of data for Chen and Harris to explore as they seek to answer these questions.

“It’s exciting because the data is so rich,” Chen says. “We have information for neighborhoods, communities, schools, families. We also have genetic and biological data. It’s a data warehouse.”

Chen hopes to study other aspects of social life like connections with friends, romantic partners, and community organizations like churches. Race and socioeconomic status should also be considered, Harris says.

“That’s probably a natural next step for the research,” Harris says. “In general, you find less family cohesion in lower socioeconomic status families because of multiple stressors.”

But there are anomalies, Chen points out. In her research on immigrants, she found that even less wealthy Hispanic and Asian families have higher levels of family cohesion because certain cultural values — like attending church — bring them together on a regular basis.

No matter what direction Chen and Harris take this research, they plan to continue focusing on how positive influences shape people’s mental health.

“I think protective factors are more informing — people can do something, they can change,” Chen says. “I think we should focus more on protection instead of risk.”

Ping Chen is a senior research scientist at the Carolina Population Center.