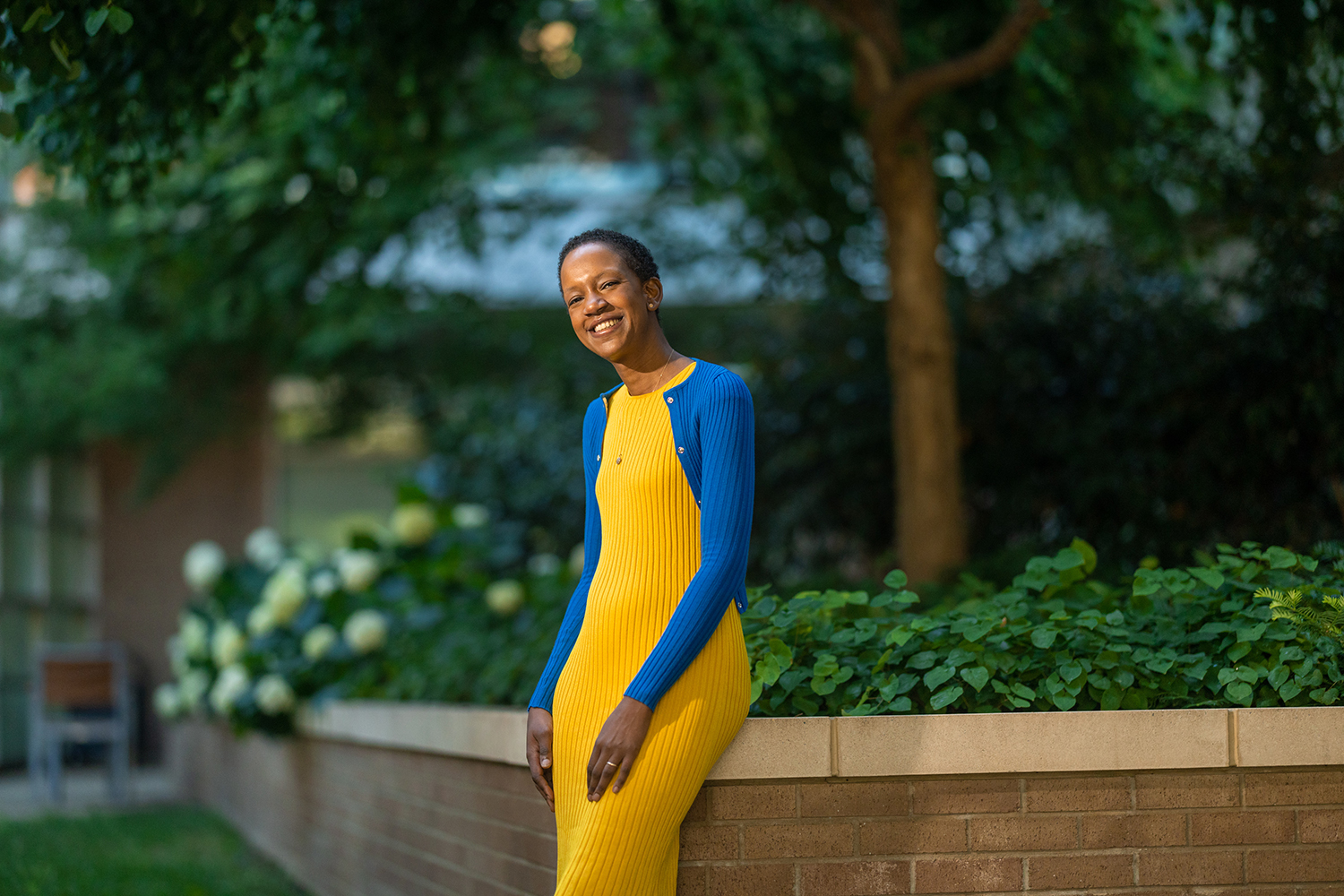 When Shekinah Elmore started medical school in 2010, she approached it with a mindset uncharacteristic of most first-year students: To do her best, and if her best wasn’t good enough, then that was okay.

“I think the overachiever types who often go to med school are very afraid of failure,” she shares. “And I think I was much more afraid of not giving it whatever I had, that failing would have been just a testament to the fact that I really wanted to try.”

Just two weeks before orientation began at Harvard University, Elmore underwent her last surgery from a double-cancer diagnosis: She had both breast and lung cancer. And she was far from done with recovery. In between classes, she attended her remaining chemotherapy appointments. Over winter break, she had breast reconstruction surgery.

While her oncologist advised her to put medical school on hold for a year, Elmore felt like she had waited long enough to get started — and her cancer diagnoses only pushed her onward.

“It’s definitely not a plan I’d recommend,” she says with a laugh. “It’s just this was a thing that worked for me.”

Now a radiation oncologist at UNC-Chapel Hill, Elmore focuses on individualized care for her patients and strives to help them figure out how to fit that care into their lives.

“The medical part is almost the easier part,” she admits. “We have big studies. We have lots of good research. We know exactly what to do. The harder part is tailoring and individualizing care so that it meets the rest of what you need in your life.”

Anything but a doctor

When Elmore was 7 years old, she thought doctors were “the worst thing in the world.” She says this with a laugh, but then grows somber.

“I felt like they didn’t really treat me like a human being. They just didn’t have great bedside manner. I hated it,” she shares.

Elmore had encountered more doctors than most kids. She had already undergone heart surgery for a congenital defect that left a hole in her heart.

Shortly after, she found a small, round lump in front of her left ear. Her doctor was sure it was a cyst, but when the surgeon went to remove it, he realized it was rhabdomyosarcoma — a rare type of cancer that forms in soft tissue. This meant Elmore had to go back under anesthesia for a more complicated surgery. But it went well, and she didn’t undergo any radiation or chemotherapy.

When she was about 12 years old, a more aggressive form of the cancer returned in the same spot as before. She had another surgery, radiation, and chemotherapy.

While this round of cancer was brutal, her oncologist — Brian Greffe — was phenomenal.

“He was, I think, everything someone would want in a doctor. He really made me feel like an individual. He got to know me as a person,” she remembers.

Elmore discovered that Greffe shared her love for musical theater and was active in the local opera house where she lived. She even went to see him in a show.

“It was the first time I saw that doctors could be human beings, which I think is a really important part of the way I think about medicine.”

The road to radiation oncology

While Greffe made an impression on her, Elmore remained uninterested in becoming a doctor until years later while in the middle of her master’s of public health program at Columbia University. There, she met numerous physicians who were engaged in both research and clinical care — and also “had rich lives and interests outside of that.”

“It was then that I made this decision that I really loved medicine,” she says.

At the age of 27, while interviewing for medical schools in 2010, she discovered a lump in her breast.

Her doctors found that she actually had two different kinds of cancer: a locally advanced breast cancer and an early-stage lung cancer.

Why is this happening now, she wondered. I have finally found this beautiful career. How will I shift everything to meet reality?

Mentally processing that she had cancer again was much harder for her this time around. Her oncologist recommended she put medical school on hold. At first, this seemed like the reasonable thing to do, but then Elmore really thought about it. No, she was still going to enroll for classes.

After a year of treatment, she began medical school at Harvard. She knew this was the right move almost immediately. She was surrounded by smart, interesting people and felt like she was part of a bigger community.

Soon, she began thinking about her specialty and wasn’t sure what she’d choose. With her background in public health, maybe primary care was the right path. Then again, perhaps cardiology. It definitely wouldn’t be oncology.

“I did not want to go into anything related to cancer,” she says. “I felt like that would be too much.”

But then she spent a year abroad, working with the staff at the Butaro Cancer Center of Excellence in Rwanda. She learned the ins and outs of setting up a cancer center in a rural place that lacked resources and worked with a handful of clinical oncologists in the region who unpacked the challenges of radiation therapy, which requires daily treatments that can become a huge disruption in people’s lives.

“You have to understand a lot about people’s lives because you have to know how they’re going to get to radiation every day. Who’s going to drive them? Do they have the support system to sustain that? Can they get off time from their job?”

When she returned to the U.S., she began her radiation oncology rotation. Two days in, she knew this was what she wanted to do for the rest of her life.

“It happened slowly and then all at once,” she shares. “That intimacy with people’s lives and who they were combined with this knowledge about cancer — I was like, Oh this is a really good fit. And I’ve never looked back.”

For the past two years, Elmore has worked as an attending physician at UNC’s Lineberger Comprehensive Cancer Center. While she doesn’t often share her personal experience with her patients, she still applies many of the lessons she learned in her approach. She lets them know that there will always be time for them to ask questions and that no question is frivolous.

“I also try to celebrate with people the small, good things that happen if they’re open to that,” she says. “It’s so easy to hang onto the dark and heavy. We need more, Today is good. Today I got a good result. Today I’m going to celebrate.”

As a researcher, she works with UNC Project Malawi, a collaboration with the Malawi Ministry of Health to improve clinical care across the country. There, she partners with pathologist Tamiwe Tomoka to improve health equity for cancer care and, more specifically, the survival of young women with locally advanced breast cancer.

At Carolina, she works with Black patients with prostate cancer to understand their perspectives on shared decision-making. Previous studies suggest that Black patients experience more treatment-related regret for their decisions and have worse survival rates when compared to white patients. For this study, she’s surveying participants about their experiences, asking them about decision-making, their doctors, and their perceptions of telemedicine.

“I think my interest in this comes from my experiences as a patient with cancer and my father’s experiences with prostate cancer,” she says. “How do we as physicians — as a medical system — make it easier and more affirming to decide with your doctor what the best thing to do is? How do we take all these treatments we have, these medical advances, and help people make a decision that they will be happy with down the road?”

She already has part of the answer: Slowly, and then all at once.

Shekinah Elmore is an assistant professor in the departments of Radiation Oncology and Urology within the UNC School of Medicine. She is also a practicing physician and a member of the cancer leadership team for UNC Project Malawi.