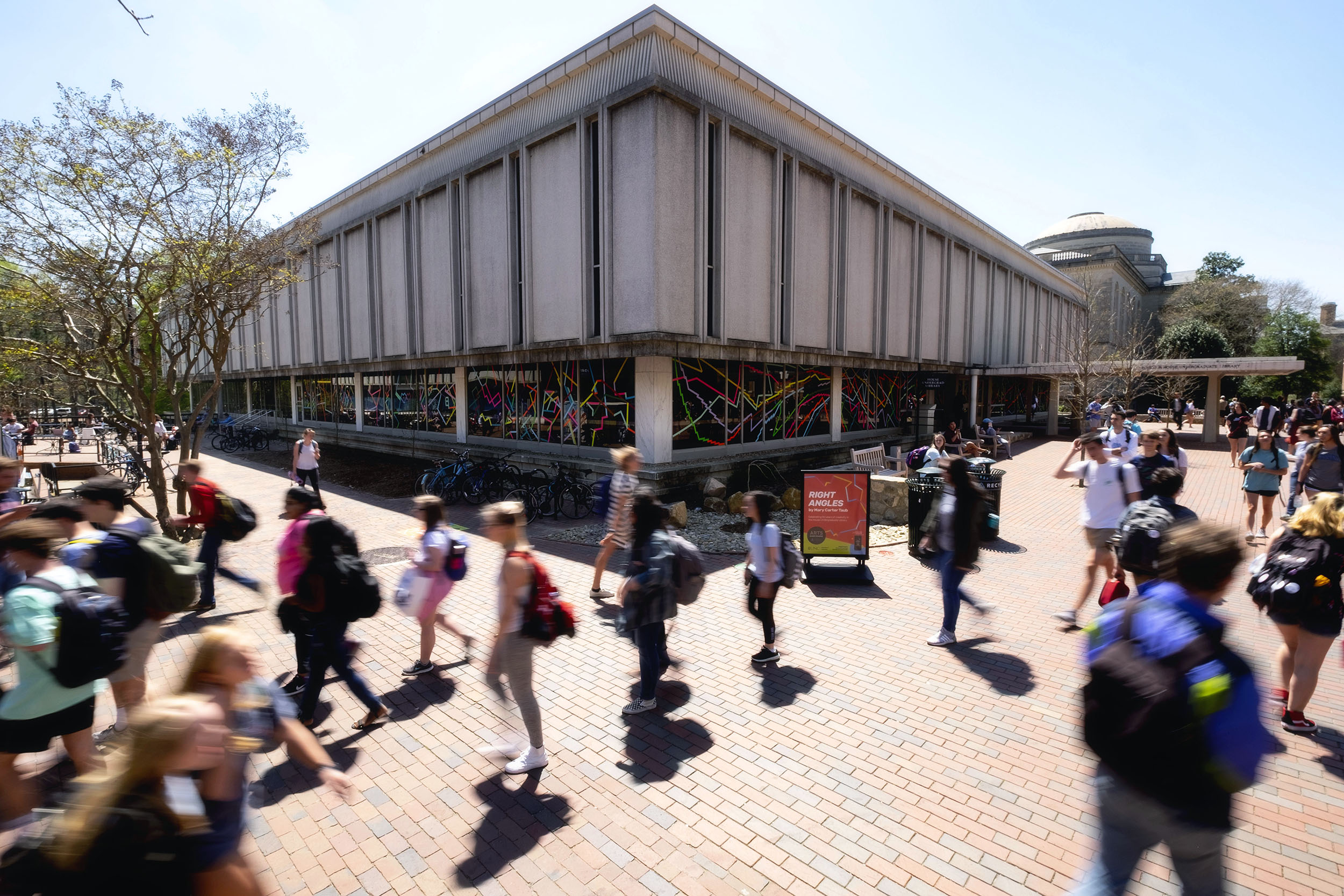 You are sitting on a train, headed to work. The commute takes about an hour, so you put in your earbuds to listen to the new album from your favorite band. You become deeply absorbed in the music and the lyrics. Then, suddenly, you feel a jolt. You look out the window and realize the train has arrived at the station near your office. You’re almost confused by how quickly time has passed. What felt like 20 minutes was actually 60.

We have all experienced this phenomenon in one way or another. Sometimes it happens while listening to music, or during a first date that’s going well, or when a 30-minute nap feels like five. Conversely, we’ve also sat through slower-than-life lectures, experienced seemingly never-ending workdays, and slogged through a novel or two.

Why does time move at a snail’s pace one minute and a hare’s sprint the next?

That’s what Carla Merino-Rajme wants to figure out. As a UNC philosopher, she studies phenomenology, a discipline that unpacks human experiences and consciousness. More specifically, she researches the phenomenology of time — what humans feel when they experience time.

“Some philosophers think we don’t get to experience time,” she says. “But, for me, it is hard to deny that we do.”

How does she study this? What does it look like? And why is the topic important to not only the field of philosophy, but other fields like psychology?

The path to phenomena

While the field of phenomenology found its footing in the early 20th century, the word itself was coined by Johann Heinrich Lambert, an 18th-century Swiss German mathematician and philosopher. He described it as the science “to achieve truth beginning from illusion.”

A few hundred years later, in an effort to make philosophy “a rigorous science,” Edmund Husserl encouraged his fellow philosophers to focus their attention on the phenomena of consciousness to develop a foundation of certain knowledge rather than mere assumptions — a shift he believed would elevate the field above other disciplines.

Today, phenomenologists study everything from empathy to intuition. They do this by investigating their own experiences, discussing their ideas with colleagues, reading the viewpoints of past and present philosophers, and working out their curiosities on paper. Oftentimes, they use logic and knowledge from other fields to aid them in this work. 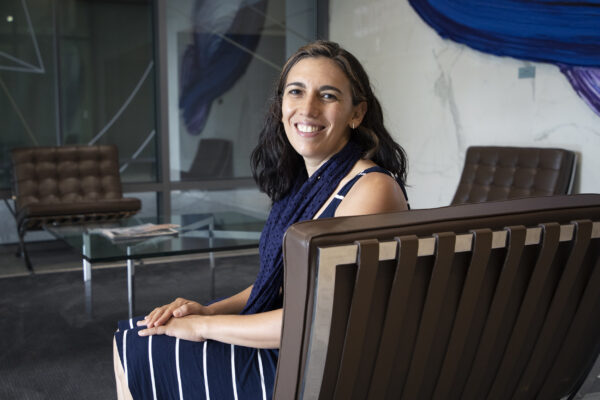 Merino-Rajme chose to study the phenomenology of time in graduate school while working on her dissertation. She was researching personal identity and wanted to know how someone could continue to be the same person over time.

“How is it that I am the same person today as I was yesterday and not someone that is merely similar to the earlier person, someone who inherited the memories of my past self?” she says.

While she found the topic fascinating, it led her to other questions: How does time pass, and how do we experience that passage?

Merino-Rajme grew interested in how we experience hour-long events like lectures, dinners, and commutes — and she soon discovered there was little philosophical discussion for this specific timeframe. That lack of literature, she felt, suggested that most philosophers believed we don’t experience longer durations.

And Merino-Rajme found herself disagreeing with them. She thinks we experience time, specifically these hour-long events, just as we experience color and sound. We perceive it, feel it, pay attention to it.

“I find that time — and, in particular, duration — is as immediate to me as redness, loudness, or sourness,” she says.

Most of what we experience is attached to time and has a “felt duration,” according to Merino-Rajme. She argues that time can be measured in “bursts” that are almost always the same size and that our experience of their sum represents the duration of an event. Think of it like a movie, where the entire film is a series of bursts and each burst is one short-lived scene.

For the movies that keep you on the edge of your seat, it feels like time passes exponentially fast. What’s interesting about that is it’s not as if the movie itself has sped up — we continue to take in each individual scene at its usual pace, process the dialogue, and understand the overall plot — but somehow it feels like the whole movie flew by.

That’s because experiencing these bursts is not enough to impact our experience of the duration of the event. We must also actively notice them, Merino-Rajme says. She calls this conscious counting.

“Conscious counting is not going one, two, three in your mind. It’s like when you see five apples, and the five-ness of it strikes you,” she says. “You see that there are five, and you’re not counting them — you’re just aware of the five-ness.”

When time “speeds up,” Merino-Rajme thinks we undercount bursts, and when it “slows,” we over-count them.

“When you’re engrossed in something, you don’t have attention left for this conscious counting mechanism,” she says. “When you’re bored, it’s the opposite. You have too much attention. You’re looking at it more than you would normally.”

Consider the opening anecdote of listening to music while commuting to work. The train ride feels like it lasts for 20 minutes because we get distracted by the music, undercounting the trip’s experiential bursts. But what about the music? While the commute feels short, the music was heard in full.

In a recent paper, Merino-Rajme argues that what happens here is that our experience of time becomes fragmented. She thinks of it like a timeline, where one timeline is the train ride and the other is the music.

To show this, she moves her finger in a straight line across the air.

“You wake up, you have coffee, you get yourself to the train station, and so on. And then you get absorbed in the music.”

Her hand pauses, and then swoops down to a different “timeline” below. It begins to move forward again.

In a way, it’s like being in two places at once. Merino-Rajme believes that this explanation is needed because listening to music requires experiencing time.

A tool to change your mind

Just as literature, art, and music provides perspective about our lives, so does philosophy. Merino-Rajme’s research encourages us to delve deeper into the human experience and understand ourselves better. Even if her theory isn’t correct, she says, it challenges us to search for answers elsewhere.

Still, with topics like the one Merino-Rajme studies, people want to know how it can be applied in the real world. It might have potential for the field of psychology. If we understand how time passes, that might provide a logical explanation for what our brain experiences during moments of stress, anxiety, depression, and mania.

Merino-Rajme is also interested in how it applies to meditation and mindfulness.

“It’s interesting that there’s this difference of zoning in and zoning out,” she says. “When you zone out, you’re lost in thought. These would be the cases where you lose track of time. But there are other cases where you zone into what’s going on. You’re in the present, or in the flow, and that also affects your experience of time.”

Could this be a tool to alter our mindsets during difficult moments? Merino-Rajme doesn’t have the answer — yet — and that’s what makes philosophy so exciting for her.

“I have always had philosophical questions — ones that are hard to answer,” she says, her eyes widening with delight. “Those that invite one to wonder. And this is what I find most fascinating.”

Carla Merino-Rajme is an assistant professor in the Department of Philosophy within the UNC College of Arts & Sciences.